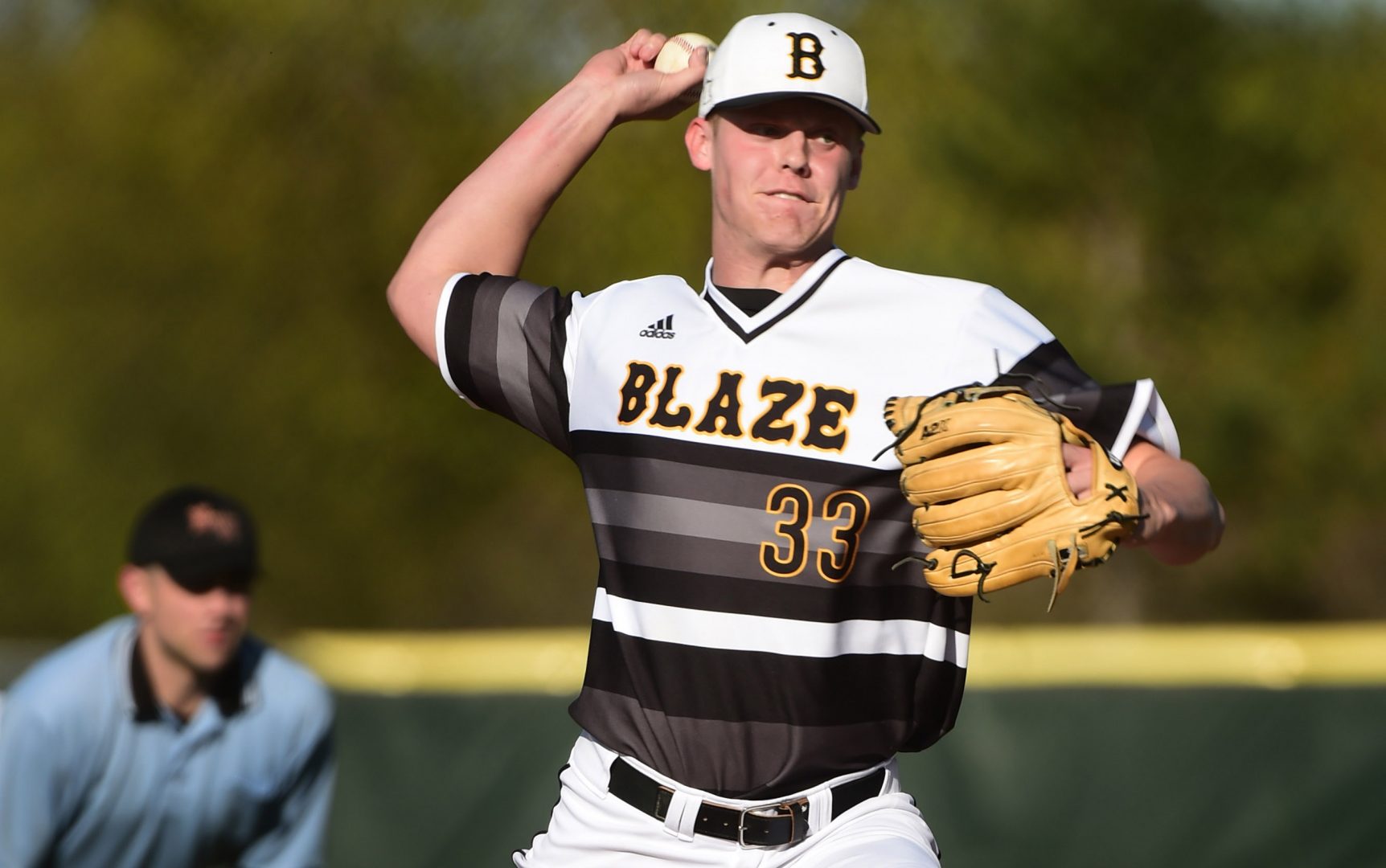 Sam Carlson pitches for Burnsville against Prior Lake in high school baseball game in Burnsville on Tuesday, May 2, 2017. Carlson is a possible first-round pick in June's major league draft. (Scott Takushi / Pioneer Press)

With draft about a month away, it’s as good time as any, to start to familiarize ourselves to some of the bigger named-players in the draft. Today we will look at Sam Carlson.

Sam Carlson is thought to be the best high school draft prospect to come out of Minnesota since Joe Mauer, and he could be the first Minnesotan prep pitcher to ever be drafted in the first round of the MLB draft. Carlson is also a hitting prospect, and would be a two-way player if he were to go to college. With that said, when he gets drafted it will be as a pitcher.

As a pitcher, Carlson is often compared to Oakland A’s prospect Logan Shore — because they are from the same state, and were once known as primarily fastball/change-up pitchers. However, there is reason to think he could develop into a better prospect than Shore. One major reason is that Carlson’s velocity seems to be increasing, he was throwing in the 88-92 mph range last summer, and is now at 93-97 mph.

Carlson is currently a three-pitch pitcher; he throws a fastball, a slider and a change-up. As mentioned above his fastball currently sits at around 93-97 mph, and is known to have a lot movement. His second-best pitch is his change-up which he has used as his primary outpitch over his high school career. His slider on the other hand was always thought to be a work in progress, and it was only this year that it has really become a reliable offering. MLB.com projects his slider to become an above average breaking-ball, which would give Carlson three above-average pitches. Furthermore, he also has above-average command and control of all of his pitches.

Baseball America, Keith Law, and MLB.com, all agree that Carlson is the 15th best prospect in the upcoming draft. Considering how late his season started this year there is a strong possibility that he’ll be ranked higher on teams’ draft boards, and very well might be gone by the time the Yankees pick at 16th in the draft.