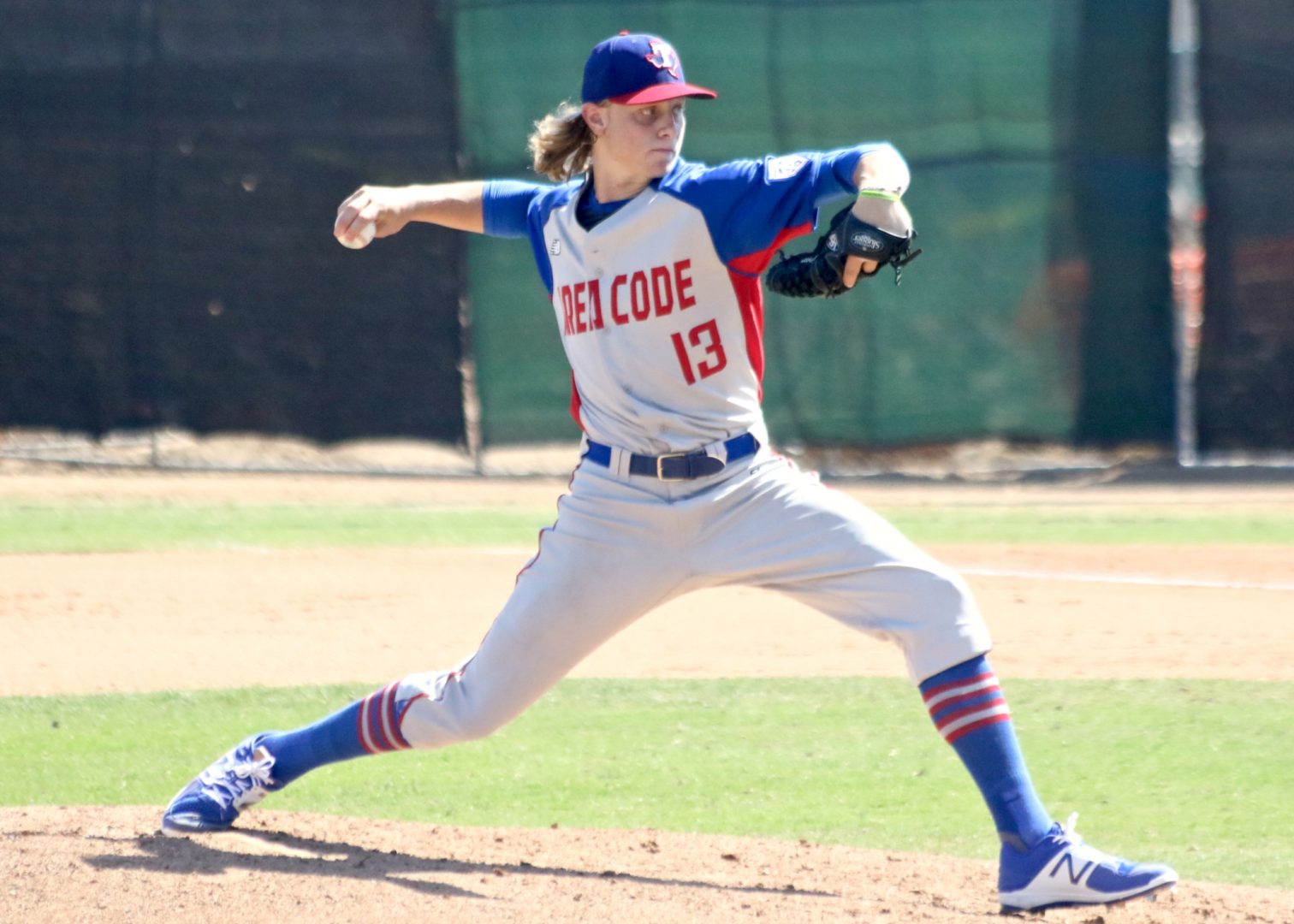 So far, I have profiled a lot of great high school pitchers, but Shane Baz is unlike any I profiled to this point. While most prep pitchers are known for having one or two solid pitches, Baz has a five-pitch arsenal, which is more than most college players in this draft. All five of his pitches are viable options, which is remarkable as he is one of the youngest players in this year’s draft.

Baz is committed to TCU, and if he elects to enroll there, he would be a two-way player. He currently plays third base. As a position player he has shown impressive raw power, and from past interviews, it does sound like he wants to be a two-player. In a 2016 interview with Baseball America, Baz said he idolizes Luken Baker because he is regarded as such a good two-way player.

With that said he understands that he is a better prospect on the mound, and so far, there has been no reports of his commitment to TCU being unbreakable. If he gets drafted early, and there’s no reason why he should not, he is probably going pro.

As stated above, Baz is a 5-pitch pitcher. His best pitch is his fastball, which sits 92-95 MPH and has peaked at 98 MPH. MLB.com rates the pitch as a 65, and BA tool rankings show that the only prep pitcher with a better fastball is Hunter Green. His second-best pitch is an upper 80s cutter, which is also graded as plus by MLB.com.

He has two breaking pitches; a mid-80s slider, and an upper 70s curveball. Both pitches are graded as above-average by MLB.com, and both pitches have flashed plus potential. His slider is considered the better of the two breaking balls and is ranked and third best breaking ball in this year’s prep class by BA. The only prep pitchers with a better breaking pitch are D.L. Hall (curveball) and Blayne Enlow (curveball), so it could be said that he has the best slider of any prep pitcher. His last pitch is a change-up, which he still needs to work on, but is considered a usable pitch and is projected to be an average pitch in the future.

Baz’ biggest weakness is that he sometimes relies too much on his secondary pitches, and that can lead to control and command issues. He might not have the best command or control at the moment, but neither are expected to be a problem in the future.

Baz is ranked as the 11th best prospect by BA, the 12th best by MLB.com, and the 45th best by Keith Law. In recent mocks, Baz hasn’t fallen to the Yankees pick, and I feel that if he does fall to the 16th pick, it probably means teams think he’s going to TCU. Based on past interviews it does sound like he wants to be a two-way player, and while some with multiple first-round picks might have enough money to change his mind, I don’t think the Yankees do.