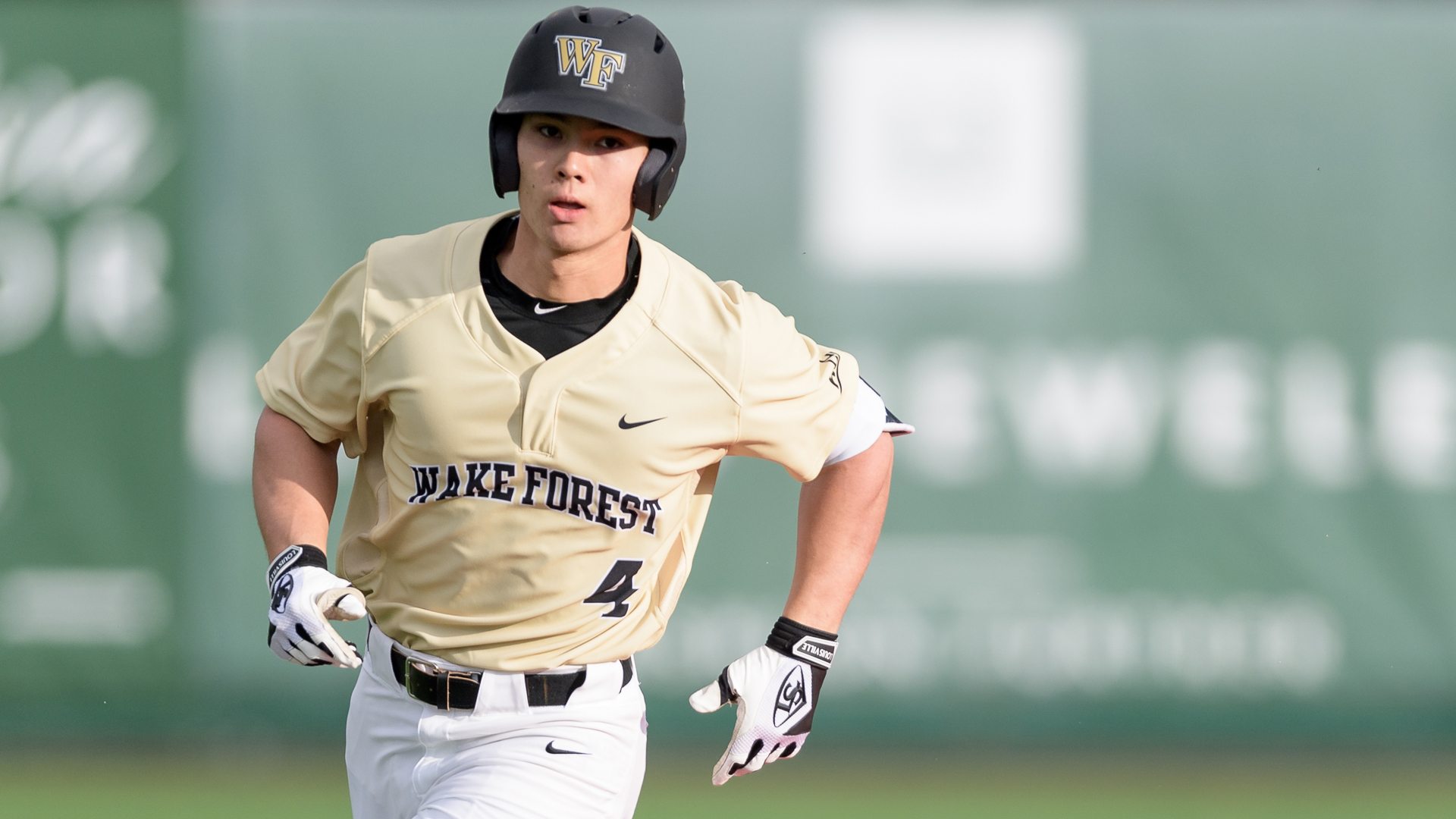 Fairchild was drafted in the 38th round of the 2014 draft but would’ve been taken much earlier based on his talent. He was ranked as Baseball America’s 271st best prospect and only fell in the draft because teams knew he wanted to go to Wake Forrest for a good education. It turns out that his decision to focus on his studies was a wise decision, as his draft stock has gone up significantly since 2014.

Fairchild’s ascent as a draft prospect starting with a strong freshman season, where he had the following slash line: .349/.429/.497. He then went on to endure a literal sophomore slump in 2016 batting; .293/.403/.470. He has a big bounce back season this year, and his junior season has easily been the best of his career.

This season Fairchild has produced the following numbers: .353/.430/.621. He has hit 15 homers this season, which is five more than his first two seasons combined, he has also stolen a career-high 17 bases. His walks are down, and his strikeout rate is a bit higher than it was last year, but overall this is easily the best season of his college career.
Scouting Report:

Fairchild has a lot of offensive upside, as he has the right combination of speed and power. He hasn’t shown consistent power until this past season, but evaluators have always thought that he would hit for pop, and as now it looks like he could be a future 20-20 player.
With that said he has a major weakness on offense, and that’s his hit tool, which is projected to be below average by MLB.com. His struggles with the bat were magnified in the Cape Cod League—where hitters use wood bats– last summer, as he only hit .234.

Fairchild’s defensive skills are a bit of a mystery, as there seems to a lot of conflicting reports on just how well he can play centerfield. MLB.com scouting profile says that he’ll need to improve his routes to stick in center and that he has a below average arm, however other pundits have stated that he has a plus arm, and overall is a plus defender. The only aspects of his defensive game that people seem to agree on is that he has good range in center due to his speed and that he has an accurate arm.

Fairchild will have to prove he make consistent contact throughout minor league career, but overall, he has enough good tools to be selected within the first two rounds of the MLB draft. Considering the scarcity of college bats in this draft, some team will probably reach for him a bit early, but that team probably won’t be the Yankees. He’s been ranked as the 41st best prospect by BA, and the 68th best prospect by MLB.com, so the Yankees pick might be too small to take a chance on a player like Fairchild. But if he falls to the second round, I feel that he would be a good pick for the Yankees.