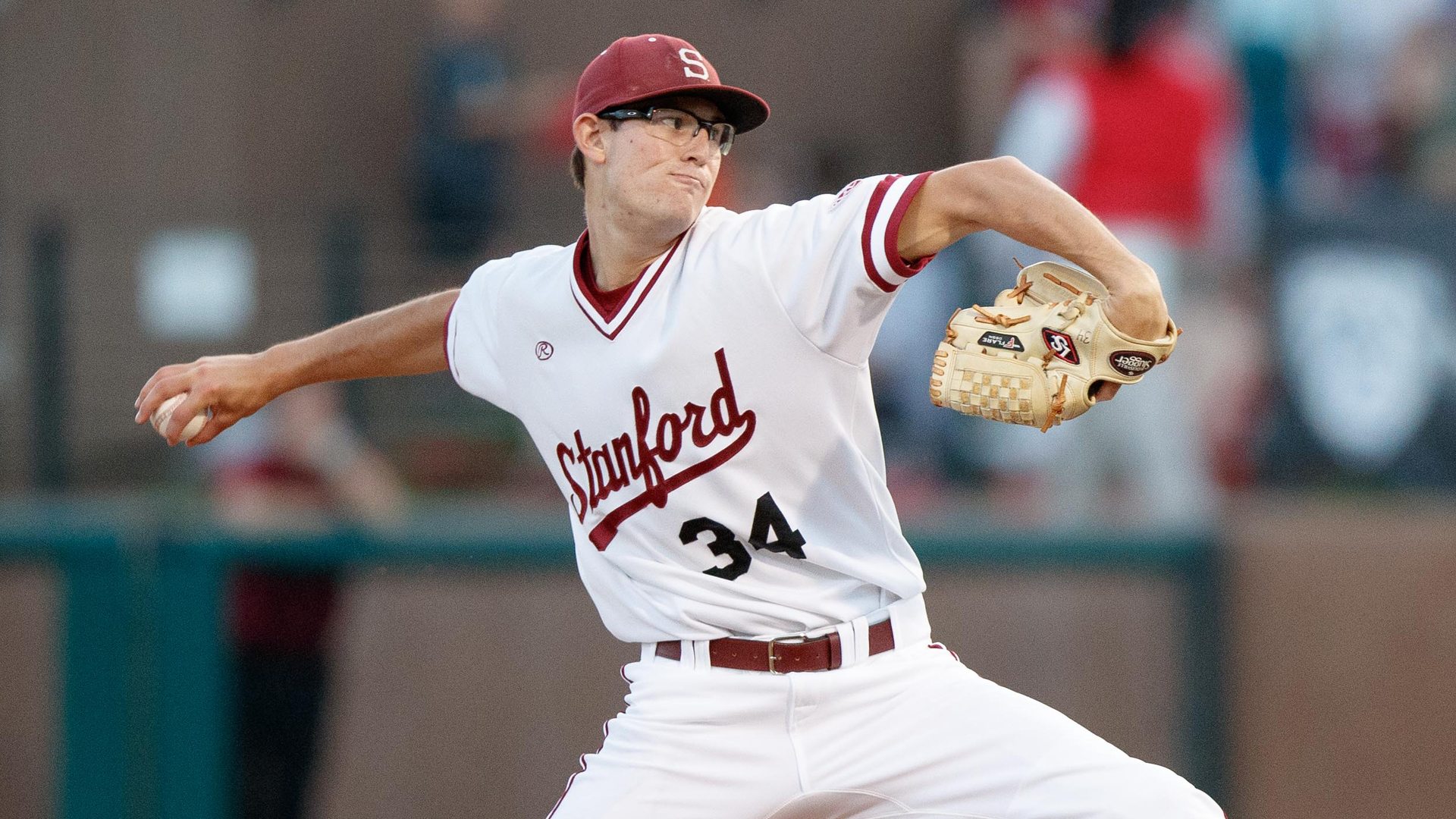 Tristan Beck is a right-handed pitcher out of Stanford, who was initially a 34th round selection by the Milwaukee Brewers in the 2015 MLB Draft before opting for college. The Corona, California native quickly developed into the ace of the Stanford staff as a freshman in 2016, recording a team-leading 2.48 ERA and struck out a season-high 11 in an April 22 loss to Arizona State. Beck entered his sophomore season as a preseason second-team All-American, but a stress fracture in his back prevented him from facing any live competition.

For a starting pitcher, Beck has a slight frame at 6’4” and 160 pounds and will need to fill out as he continues his develop. He throws a fastball ranging from the low to mid-90s, a curveball with a 12-6 movement that drops down and away to right-handed hitters, and a changeup as a secondary offering. Beck is a quick worker with a delivery coming across his body, enabling him to have better than average command and avoid deep counts.

The University of Stanford has a reputation for developing high-quality pitchers in the first round of the MLB Draft (Mike Mussina 20th overall in 1990 and Mark Appel 1st overall in 2013). After a promising freshman season, many experts believed Beck was on his way to a similar trajectory, but the stress fracture in his back remains a concern and could cause him to slide towards the middle or lower ends of the first round.

In addition, Beck only has one season under his belt in the Pac-12 and could benefit from more experience. The Yankees in recent years have not shied away from selecting pitchers with an injury history if the potential outweighs the risks. If Beck can make a successful return to the mound before the collegiate season ends, he will look to attempt to replicate his promising freshman season with the Stanford and re-establish his draft stock.