Early Power Not Enough in 7-3 Loss to 'Ducks 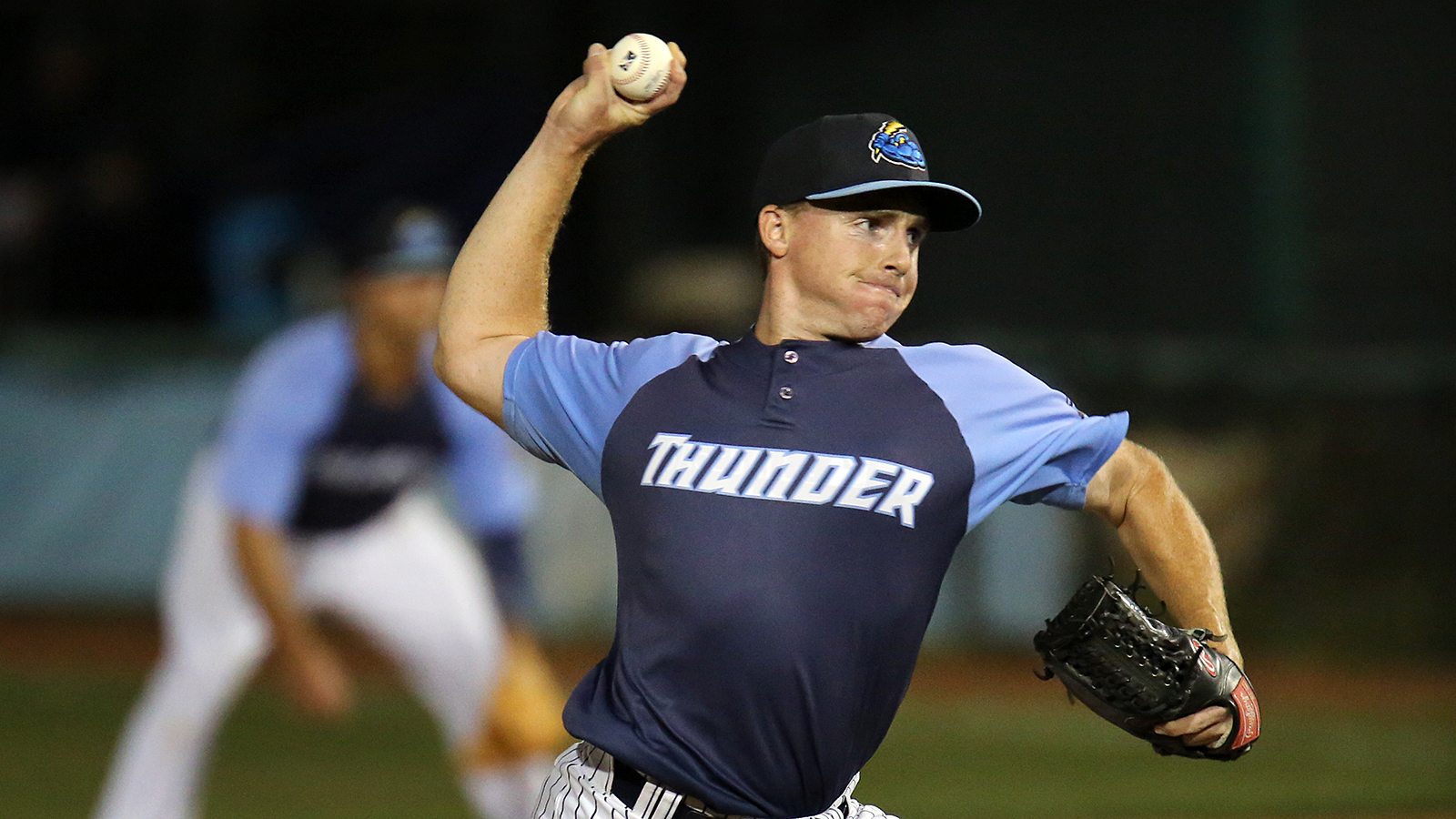 AKRON, OH – The Trenton Thunder scored first for the fourth time in four games this season, but for a third time they weren’t able to hang on to a lead in a 7-3 loss to the Akron RubberDucks Monday night.

Before 4,097 fans at Canal Park who were clamoring to watch two-time AL All-Star Jason Kipnis (0-for-3, 3 K)  rehab for the Cleveland Indians’ Double-A affiliate, the Thunder jumped out to a 1-0 lead in the second inning. Leading-off against Akron starting pitcher Luis Lugo, Mike Ford crushed a ball off the batters’ eye in dead centerfield for the first run of the game.

Akron would grab hold of the lead with a pair of runs in the bottom of the 2nd inning off Domingo German, who was making his Double-A debut for the Thunder. The second run was unearned, and after the ‘Ducks added two more in the bottom of the 3rd inning their 4-1 lead eventually grew to 7-2 heading into the 9th inning.

German hit his stride at the end of his outing, retiring the final five men he faced included striking out the last three on nine pitches. He gave way to Eric Ruth who made his season debut after being transferred from Extended Spring Training prior to the game. At one point, German and Ruth combined to strike out 8-in-a-row on just 29 pitches and retired 10 straight batters (9 K’s) on 34 pitches.

The Thunder and the RubberDucks return to action Tuesday night with a 6:35 p.m. scheduled first pitch. The Thunder starting pitcher is TBA, while Akron is set to throw RHP Julian Merryweather (0-1, 22.50). Pregame coverage begins at 6:20 p.m. online at www.trentonthunder.com/broadcast.