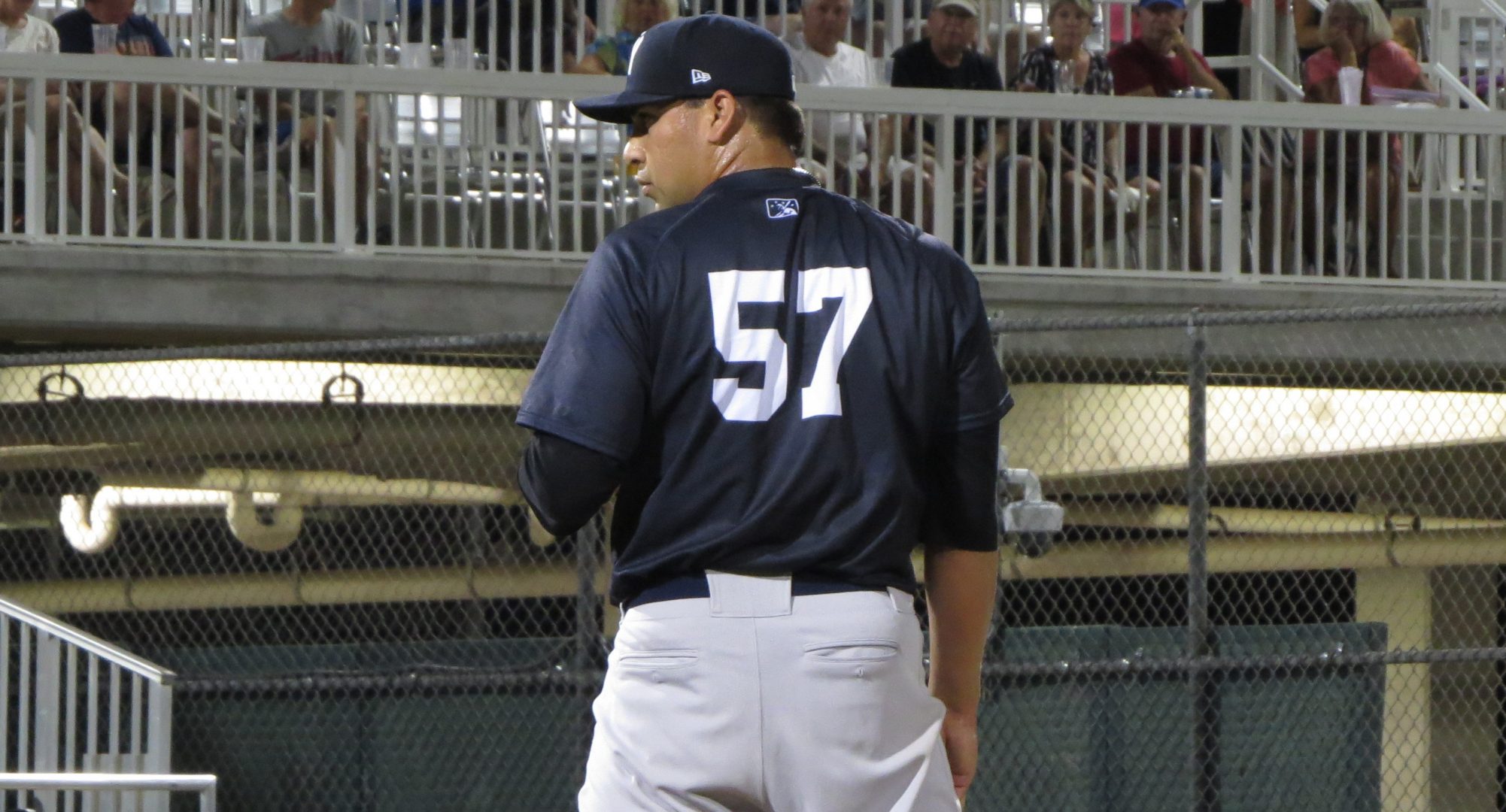 The Tampa Yankees came from behind to win their third consecutive game yesterday to become the only team in the Florida State League to remain undefeated so far during the 2016 campaign.  Today they look to continue those winning ways when right-handed pitcher Gabe Encinas will take the mound.

With a low-to-mid 90s four-seam fastball, low-90s two-seamer, a curveball and a changeup Gabe has the stuff to keep batters off balance and keep the Tampa winning streak going.  At one point he was considered one of the top pitching prospects in the system but since fallen due to injuries.

Tampa will be facing AJ Ladwig, a 23-year old right-handed pitcher who has a 12-16 record over 35 career games, 32 starts.  All of his wins came last season in the Midwest League when he was with the West Michigan Whitecaps where he was 12-9 with 3.59 ERA and 85 strike outs over 128 innings pitched.

On the offensive side the Tampa Yankees are being led by first baseman Mike Ford and Shortstop Jorge Mateo.  Ford, has 6 hits for the T-Yanks while Mateo has 5 hits so far this season.  Billy Fleming, Santiago Nessy, Mike ONeill and Austin Aune follow that up with 4 hits apiece so far this season.