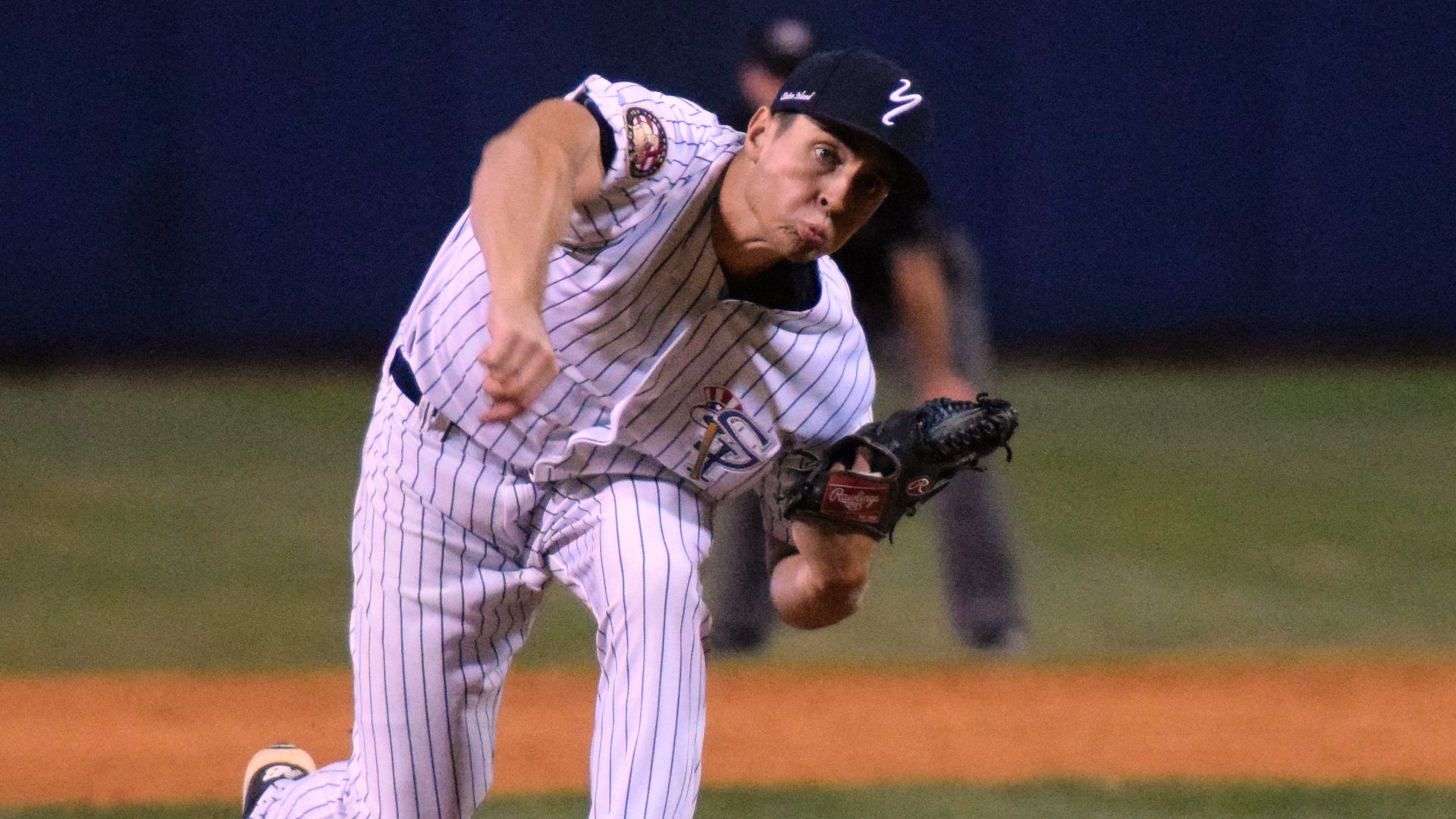 Spencer Mahoney with the Staten Island Yankees during the post-season. (Robert M. Pimpsner)

This past off-season the Yankees signed right-handed Spencer Mahoney out of Interdependent baseball. Normally such signings aren’t noteworthy, but Spencer’s story is rather exceptional. That’s because Spencer was a position player before spending time at the Driveline facility a year ago. Driveline is a data-based training program, which uses EMG sensors, wearable computers, and high-speed cameras to help analyze training regimens. This program by both hitters and pitcher; pitchers could use it to improve both their velocity and command.

With the program’s help, Mahoney was reportedly throwing 100 MPH. Spencer attended the facility last year and happened to have had a throw-day, the same day that Danny Borrell—the Yankees minor league pitching coordinator was visiting the program. Borrell helped get the process started and soon enough the Yankees signed Mahoney to a minor league deal.

Spencer’s interesting background put him on my watch list, and I was very curious to see how he would perform in his first season as a pitcher. Now that his season appears to be over—The Pulaski Yankees wrapped up their season last week—it’s a good time to review his season.

Mahoney started the 2016 season as a starting pitcher and pitched 23.2 innings in 6 games before moving to the bullpen. With that said it wasn’t a big change as he was used in multiple innings as a reliever, and managed to pitch 15.2 innings in 6 appearances upon moving to the pen. One would think a pitcher as raw as Mahoney would have trouble throwing strikes, but that has not shown to be the case.

Mahoney had a 2.52 BB/9 this season and walked just three batters in the 15.2 innings that he threw as a reliever. In addition to seemingly having good control, Spencer also had great strikeout numbers; he put up a 12.81 K/9. Overall his K/BB rate of 5.09 was the 20th best ratio in the Yankees system, and it’s even better if you limit it to actual prospects and that’s including guys like Anthony Swarzak and Vinny Pestano, who have better rates but aren’t prospects.