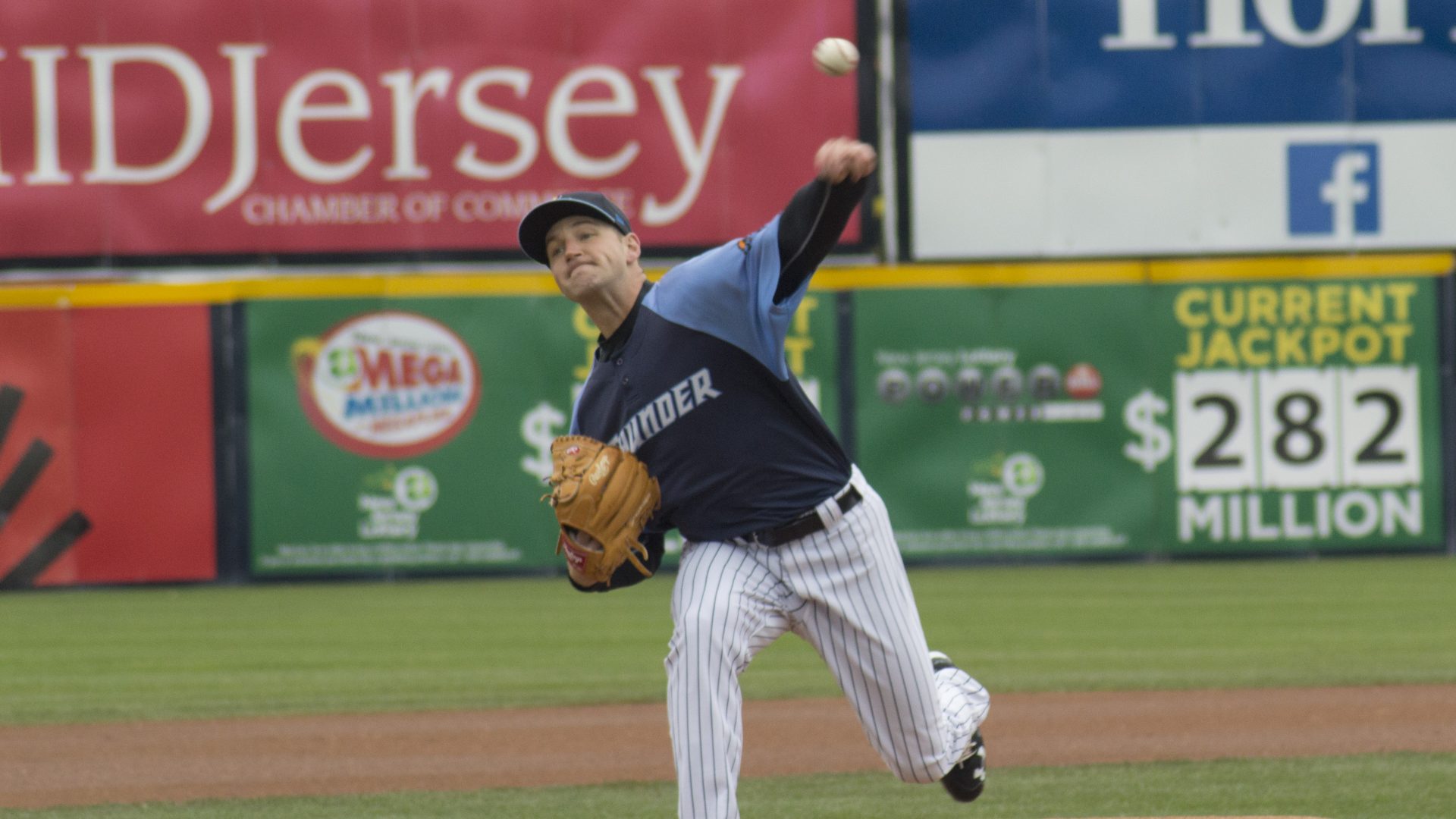 No one would’ve held a bad outing against Dietrich Enns. Not Wednesday morning.

The first 10:30 a.m. game of the season just happened to transpire about 12 hours after a combined no-hitter on Tuesday night started by Ronnie Herrera and finished by Jonathan Holder.

Enns took the torch passed to him and carried over the near-perfect pitching leading the Thunder to a 1-0 win over the New Hampshire Fisher Cats Wednesday.

He took a no-hitter, with just a walk, into the sixth inning before a bunt single by Ian Parmley, batting ninth spot for the Cats, took away from what could’ve been.

“You start to wonder, it would be amazing,” said a laughing Thunder manager Bobby Mitchell about a potential second no hitter. “He’s definitely capable of doing it. But I don’t blame (Parmley) for bunting. It’s a 1-0 game. You’re trying to get on base.”

He would give up a double later in the game putting runners on second and third (from a walk) with nobody out, but Enns battled out of that jam. Enns’ final line read 7.0 innings, two hits and walks apiece with eight strikeouts. Dan Camarena came in for the two-inning save.

“A lot,” Enns said. “Herrera threw an unreal game. That was impressive. I just tried to go out there and go after those guys like he did. Good results would come.”

“I just tried to wake up early, get the body moving and treat it like a normal day. Just trying to get to the park early and do my normal routine.”

Enns’ one run of support came from a two-out triple by Cito Culver scoring catcher Sebastian Valle in the fifth.

The pitching from Enns was the show. Combined from Tuesday and Wednesday, the Thunder pitching went a total of 15.1 innings without giving up a single hit.

He got a fair share of punchouts both swinging and looking and extended his season-long shutout streak to 23.2 innings. The 4-0 Enns is the only multiple-game starter in the entire Eastern League who hasn’t given up a run.

“Every time out he’s had, he mixes his pitches well and he keeps the ball down really good,” Mitchell said. “He throws strikes when he’s behind in the count. He’s down 2-0 in counts, he comes back to throw strikes and he’s done that all year. Really impressive.”

It’s impressive for a guy who less than two years ago was just trying to pitch again after Tommy John Surgery. Having this past offseason to progress and not heal has been huge for Enns.

He remained hopeful throughout the recovery process and his confidence level is high seeing his work pay off.

“Guys tell you that there’s guys who come back stronger [from Tommy John],” Enns said. “You’ve just got to put in the work. That’s what I tried to do from the day after I had surgery to now to continually put in the work and keep working hard. And good things will happen.”

“I don’t even think about it anymore.”