Enns Continues Road Back To The Mound 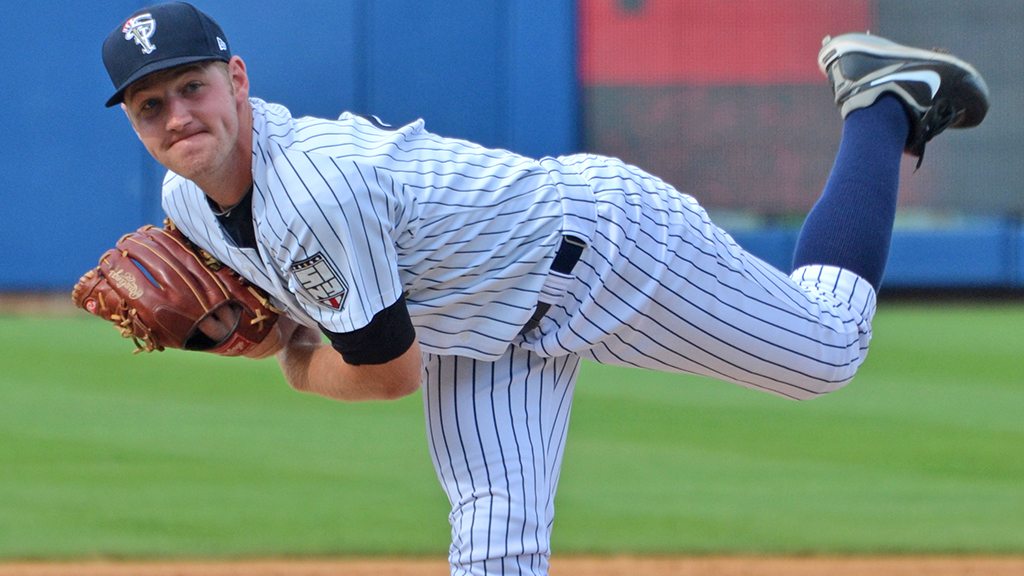 Dietrich Enns was drafted by the New York Yankees in the 19th round of the 2012 MLB Draft while playing at Central Michigan University. In college, the 23 year old left-handed pitcher was used as only a reliever, but since joining the Yankees’ organization he has been used in the starting rotation for the Charleston RiverDogs and Tampa Yankees as well as relief appearances with both teams as well as the Staten Island Yankees his first year of pro ball. After starting the 2014 season with the Tampa Yankees, with a 3-2 record and 1.42 mark while striking out 26 batters in 25.1 innings, he then had to undergo Tommy John Surgery. Enns has continued to work hard toward getting back on the mound and will hopefully face batters in the Florida State League before season’s end.

What was it like to be drafted by the New York Yankees?
“It was a dream come true because growing up I was always a fan of the Yankees. Watching guys like Jeter, Pettitte, Clemens in the playoffs/World Series as a kid is something I’ll never forget.”

What is your favorite pitch to throw? How did you develop it?
“My changeup is my favorite pitch. I developed it by starting at a young age playing catch with it and then throwing it in little league and travel ball games. Throwing it like my fastball has been the biggest thing for me.”

Of your pitches, which on was the easiest to develop?
“I’d have to say my changeup because I haven’t changed the grip much over the years and it is a pitch that comes naturally to me.”

Describe your approach on the mound? Did you make any changes during your career?
“Every time I go out and pitch I’m trying to compete. When I’m most aggressive is when I’m at my best. I’ve made some changes here and there but as far as my approach that’s always been there for me.”

What are some of your goals for 2015?
“My number one goal is to fully recover from surgery I had last summer.”

What did you really focus on during the offseason in terms of training?
“I focused this offseason on getting my arm back in shape and getting my whole body stronger.”

Do you have any pre-game rituals?
“I wouldn’t say I have any crazy rituals before games, maybe just listen to some music to get locked in.”

How are you feeling, coming back from Tommy John surgery?
“I feel good right now. I’ve worked hard with the training staff and athletic trainers to get to this point and now I have to keep moving forward and continue to make steps in the right direction.”

How far are you to returning, and do you feel like you will be able to break camp 100%?
“I’m still a couple months away from returning back to games so I won’t break camp with a team but I’d like to come back as soon as I can.”