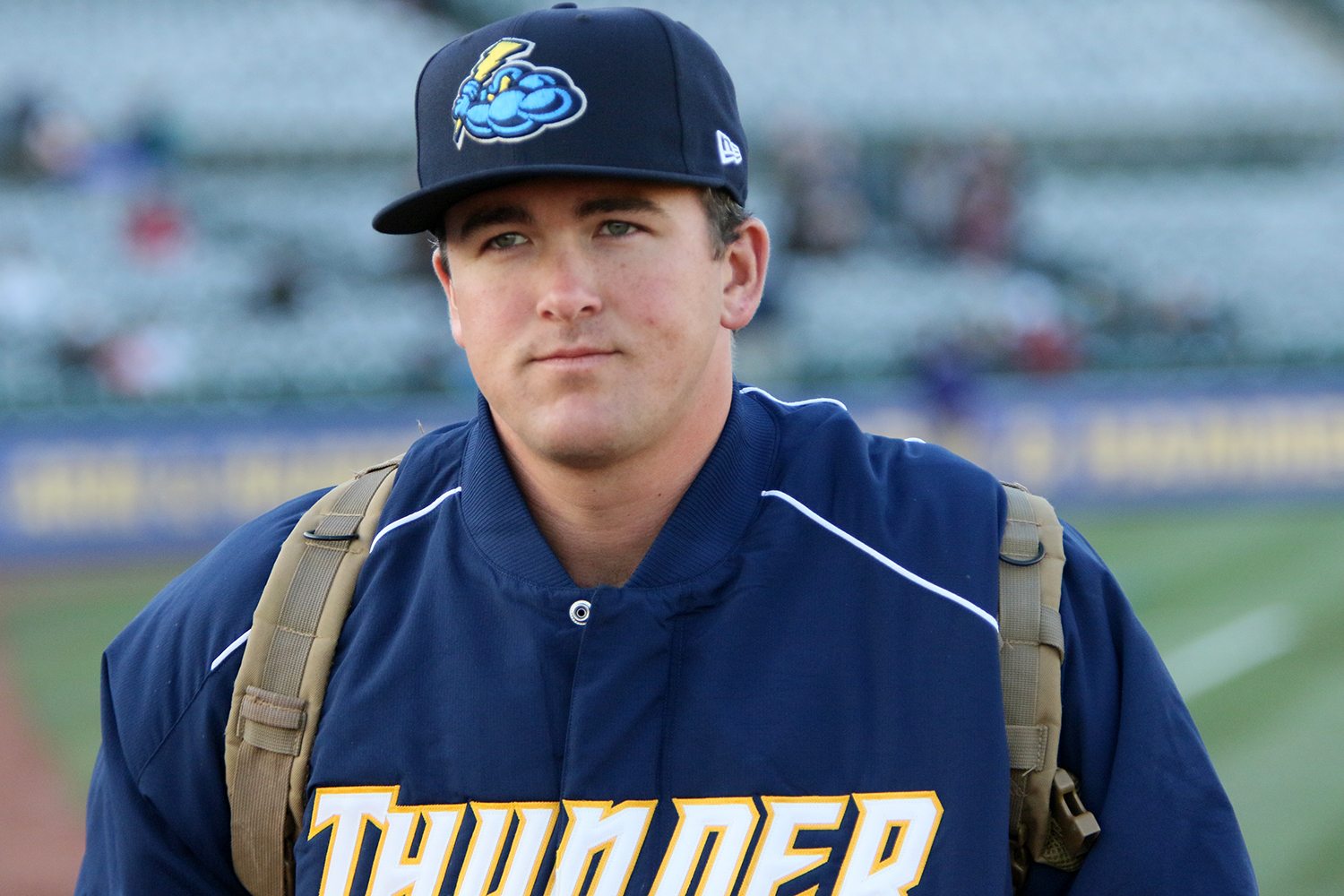 ALLENTOWN, PA – The SWB RailRiders (Triple-A/New York Yankees) clinched the regular-season series, and with it the rivalry IronRail Trophy, with a 5-3 win over the host Lehigh Valley IronPigs (Philadelphia Phillies) at Coca-Cola Park on Monday. The RailRiders (81-48) have won 10 of the club’s 17 clashes this season with one more to play.

The IronPigs (76-53) have lost five of the team’s last six meetings. SWB’s magic number to clinch a playoff spot dropped to six. The team has a 5.0-game lead in the division with 14 games to play.

SWB leadoff man Ben Gamel began the game with a home run, his fifth of the year. Lehigh Valley claimed the lead in the bottom of the inning with a Nick Williams RBI triple and subsequent RBI single from Darin Ruf.

Gamel tied the game in the fourth when his single scored Mason Williams. An inning later, with one out and the bases loaded, Mason Williams spanked a two-run double to right-center for a 4-2 margin.

The IronPigs made it interesting when J.P. Crawford walked with the bases loaded in the sixth.  But three Lehigh Valley errors, all on the infield, combined with an RBI fielder’s choice from Kyle Higashioka for a 5-3 advantage in the ninth.

In his first relief outing of 2016, Dietrich Enns (7-2) tossed three innings of one-run ball for the victory. Reliever Jonathan Holder whiffed a pair in a perfect ninth for his fifth save. Lehigh Valley reliever Hoby Milner (0-1) suffered the loss.

The RailRiders return home for a short two-game stay at PNC field on Friday, Aug. 26 against the Rochester Red Wings (Minnesota Twins). It will be Pierogi Night at the park, presented by T&L Pierogies. The team will change its nickname and colors for the night, donning uniforms as the “SWB Pierogies”. For tickets or more information, please call 570-969-BALL (2255) or visit swbrailriders.com.

Including his Double-A time this season, Dietrich Enns’ 14 combined wins rank second in the minors. The only man with more? Lehigh Valley’s starter on Tuesday, Ben Lively, who has 15 total triumphs between Double-A and Triple-A.

Enns had not worked in relief since July 18, 2015 while with Advanced-A Tampa.

Donovan Solano finished 2-for-5 with a run scored. He has 10 multi-hit showings over his last 20 SWB games.

Mason Williams reached base three times. He went 2-for-3 with his two-run double, a walk and a run scored.

In his second career start at first base, Pete Kozma robbed Andrew Knapp on a smoked groundball for the game’s final out, a 3-1 putout with reliever Jonathan Holder.

Each of the nine men in SWB’s lineup reached base with a hit and/or a walk.

Ben Gamel lifted his average to a team-best .313 with a two-hit showing.

The RailRiders’ 81 wins match the total of last year’s club which won the IL North at 81-63.