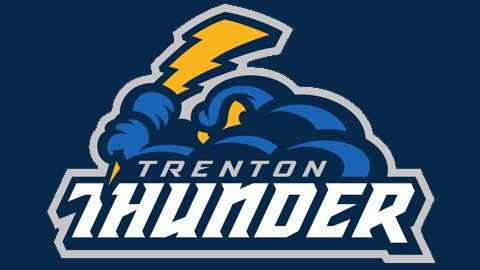 Lane Adams is getting a new start with there Double-A Thunder.

TRENTON – The Trenton Thunder reeled off their third consecutive victory as they defeated the Portland Sea Dogs by a score of 5-3 at ARM & HAMMER Park on Monday night.

Pitcher Dietrich Enns made his Double-A debut for Trenton and was solid over 4.2 shutout innings. The 24-year old southpaw scattered just three hits but issued four walks which caused his pitch count to escalate. At this juncture of the season, Enns will be held at a 90-pitch limit according to Manager Bobby Mitchell.

“Overall, I thought my outing was pretty good,” said Enns. “I would have liked to be more efficient with the pitch count and get ahead guys a little bit more than I did.”

Enns added, “four walks is not really acceptable, but I battled with guys on base and put up zeroes and gave the team a chance to win the ball game.”

Enns was forced to match scoreless frames with Portland starter Ty Buttrey until the fourth inning, when the Trenton offense would finally break through. A single by outfielder Juan Silva and a sacrifice-fly by catcher Kyle Higashioka staked the Thunder to a 2-0 lead.

Matt Wortherspoon fired 2.1 hitless innings in relief of Enns. The 24-year old right hander has now gone 2.1 innings in both of his outings this season and has allowed just one hit while striking out five over that span.

“Matt [Wortherspoon] has been solid going all the way back to spring training,” admitted Mitchell. “He has really opened my eyes, he’s been completely dominating in his two outings so far.”

A sac-fly by Silva in the fifth and an RBI single by designated hitter Lane Adams in the sixth put Trenton ahead with a comfortable 4-0 cushion.

Reliever Matt Tracy ran into some trouble in the eighth inning after surrendering two-triples along with an RBI single which allowed Portland to draw within a run at 4-3.

In the bottom half of the frame, second baseman Tyler Wade walked with two outs to reach base for the third time on the evening despite not recording a hit. Mitchell sent Wade in motion on a hit-and-run and center fielder Dustin Fowler rifled a double into the right field corner to give Trenton a much needed insurance run heading into the ninth.

Closer Mark Montgomery worked around a leadoff walk and threw a scoreless ninth inning to nail down his second save of the season in as many chances.