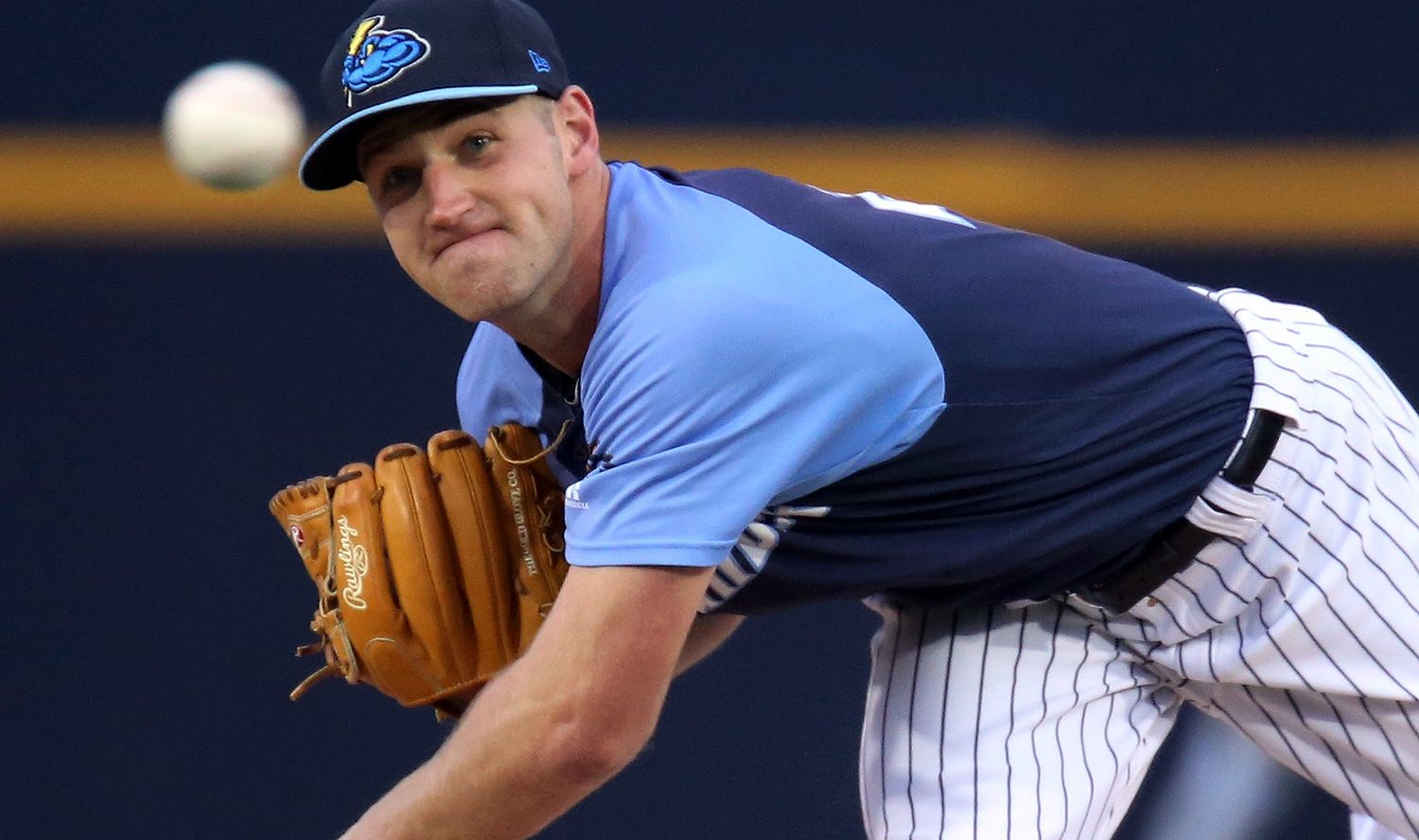 AKRON, OH – The Akron RubberDucks used a pair of first-inning runs to stay ahead of the Trenton Thunder Thursday night in capping a three-game sweep, in a series where the Thunder offense scored a total of four runs.

Dietrich Enns entered the game riding a Thunder-record 23.2 scoreless-inning streak to start the season. After recording two out and walking the bases loaded, Jordan Smith delivered a two-run single for a 2-0 Akron lead which put an end to the scoreless streak at 24.1 innings. The previous record to begin a season by a Thunder pitcher was 19.0 innings set by Alfredo Aceves in 2008.

Akron scored twice more in the 6th inning off Enns before his night ended. He walked out to take the ball in the inning having thrown 95 pitches through five innings and allowed a single to Alex Monsalve before the No. 9 hitter, Eric Stamets drilled a two-run homer to left field to chase Enns from the game trailing 4-1.

The RubberDucks scored two more runs off the bullpen, which was exclusively Giovanny Gallegos for the final three frames. Gallegos, who had allowed two runs over his first seven appearances of the season, was touched for two runs on three hits on 56 pitches to cap the ballgame and the roadtrip.

Offensively, the Thunder recorded four hits, and two of the four came from Jose Rosario out of the No. 9 hole in the order. After Tyler Wade began the game with a bunt single, Thunder batters were 3 for their final 27 (.111 AVG). The lone Thunder run came in the top of the 6th inning when Sebastian Valle walked, Rosario singled and Wade advanced both baserunners with a bunt. The infield played back with runners at first and second and two outs for a Lane Adams groundout to produce a run and cut the deficit at the time to 2-1.

After taking the first two games of the roadtrip from the Erie SeaWolves, the Thunder dropped three straight ballgames for the first time this season and enter the upcoming homestand 14-11.

The Thunder pile on the bus and head back to New Jersey following Thursday’s game to begin a three-game homestand with the Harrisburg Senators Friday night at ARM & HAMMER Park. First pitch is scheduled for 7:00 p.m with pregame coverage beginning at 6:40 p.m. on 91.3 FM and in-line at www.trentontrhunder.com.