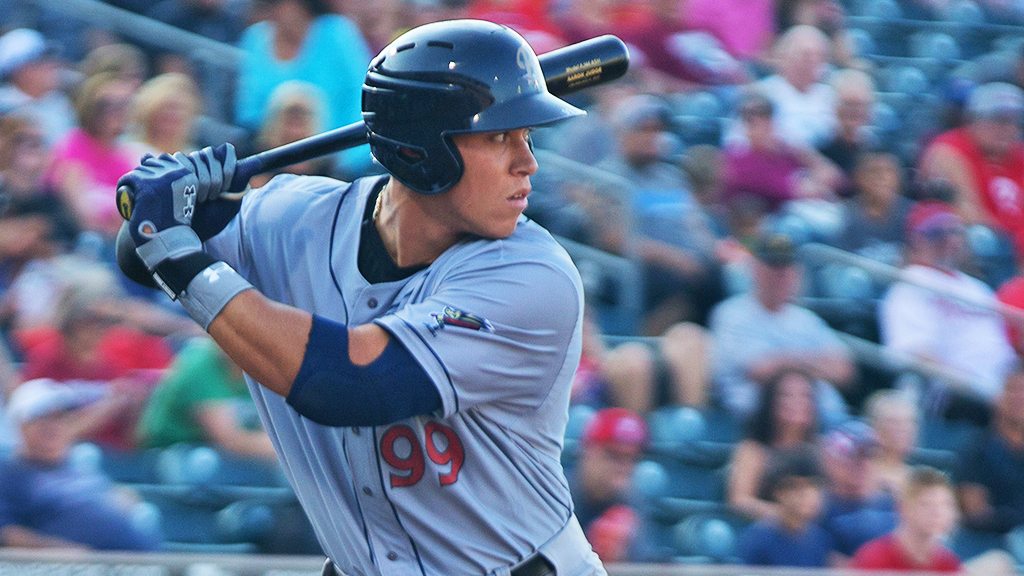 Two runs was all the Scranton/Wilkes-Barre RailRiders needed to defeat the Buffalo Bisons at Coca-Cola Field on Friday night.

Dietrich Enns was called up today from the Trenton Thunder (Double-A) to make his third start for the RailRiders. Enns responded with an absolutely brilliant spot start. The 6’1, 210-pound southpaw threw six and 2/3 shutout innings against the Buffalo Bisons tonight. The Frankfort, Illinois native pounded the strike zone, throwing 65 strikes out of 100 pitches. Enns struck out five, walked none, and faced just one batter over the minimum. He kept the Bisons hitters off balance all night by throwing all of his pitches in any count.

The RailRiders wasted no time getting on the scoreboard as they plated the game’s first run in the top of the 1st inning. After a Ben Gamel ground out, Donovan Solano hit a line drive single to left field on a fastball that was left out over the plate by Buffalo starting pitcher John Anderson. Following an Aaron Judge strikeout, Gary Sanchez ripped at 2-1 fastball to right-center field for a RBI double.

The score remained 1-0 until Ben Gamel connected on a 1-1 slider from Bisons reliever Ryan Tepera, sending a line drive over the right-center field wall for his 3rd home run of the season in the top of the 9th inning. Gamel’s solo shot proved to be the difference in the game as Nick Goody gave up a one-out, monster home run to Darrell Ceciliani on a hanging changeup in the bottom half of the frame. Goody responded by retiring Andy Burns and Matt Dominguez to earn his second save of the season.

The 13,155 fans in attendance at Coca-Cola Field witnessed Scranton’s sixth straight win. The victory improves Scranton’s International League-best record to 50-32. The RailRiders are now also an impressive 15 games above .500 away from PNC Field.

Prior to tonight’s contest, Aaron Judge was named the International League’s Player of the Month for June. Judge hit at a .343/.477/.686 slash line with 9 home runs in 28 games.