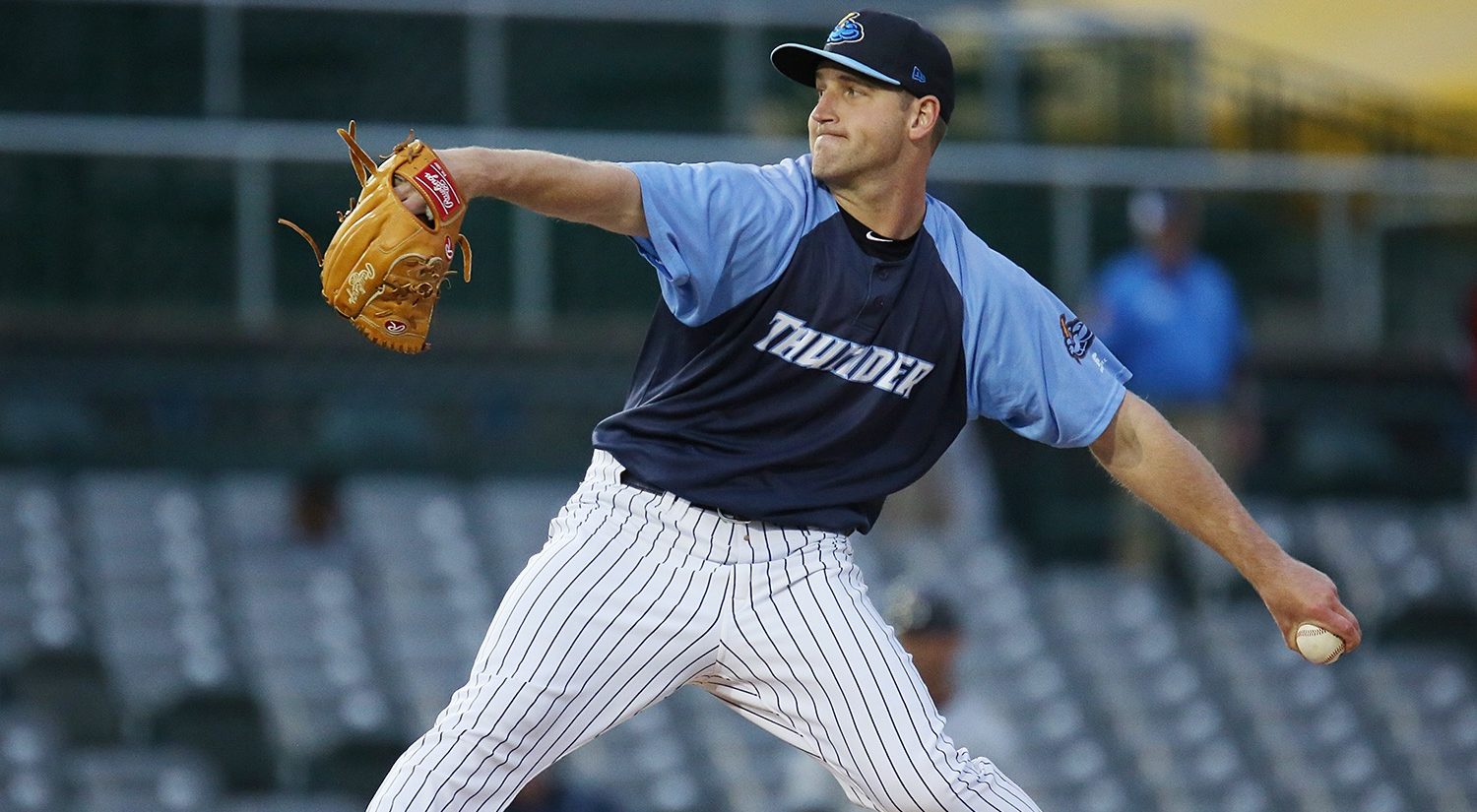 INDIANAPOLIS, IND – The SWB RailRiders (Triple-A/New York Yankees) dropped their series opener to the Indianapolis Indians (Pittsburgh Pirates) at Victory Field on Friday night, 5-1. The RailRiders (24-19) lost for the first time in four meetings with the Indians (21-19), who have won four of five, all against first-place teams.

Josh Bell’s leadoff homer got the Tribe on the board in the fourth. Aaron Judge tied the game for SWB with a single in the sixth, but in the bottom of that same frame Bell crossed the plate on Willy Garcia’s groundball double play for a 2-1 margin.

That difference held up until the eighth.  With the bases loaded, two outs and two strikes, Pedro Florimon tripled off the base of the right-field wall against reliever Diego Moreno for the 5-1 differential that would go final.

The RailRiders return home for a short three-game series and homestand against the Louisville Bats (Cincinnati Reds) on Tuesday, May 24 at 6:35 p.m. The $2 Twosday features $2 lawn seats (walk-up only), $2 tacos and $2 tall boy beers. For tickets or more information, please call 570-969-BALL (2255) or visit swbrailriders.com.

Before Josh Bell’s homer, Dietrich Enns had only surrendered two big flies over 127.2 innings since the close of the 2013 season.

Pete Kozma doubled and scored on a 2-for-3 night. He has hit safely in seven straight and has gone 13-for-37 over his last 12 games. His efforts on Friday lifted his average over .200 for the first time all season to .205.

The RailRiders put their leadoff man on in the second (double), fifth (walk) and eighth (double), but failed to score in each of those innings. They finished the game 1-for-9 with men in scoring position.

A steady rain fell through more than half of the game, prompting a slight delay for mound repair during the home eighth.

Conor Mullee made his first Triple-A appearance in 10 days. The right-hander, who made his big-league debut on Monday, stranded an inherited runner by getting Ed Easley to ground out and end the eighth. Only two of Mullee’s eight hand-me-down men on the season have come around to score.

The paid attendance of 10,287 made for the biggest crowd to see the RailRiders play this season.