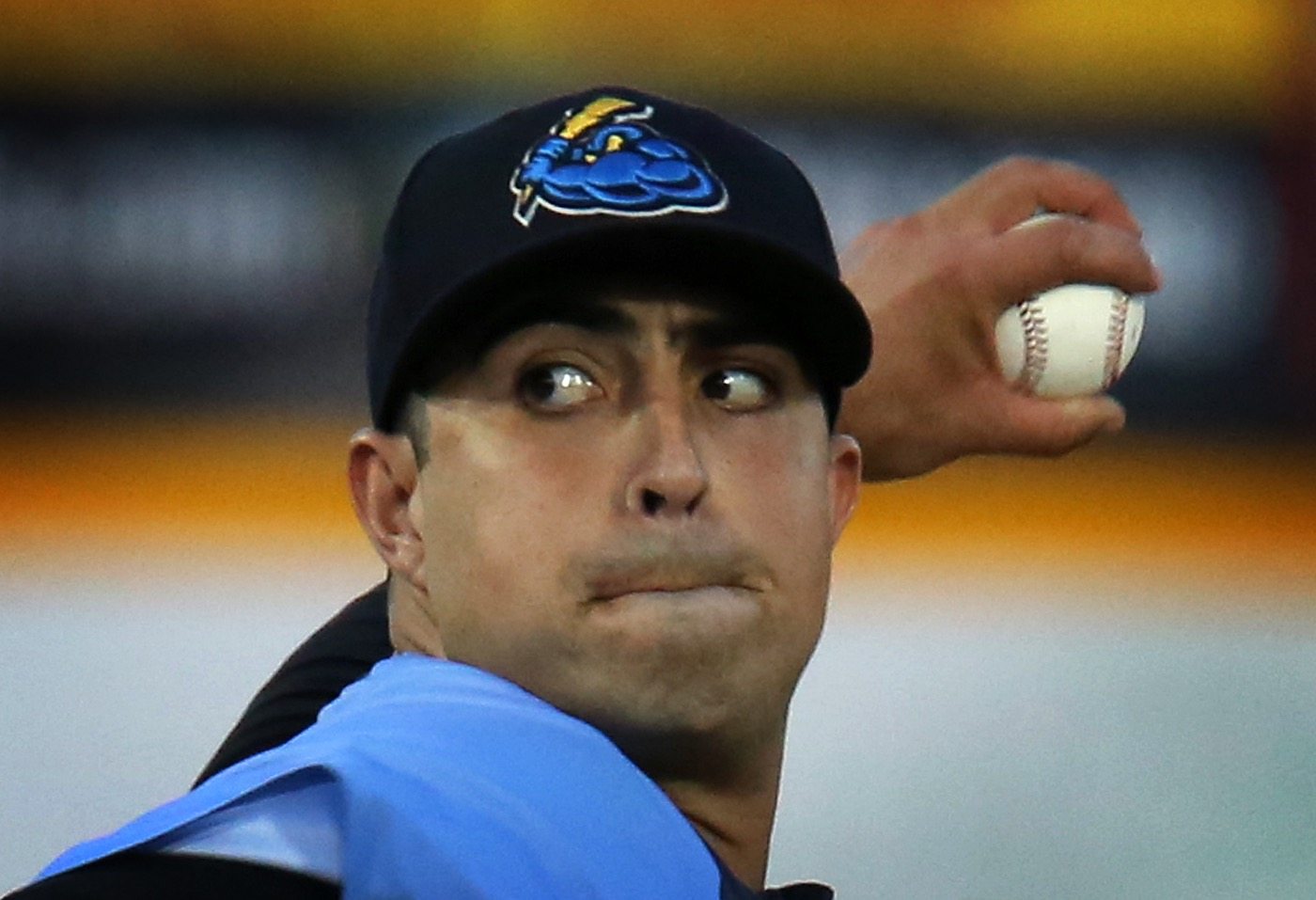 The Thunder fell behind early, as the fifth batter of the game homered off starting pitcher Daniel Camarena. Henry Urrutia stepped-in with one out in the second inning and lofted a ball towards the left field corner. Thunder left fielder, Mark Payton, track back and got to the wall and leapt as the ball hit off the top of the wall at the 309-foot mark and bounced over for a home run.

Trenton used a rally in the fourth inning when Tyler Wade led-off the inning with a walk and a steal of second base. The Thunder second baseman advanced to third base with two outs when Kyle Higashioka strode to the plate. He launched an opposite-field two-run homer off starting pitcher Jason Garcia to put the Thunder ahead 2-1. It was Higashioka’s sixth home run with the Thunder in 41 AB (6.8 AB/HR) since returning from the Disabled List June 26th (left thumb).

In the bottom of the sixth inning the Thunder still held a one-run lead, but the Baysox rallied. Two runners reached after an error and they were at second and third base with two outs when Camarena was lifted from the ballgame in favor of J.R. Graham. The Livermore, Calif.-native entered and walked the first man he faced to load the bases with two outs before a balk produced a run to tie the game.

The run was unearned against Camarena, who finished 5.2 innings allowing two runs (one earned). He lowered his season ERA to 2.25 which is good for second place in the Eastern League among qualified starters. The lefty needed just 80 pitches to get through his night, while not factoring in the decision.

Bowie’s leadoff man, Julio Borbon, began the bottom of the seventh inning by bunting back to the pitcher’s mound. Graham picked it up and sailed a throw well over the head of the first baseman and down the right field line and into the Bowie Baysox bullpen. Borbon hustled to third base on the three-base error, and later came home to give Bowie the lead on an RBI fielder’s choice by Garabez Rosa.

With a 3-2 deficit heading into the top of the ninth, the Thunder received a two-out single from Lane Adams who stole his way into scoring position for his second SB of the night. Dante Bichette Jr. struck out against closer Donnie Hart – who struck out the side in his one inning of work- as the Thunder fell in Game 2 of a four-game series.

The Thunder and Baysox go head-to-head Wednesday night with a scheduled 7:05 p.m. first pitch. Pregame coverage begins at 6:50 p.m. on 91.3 FM and online at www.trentonthunder.com.