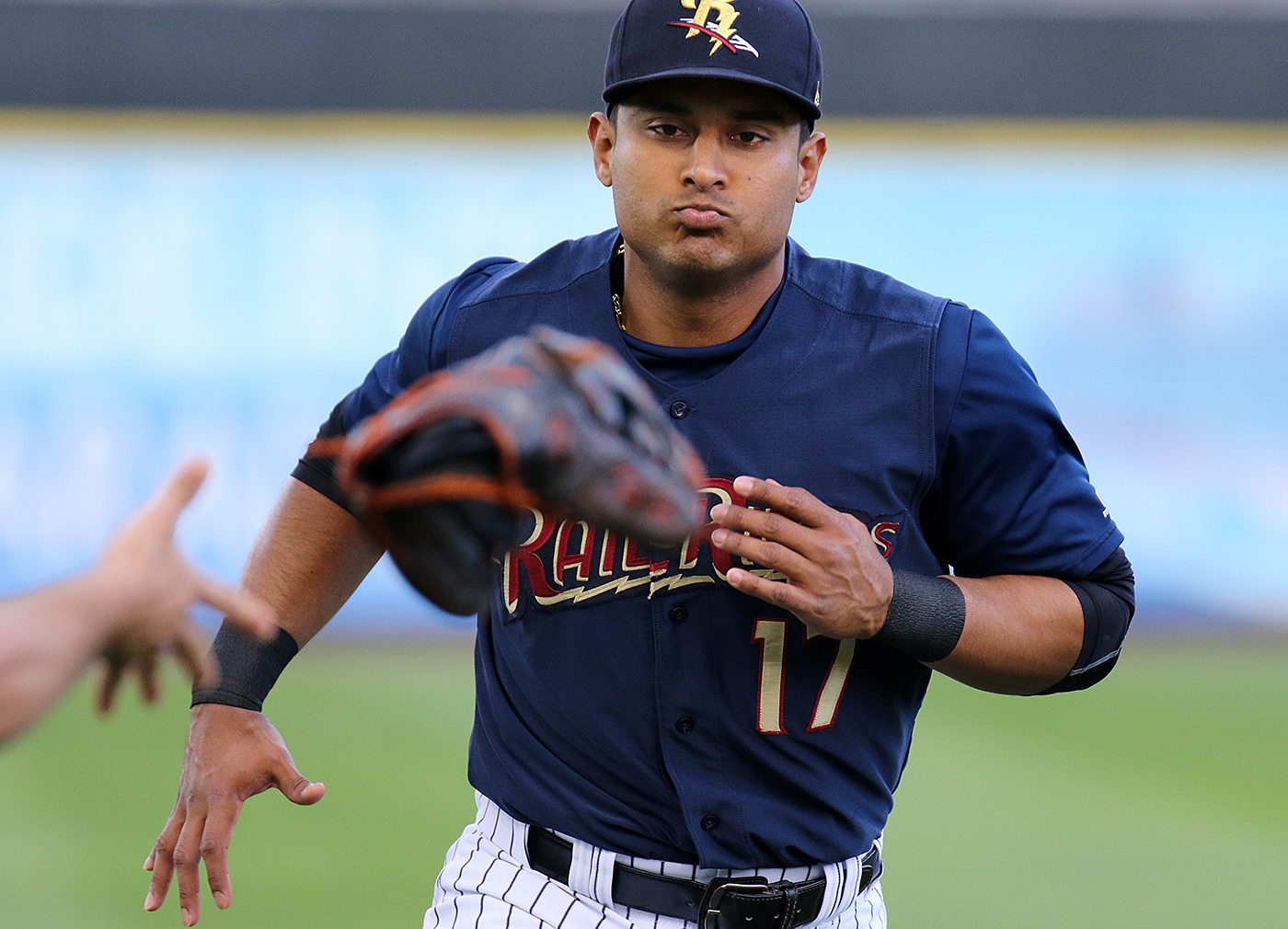 Scranton/Wilkes-Barre RailRider's Donovan Solano before a game against the Charlotte Knights at PNC Field in Moosic, Pa. on Tuesday, June 7, 2016. Photo by Martin Griff

The Scranton/Wilkes-Barre RailRiders were unable to complete the series sweep as the Louisville Bats managed to take the final game by the score of 9-1.  With the victory, the Bats managed to snap a five-game losing streak at Louisville Slugger Field.

The RailRiders scored first, plating what would be their only run of the ballgame in the top of the second inning.  Donovan Solano lined a single to left with one out before moving to second on a single to right by Mason Williams.  Ruben Tejeda would earn the lone Scranton RBI when he lined a single to center to bring Solano home from second base.

Scranton’s lead did not last long as in the bottom of the third inning the Bats took a 3-1 lead and never looked back.  RailRiders starter Luis Cessa walked Jesse Winker to start the inning, but he was erased when Phillip Ervin grounded into a force out at second.  With Ervin at first Rob Brantly then grounded into a force to bring up Brandon Dixon with two-outs.  Dixon singled to men at first and second.  Beau Amaral reached on a fielding error by Tyler Wade that brought home Brantly and moved Dixon to second.  Juan Perez then singled to load the bases before walks to Dilson Herrera, and Sebastian Elizalde brought home two more runs.

In total Cessa was touched for five runs, just one earned, on six hits and four walks as he took the loss for the RailRiders.  Jason Gurka allowed four runs, two earned, on four hits but struck out three in two innings of work.  Ben Heller did not allow a batter to reach base in his two innings of work, striking out two batters.

At the plate, the RailRiders managed to get eight hits with Ruben Tejeda being the only one with a multi-hit game.  Clint Frazier and Rob Refsnyder each hit a double while Dustin Fowler, Donovan Solano, and Mason Williams singled.

The Scranton/Wilkes-Barre RailRiders head to Indianapolis next to face off against the Indianapolis Indians for a three-game set.  Chad Green will get the ball tomorrow in the series opener.