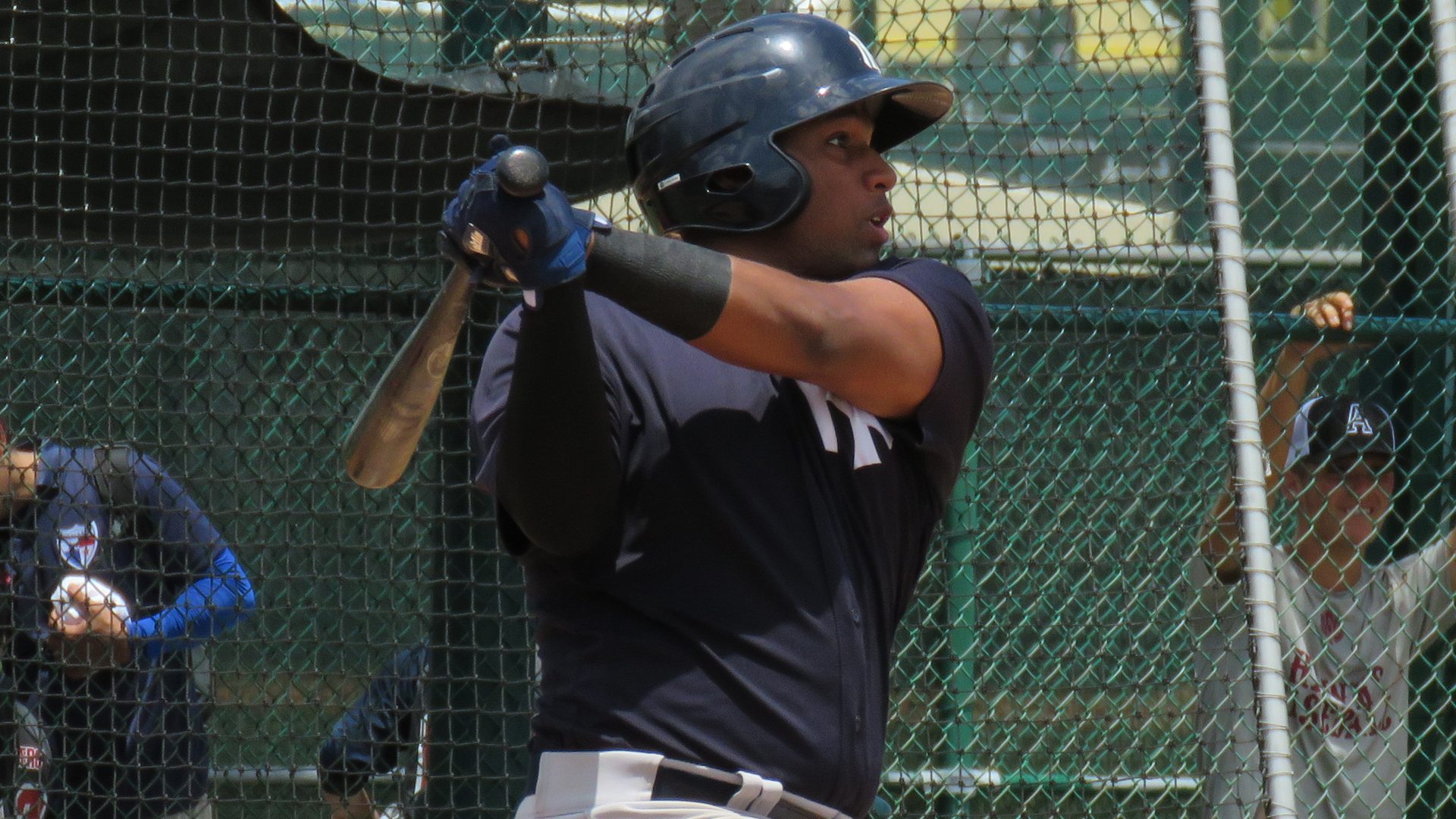 The Nationals jumped out to an early 4-0 lead in the top of the third inning when Ricardo Mendez walked, scored on a single by Luis Garcia.  Garcia went to second on a throwing error by Canaan Smith and then scored when Yasel Antuna reached on a fielding error by Nelson Alvarez.  Kelvin Gutierrez singled to right to put runners on the corners before Israel Pineda singled to second, leading to a fielding error by Borinquen Mendez allowing Antuna and Guiterrez to score.

The Yankees responded by scoring two runs in the bottom of the third.  Borinquen Mendez walked, stole second with one-out before Robert Javier walked.  After a fly out to left by Canaan Smith, both runners moved up 90-feet on a passed ball.  Raymundo Moreno would then clear the bases with a line drive double to right-field, cutting the lead to 4-2.

They would then tie up the game in the bottom of the fifth inning.  Robert Javier singled on a groundball back to the pitcher before Canaan Smith homered to right field, tying the game up at four runs apiece.

The Nationals took the lead once again in the top of the sixth when Israel Pineda doubled, moved to third on a wild pitch and scored on a single by Justin Connell.

The Yankees answered with a run of their own in their half of the sixth.  Nelson Alvarez and Carlos Gallardo worked back-to-back walks.  Borinquen Mendez then singled to load the bases.  Jose Devers grounded into a double play that allowed Alvarez to come home to score.

But the Nationals were able to plate two runs in the top of the seventh inning to take the lead for good. Luis Garcia line double to right to start the inning, moved to third on a single by Yasel Antuna.  Kelvin Guitierez singled to bring home Garcia and move Antuna to third.  Antuna scored on a double play.