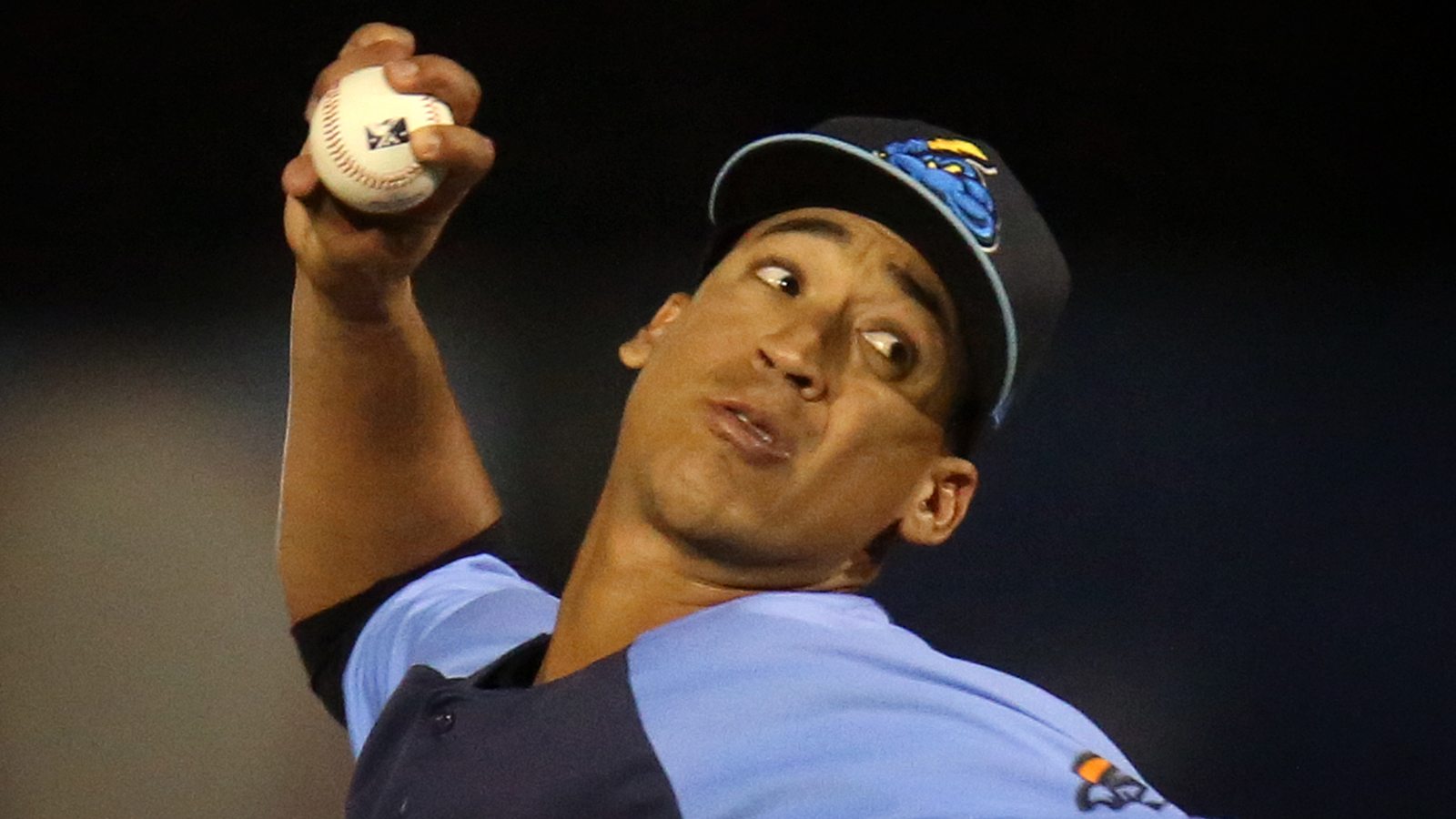 MiLB.com has released the first set of annual awards for the 2017 season and among the Fans’ Choice winners is Yankees prospect, Raynel Espinal.  The 26-year old out of Villa Gonzalez, Dominican Republic shot up through the farm system this past year.

Espinal started the season with the Charleston RiverDogs where in 10 games he was 2-1 with a 1.16 ERA over 38 2/3 innings pitched.  He struck out 44 batters and walked only 4.  On June 26 he was promoted to High-A Tampa, where he went 0-1 with a 1.69 ERA and 21 strikeouts over 16 innings in 8 games, 1 start.  He received his final promotion of the year on July 22 when he joined the Double-A Trenton Thunder.

In his first taste of Double-A baseball, Espinal went 2-0 with a 0.46 ERA in the regular season.  He struck out 28 more batters in 19 2/3 innings.  During the Eastern League playoffs, Espinal made two relief appearances.  He did not allow a run or a walk but allowed two hits in 3 2/3 innings of work while striking out three batters.

This winter, Espinal is in the Dominican Republic playing for Gigantes del Ciabo.  So far he has only made one relief appearance, allowing a hit in 1/3 of an inning of work.