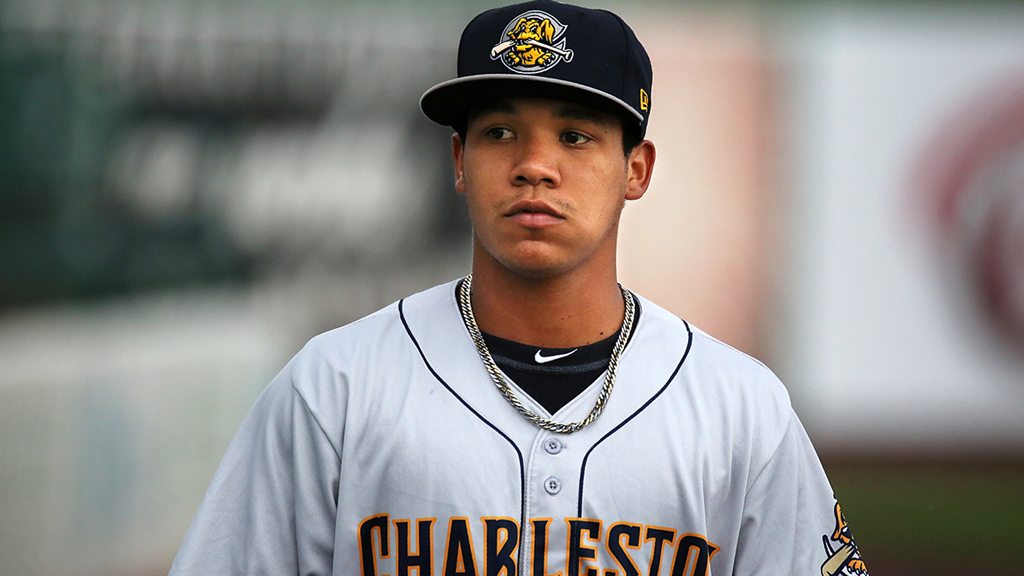 LEXINGTON, KY – The Charleston RiverDogs have found a home away from home at Whitaker Bank Ballpark. RiverDogs hitters cranked out three more home runs en route to a 5-1 victory over the Legends in game three on Saturday night, giving the RiverDogs a 2-1 series advantage and seven home runs over the first three games of the series with Lexington.

Thairo Estrada collected two long balls in the victory, including a solo shot to lead off the first on the third pitch he saw from Legends starter Nolan Watson (0-4), to take advantage of the short porch in right field and give Charleston an early 1-0 advantage. Two batters later, Connor Spencer hammered a blast to straight away center that traveled an estimated 414 feet and made it 2-0.

In the third, Estrada was in the thick of the offensive surge once again, hitting the first of back-to-back one out doubles before being driven in on an RBI two bagger by Charleston shortstop Kyle Holder to push the RiverDogs’ lead to 3-0.

In the fourth, Lexington got a run back after Chase Vallot hit a double to the warning track before being driven home by Legends right fielder Amalani Fukofuka. The RBI single to right trimmed the Charleston lead to 3-1.

The RiverDogs got their insurance runs in the eighth, first on the second long ball of the game by Estrada who powered one over the left field wall for his second two homer game of the season to push his season total to four. Holder followed up with a single to left, stole second, and advanced to third on an errant throw by Vallot from behind the plate. Holder would come around to score on a sacrifice fly to center by Chris Gittens to extend Charleston’s lead to 5-1.

Carroll and Simon De la Rosa combined for an effective one-two pitching punch to hold Lexington’s offense in check. Carroll went five strong innings, pitching around four walks with a career-high seven punch outs while allowing just a run on three hits. De la Rosa would take it the rest of the way, logging four scoreless innings with a season-high six K’s to pick up his first save of the season. Lexington collected six hits, only two of which made it out of the infield.

The RiverDogs are back in action on Sunday night in the finale of a four-game series against Lexington with the first pitch from Whitaker Bank Ballpark set for 2:05pm. The RiverDogs will send RHP Yefrey Ramirez (1-0, 1.20) to the toe the rubber against LHP Emilio Ogando (3-2, 3.48) for the Legends. The RiverDogs will finish up a seven-game road trip in Lexington and Greenville before returning to The Joe for a seven-game homestand starting on Thursday, May 19.