Examining the Off-Season Part 5: Thinking Outside the Box 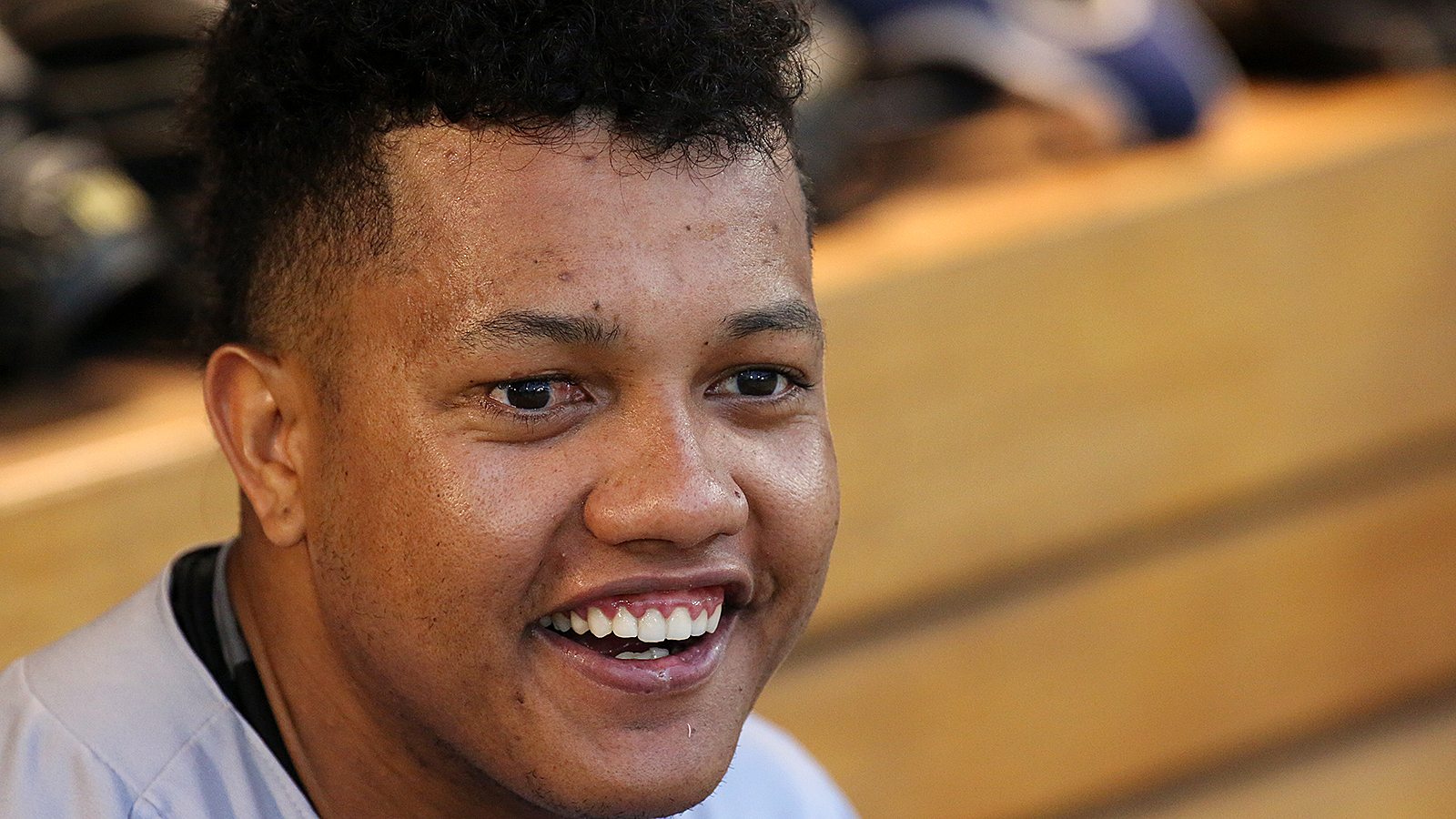 Second baseman Starlin Castro, on a rehab assignment with the Trenton Thunder, in the dugout during against the Hartford Yard Goats in Hartford on Thursday, July 13, 2017. (Martin Griff)

Just 365 days ago, if I sat here and told you that DJ LeMahieu, Gio Urshela, and Mike Tauchman would become three of the most valuable Yankees in 2019, you would have probably laughed at me and promptly closed the article.

While I admittedly do not have a crystal ball, I do have some educated guesses on a few players that could provide a similar spark in 2020. These players aren’t stars at this point in their career, hence why the article’s title is thinking outside the box.

Bare with me here and give me a shot as I do my best to explain why I chose these select these three players as the potential steals of the 2020 off-season. 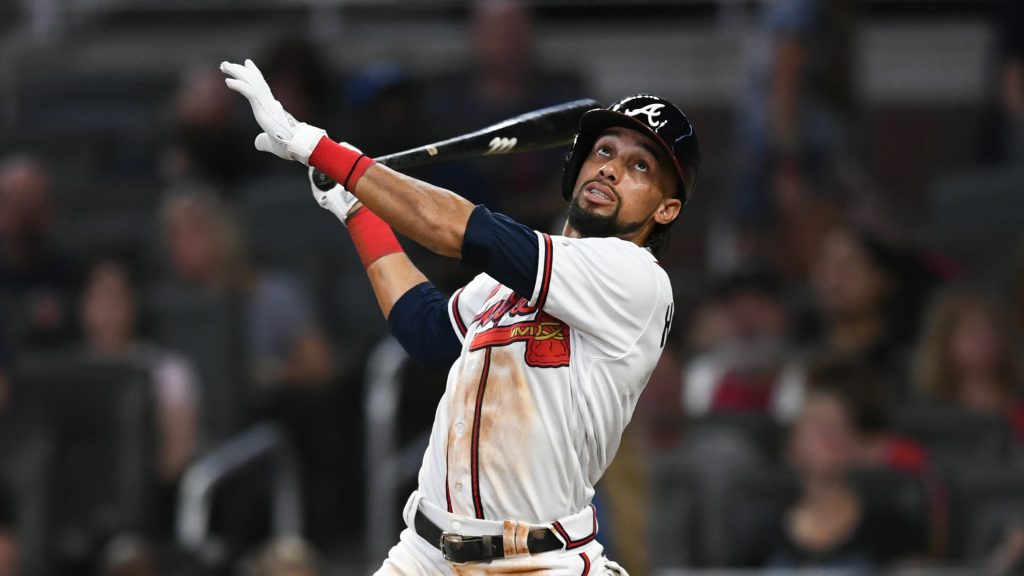 The old proverb defense wins championships is the primary reason Hamilton should be looked at. The speedy center fielder would also be an affordable acquisition and, therefore, costly replacement should Brett Gardner sign elsewhere.

The former Cincinnati Reds second-round pick in 2009, was traded to the Atlanta Braves at last season’s trade deadline in July. The Braves declined his $7.5 million option on October 31st, thus making him a free agent. Down the stretch with Atlanta, Hamilton hit .268 in 41 at-bats with four stolen bases.

With MLB rosters expanding to 26 in 2020, it creates a slot for an additional position player like Hamilton. He plays a Gold Glove-caliber center field and would be an almost unstoppable pinch-runner/defensive replacement late in games for manager Aaron Boone. 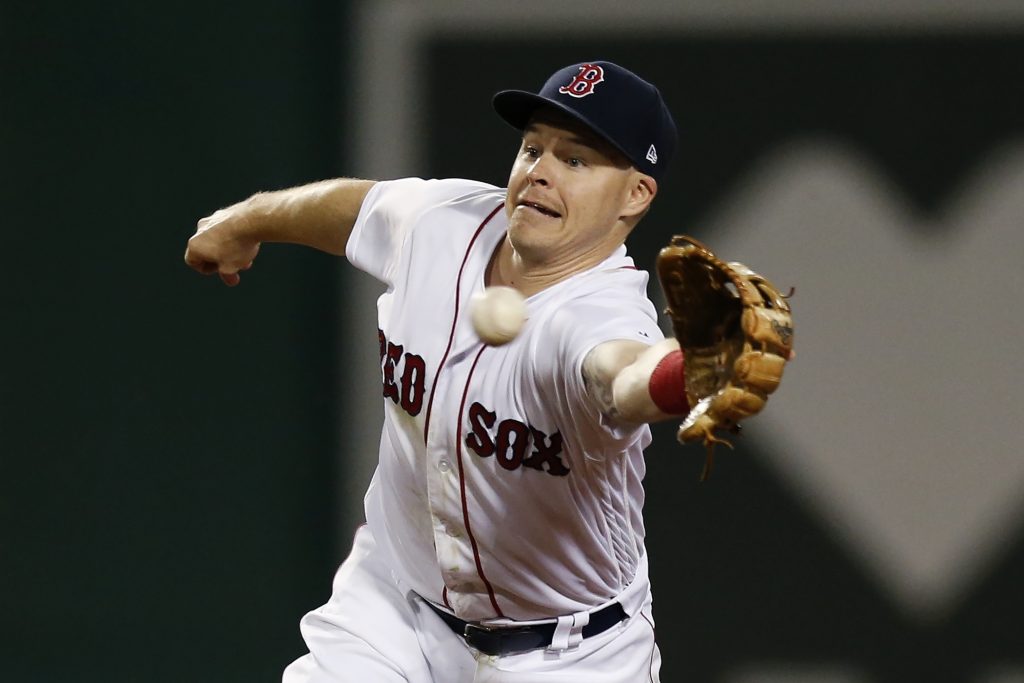 Boston Red Sox’s Brock Holt reaches for the throw from Sandy Leon on the steal at second base by New York Yankees’ Gleyber Torres during the fourth inning of a baseball game in Boston, Sunday, Sept. 8, 2019. (AP Photo/Michael Dwyer)

Early reports from MLB Trade Rumors dictate Holt may be off the board soon, signing with the Arizona Diamondbacks on a two-year, $8 million pact. The deal would reunite him with former Red Sox’s and current D-Backs GM Mike Hazen.

The soon to be former Red Sox utility player slashed .297/.369/.402 for Boston in about a half a season (87 games) with the club. Quite productive for a player who can play just about anywhere in the infield and the corner outfield positions at an above-average level.

The 31-year old may have earned himself the potential of becoming an everyday player at the big league level, however, if the Yankees could convince him to come aboard in a similar role as he played in Boston, what value add he would provide. 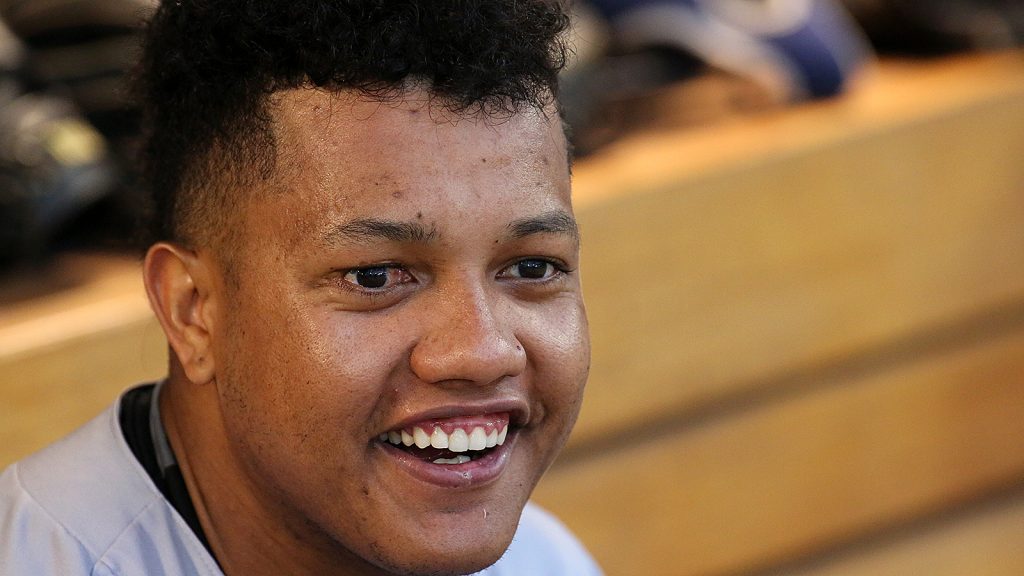 Second baseman Starlin Castro, on a rehab assignment with the Trenton Thunder, in the dugout during against the Hartford Yard Goats in Hartford on Thursday, July 13, 2017. (Martin Griff)

Castro’s name should sound familiar to Yankees fans as he was traded to New York for reliever Adam Warren after spending his first six seasons with the Chicago Cubs. The Yankees moved him from second base to shortstop, and he saw his fair share of struggles in the field in his two seasons in the Bronx. While he remained productive at the plate, he was traded to the Miami Marlins in the package that netted New York, Giancarlo Stanton.

It has been reported that signing back with a contender is Castro’s primary focus and seems okay with losing an everyday role. This could be great news for the Yankees.

As previously stated, his defense leaves for something to be desired; however, the man has proven he can hit just about any MLB pitching. According to Tony Wolfe of FanGraphs, “In 2019, his age-29 season, Castro collected 172 hits, the third-highest single-season total he’s ever put together. That gives him a career hit a total of 1,617, making him one of just 35 players to ever reach 1,600 hits before turning 30. That’s nearly as exclusive a group as the famous 3,000-hit club, which includes just 32 players. Among all active players, Castro is 27th in career hits. He’s younger than every player ahead of him.”

Bradley Jr. is on the trading block by the Yankees arch-nemesis, the Boston Red Sox. While trades between the organizations are few and far between, if Gardner signs elsewhere, Cashman will be in the market for a versatile outfielder. Newly named Red Sox GM Chaim Bloom would love to take Bradley Jr’s salary, that’s projected to be around $11 million next season, off the books as Boston ownership looks to slash payroll to below the luxury tax threshold.

The former South Carolina Gamecock standout has won a Gold Glove, and is a defensive first player. The 29-year old possesses a better bat than Hamilton, but his numbers still leave something to be desired. Last season the 2011 40th overall pick batted .225 with 21 home runs, 62 RBI’s, and 8 stolen bases.

Bradley Jr along with Hamilton, Holt, and Castro wouldn’t be flashy big ticket signings that would bring tons of pomp and circumstance to the Bronx, however, they could be the next shrewd move that Cashman makes. While these are the bigger names on the spectrum of big leaguers who would make sense, it’s still important to keep an eye out on guys like Zack Granite who could be even smaller names that seemingly come out of nowhere and make a huge impact.