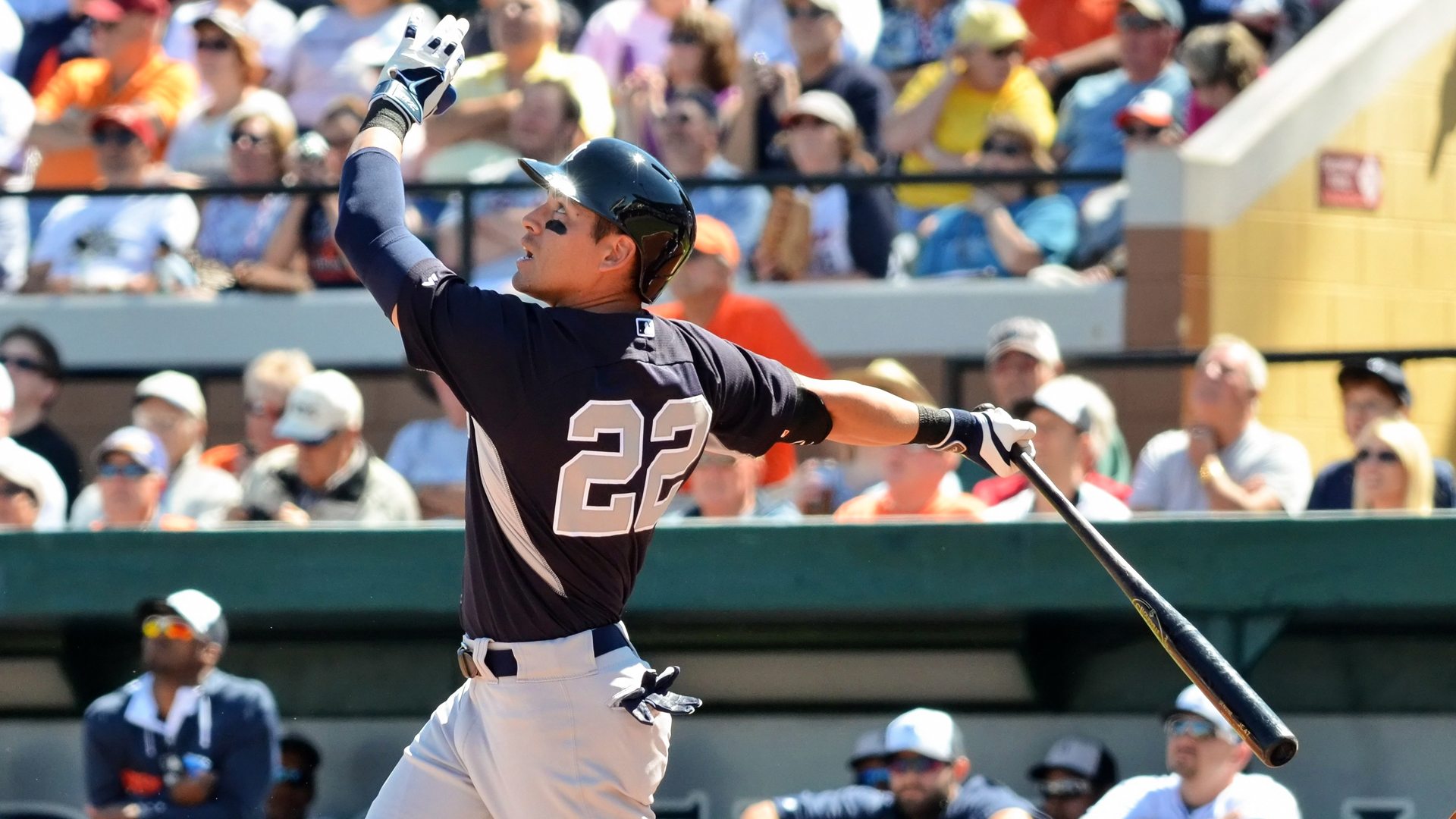 From Back Fields to the Bronx
Examining the Yankees’ Positions: The Center Fielders

Centerfield for the Yankees is traditionally the most iconic position in the sport. Historically players like Earle Combs, Joe Dimaggio, Mickey Mantle, Rickey Henderson, and Bernie Williams have roamed the spacious terrain at Yankees Stadium.

The Yankees signed Jacoby Ellsbury, after the 2013 season, to a 7-year/ $153M free agent contract. The team was thinking it was signing the next great center fielder to lead it to championships. To say his first three seasons in pinstripes has been a disappointment an understatement. Ellsbury is being paid like a superstar but is not producing as such. He is now 33-years old, and several players will soon be pushing for playing time on the Major-League roster. 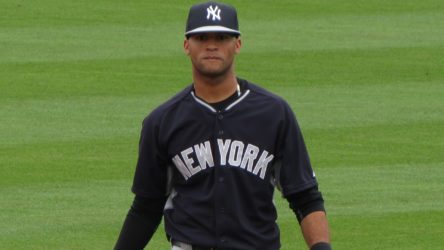 Mason Williams with the Yankees in Spring Training (Bryan Green)

Mason Williams was once considered the Yankees’ top prospect. In fact, he has been amongst their top prospects every year since being drafted in the fourth round of the 2010 draft. This year Pinstriped Prospects ranks him at number 24. He has the athletic ability to play all three outfield positions but unfortunately has gotten injured whenever he received the opportunity to play. A member of the 40-man roster, the 25-year old Williams will likely begin the year in Scranton but will be in the mix as a fourth outfielder, if the need arises. 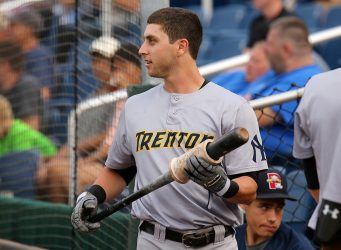 Dustin Fowler has quickly climbed through the Yankees’ system since they drafted him in the 18th round of the 2013 draft. The 22-year old will begin the season in Scranton, after showcasing his combination of power and speed in Trenton last year. Fowler is Rule 5 eligible after the season. Expect the Yankees’ number 14 prospect to push his way to the majors before the year is over.

Rashad Crawford was the final piece in the trade that sent Aroldis Chapman to the Chicago Cubs last summer. He spent last year in Hi-A which means he should be ticketed for Trenton. Crawford is 23-year old and is Rule 5 eligible after the season. He will need to have a standout season for the Yankees to find room for him on the 40-man roster. 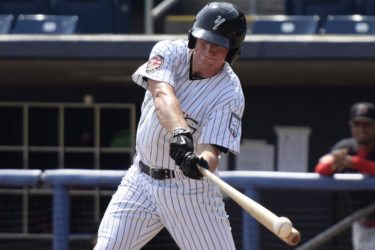 Jeff Hendrix connects for a base hit (Robert M Pimpsner)

Jeff Hendrix is another 23-year old that finished last year in Tampa. He was taken by the Yankees in the fourth round of the 2015 draft. The outfield in the system is stacked, so Hendrix will need to excel to be noticed.

Tito Polo came over to the Yankees late last season as a player to be named later from the Pittsburgh Pirates in the trade for Ivan Nova. The 22-year old received rave reviews during the World Baseball Classic for his play on the field and leadership off, for team Venezuela. He finished last year in Hi-A and is Rule 5 after the season.

The jewel of the Yankees’ 2016 draft is 19-year old Blake Rutherford. Upon signing, the 18th overall pick tour through the Gulf Coast and Appalachian Leagues. He figures to start the season in Charleston. It is possible that before the year is through, he moves from the third best Yankees’ prospect to the top of the list.

Rutherford’s teammate in Pulaski last summer was another 19-year old, Estevan Florial, from Haiti. Florial is a dynamic, raw talent with 70 grades for speed, arm, and power, per Baseball America. If his skills can somehow translate to the diamond, he will improve upon his spot at 22 in the rankings. 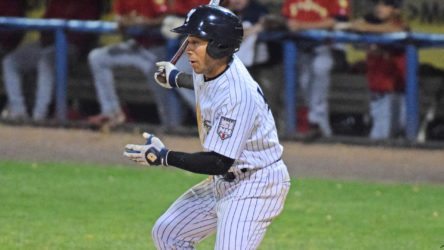 Don Thompson-Williams was the Yankees’ fifth-round draft pick in last year’s draft. The soon-to-be 22-year old played in Staten Island last summer. He will likely start out the year in extended spring training.

The Yankees boast several other teenage centerfielders that played in the Dominican Summer League as well as the Gulf Coast League last summer. They include Jordan Scott, Pablo Olivares, Raymundo Moreno, Antonio Arias, and Andres Fernandez. They also will start the year in extended spring training as they look to refine their skills