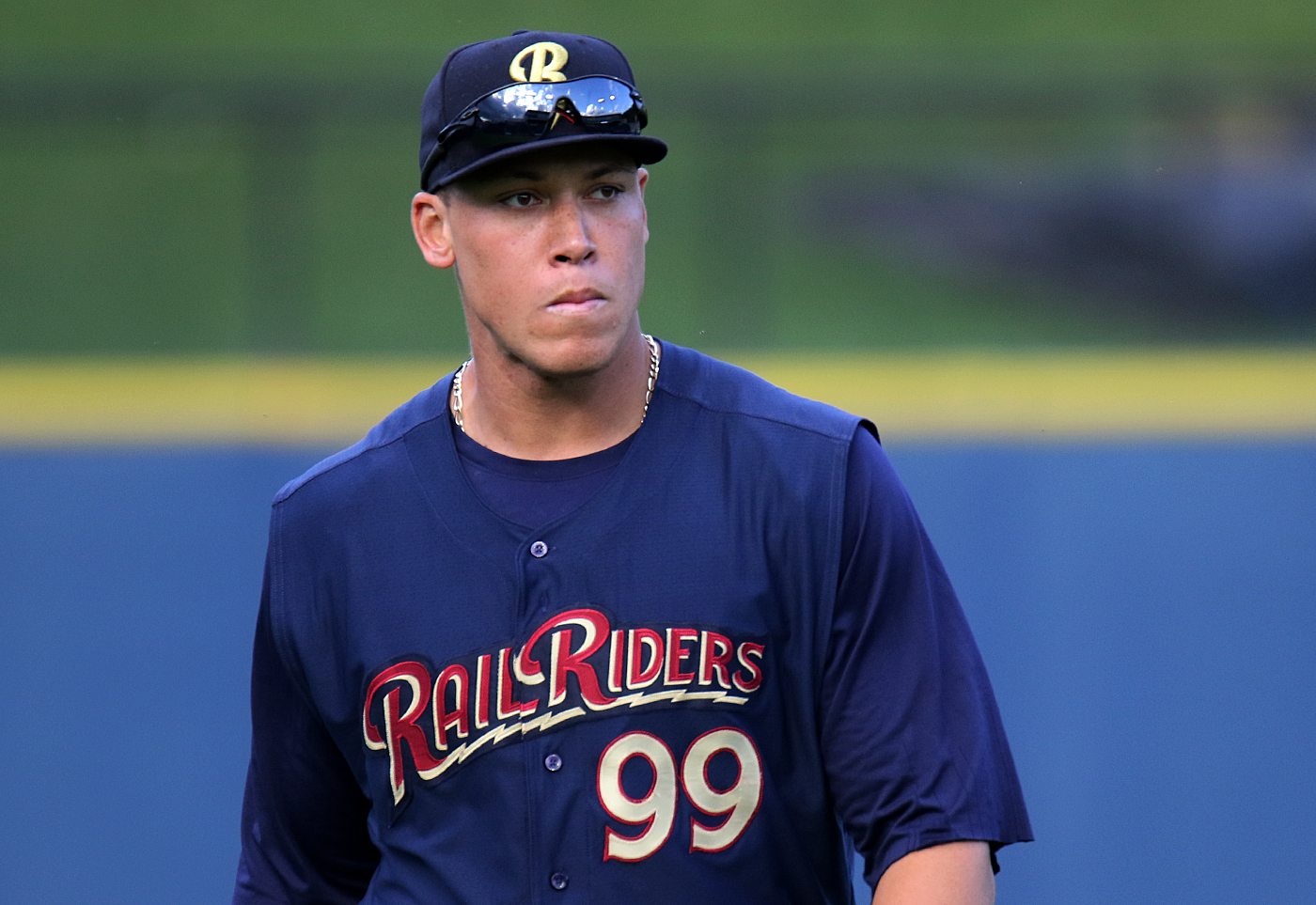 The New York Yankees have one of the best minor league systems in all of baseball. The number of top prospects in the organization rivals all other teams. Beyond that, the depth of talent on the farm is the most impressive collection of young players that the Yankees have had in my lifetime. We will examine the organization from top to bottom, focusing on each player’s primary position. As we continue this series, today we will concentrate on the right fielders.

Aaron Judge was drafted by the Yankees in the first round of the 2013 June amateur draft. He stands 6’7” and has a strike zone larger than most. Throughout his minor-league career, he had a penchant for struggling upon being promoted. It would take him some time to adjust, but when he did, he would excel at every level. During the summer of 2016, he once again was promoted and once again struggled. This time was in the Bronx. Often looking lost at the plate, he struck out at an alarming rate.

Judge made offseason adjustments which translated to the field during spring training. He cut down on his strike outs and made lots of hard contact. He won the starting right field position for 2017. As the team’s number seven prospect, he is in position to play every day. He will start the season batting low in the lineup. The Yankees hope that he gets comfortable, moves up in the order, and competes for the Rookie of The Year Award. He will turn 25 later in April.

Aaron Hicks is a 27-year old former first round pick of the Minnesota Twins. The Yankees’ front office loves the tools that the switch has. He runs well, is an above average defender, and throws extremely hard. He just has not produced offensively, yet. Hicks competed with Judge during spring training for the starting job in right but instead will be the fourth outfielder, backing up all three spots. He will give Brett Gardner and Jacoby Ellsbury a night off against tough lefties.

Billy McKinney is a 22-year old former first round pick of the Oakland Athletics. Acquired last summer in the Aroldis Chapman deal with the Chicago Cubs, he is the Yankees’ number 28 prospect. After injuries to Tyler Austin and Mason Williams, McKinney was invited to Major-League spring training. He excelled there, opening a lot of eyes. He will begin the season with the Trenton Thunder. He is also eligible for the Rule 5 Draft after the season.

Austin Aune was the Yankees’ second-round pick in the 2012 draft. The 23-year old returns to Tampa, where he spent last season.

Also, slated to begin the season in Tampa is 24-year old Jhalan Jackson. Last year, he had 43 extra base hits for Charleston.

Isiah Gilliam will begin the season in Charleston. The 20-year old spent last year in Pulaski, where he had 24 extra base hits.

Timmy Robinson, 22, was taken in last year’s draft. He played in Staten Island and produced an OPS of .826.

Ben Ruta was also taken in last year’s draft. The 22-year old split the year between Pulaski and Staten Island.

Andy Diaz is a 21-year old native of the Dominican Republic. He was in Pulaski last year.

Three players that spent their first summer playing stateside in 2016 are 20-year old Lisandro Blanco from the Dominican Republic, 19-year old Brayan Emery of Colombia, and Leobaldo Cabrera, also 19, from Venezuela. They all played in the Gulf Coast League.

Three other teenagers that played in the Dominican Summer League last year are Jonathon Amundarey and Luis Martinez, both 18, and Jhon Moronta, 17.