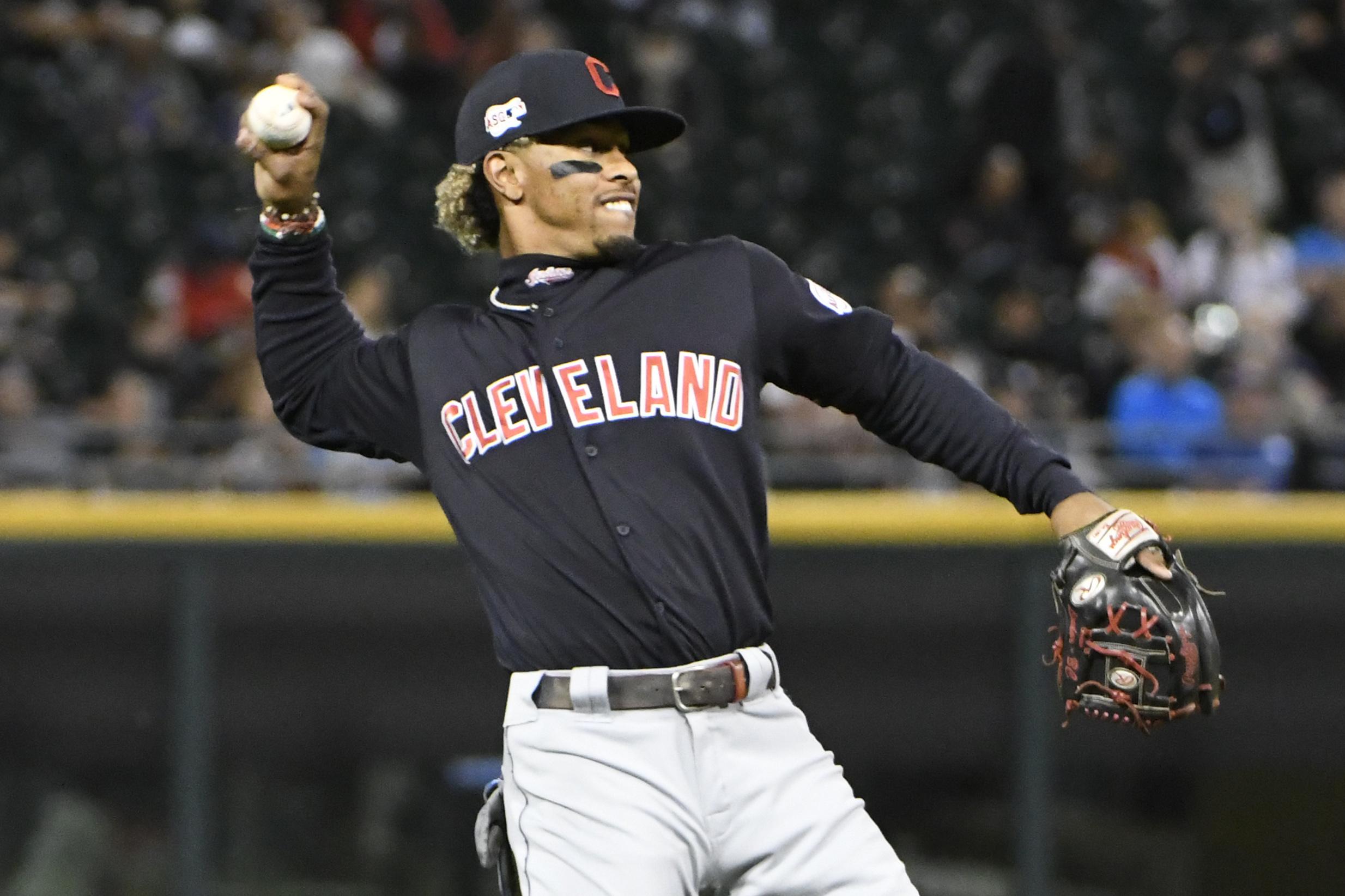 Happy Winter Meetings! If you haven’t checked your Twitter feed in a day or so, MLB free agent and trade rumors are buzzing around the baseball world. It would be a massive surprise if GM Brian Cashman and his highly intelligent auxiliary didn’t make at least one splash in the coming days in the beautiful San Diego, California.

It is well documented that the Yankees new core is beginning to age, and the window of the prime years of Aaron Judge, Gary Sanchez, Luis Severino, and company are here. The ‘Baby Bombers’ are growing up, and the next realistic window to win championship number 28 is officially here.

Cashman and Yankees managing partner Hal Steinbrenner has been frugal and played it safe the past few winters. It would be ill-advised to do so in 2020. Does the question then become what do the Yankees need? And who is out there for New York to get?

Look no further; we have some big-ticket names that the Yankees brass should at least do their due diligence about these guys listed below. 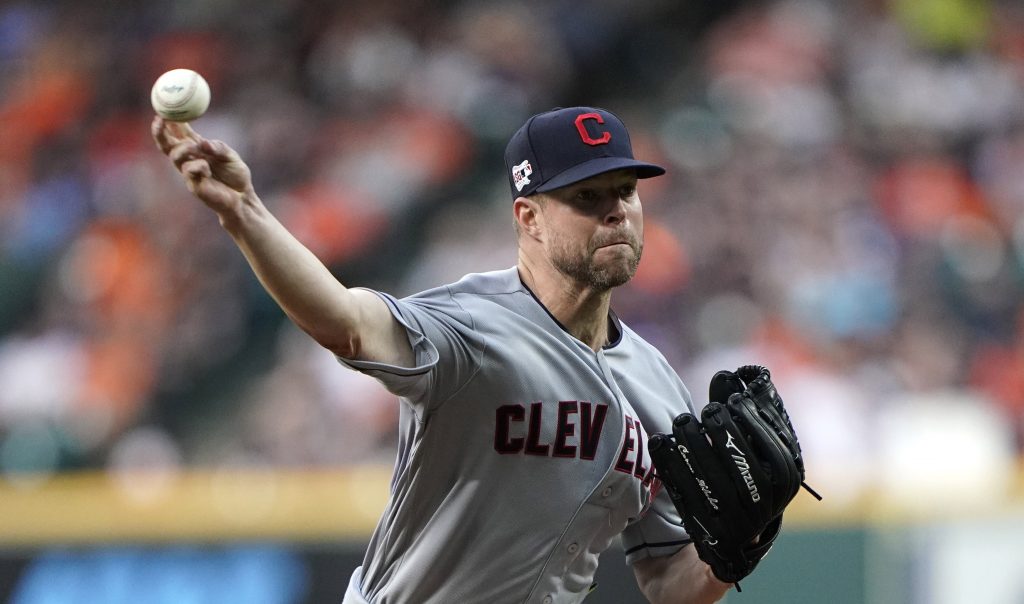 FILE – In this April 26, 2019, file photo, Cleveland Indians starting pitcher Corey Kluber throws against the Houston Astros during the first inning of a baseball game in Houston. The Cleveland Indians say pitcher Corey Kluber threw a successful bullpen session at Progressive Field, the right-hander’s first time throwing from a mound since fracturing his right forearm on May 1. The team said the two-time Cy Young Award winner fired 20 fastballs, as scheduled, before Cleveland’s game against Detroit on Wednesday, July 17, 2019. (AP Photo/David J. Phillip, File)

Despite posting an uncharacteristically 2-3 record and 5.80 ERA over a career-low 35 2/3 innings pitched last season, the Cleveland Indians decided to pick up the former All-Star right-hander’s $17.5 million club option for 2020.

Kluber, 33, broke his right forearm as he was hit by a comebacker on May 1st and never returned to the bump in 2019.

The two-time Cy Young Award winner could be a bust in his comeback campaign, but he sure does have the track record of a top of the rotation starter that can pitch in big situations and deep into games.

This is why if he could be had at a reasonable prospect cost, the trigger should be pulled as he would slot in nicely in the second or third spot in the Yankees rotation. If acquired, this should 100% not take the organization out of the Gerrit Cole sweepstakes. 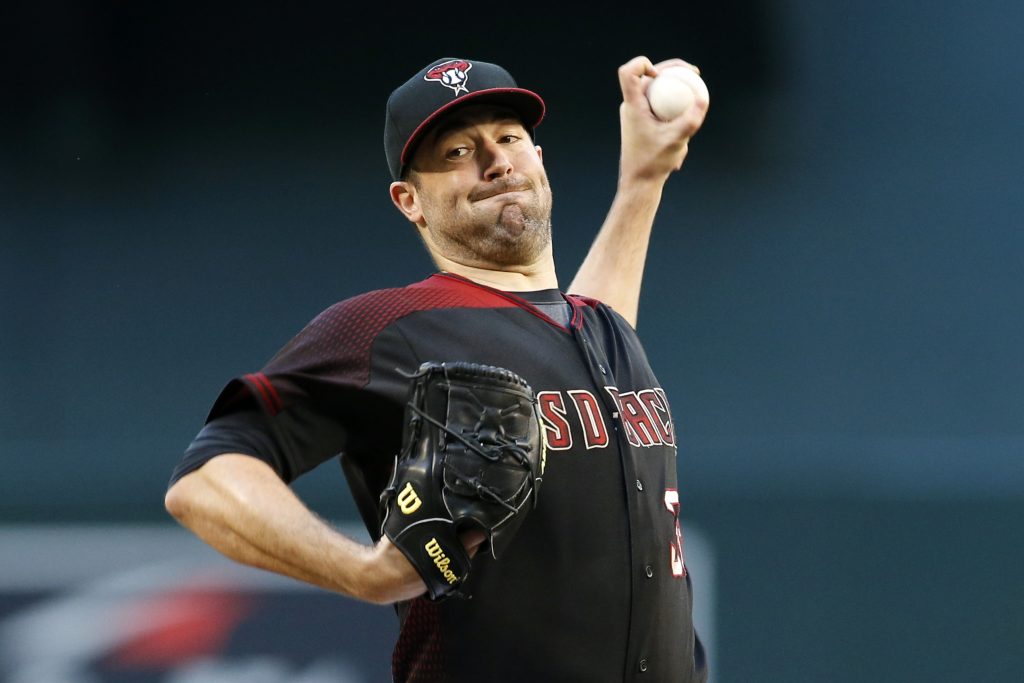 Ray has been connected to the Yankees for quite a bit of time now. The southpaw, if acquired, would slot in nicely as a #4 starter with upside behind James Paxton, Luis Severino, and Masahiro Tanaka.

Despite ranking near the top of all MLB starters in strikeouts, Ray’s elite swing-and-miss pure stuff isn’t coupled with command. The Diamondbacks starter is a risk worth taking for one year if he could be landed without giving up a considerable haul, including prospects like Clarke Schmidt, Deivi Garcia, and company.

Arizona, just DFA’d Stephen Souza Jr, and the Yankees have Clint Frazier so that should get the conversation going. 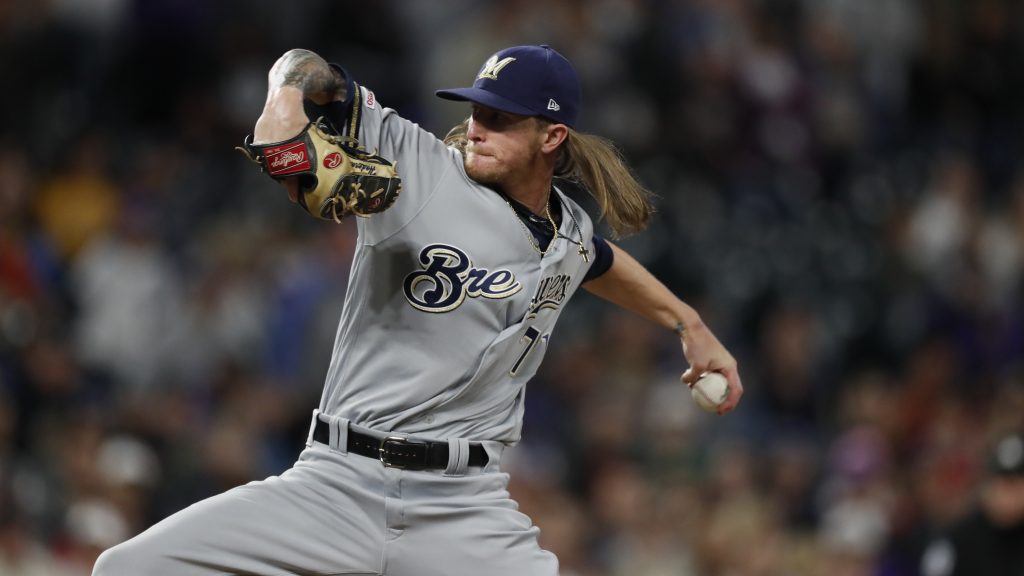 The Milwaukee Brewers are slashing payroll and have already lost a plethora of crucial cogs in free agency thus far this off-season. While rival front office executives have deemed Hader’s departure at around zero percent, the Brew Crew are still letting teams know he could be had at the right price, according to The Athletic’s Ken Rosenthal.

Hader is one of the most tantalizing relief pitchers in today’s game. In his two-year career to date, the All-Star has made 151 appearances, thrown 204 2/3 innings and pitched to a 2.42 ERA.

The 25-year old southpaw racks up k’s like no other his career 15.4 K/9 is the highest of any pitcher in MLB who has thrown a minimum of 200 innings. His impressive 6.6 WAR ranks him second among relievers since his debut in 2017.

While a deal is unlikely, it is worth a phone call or two. 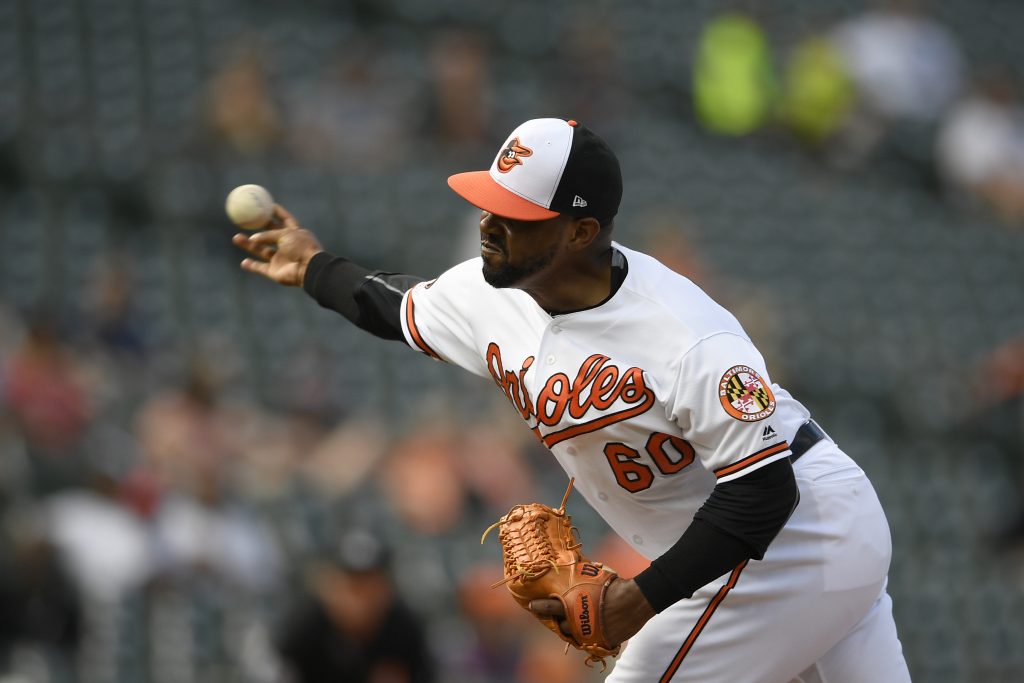 Givens was reportedly on the Yankees radar at this past season’s trade deadline. While obviously nothing came to fruition, New York “tried hard” to bring the Baltimore Orioles best reliever to the Bronx, according to Joel Sherman of the New York Post.

Despite coming off his worst season to date, there is a reason to believe that the five-year veteran will be worth acquiring. To start, Givens is controllable for two more seasons at a reasonable salary.

The hard-throwing righty is projected to make $3.2 million this season in arbitration. That is a pretty reasonable sum for a player that would potentially fill the shoes of free agent Dellin Betances at the back-end of the Yankees bullpen.

THE LEFT SIDE OF THE INFIELD 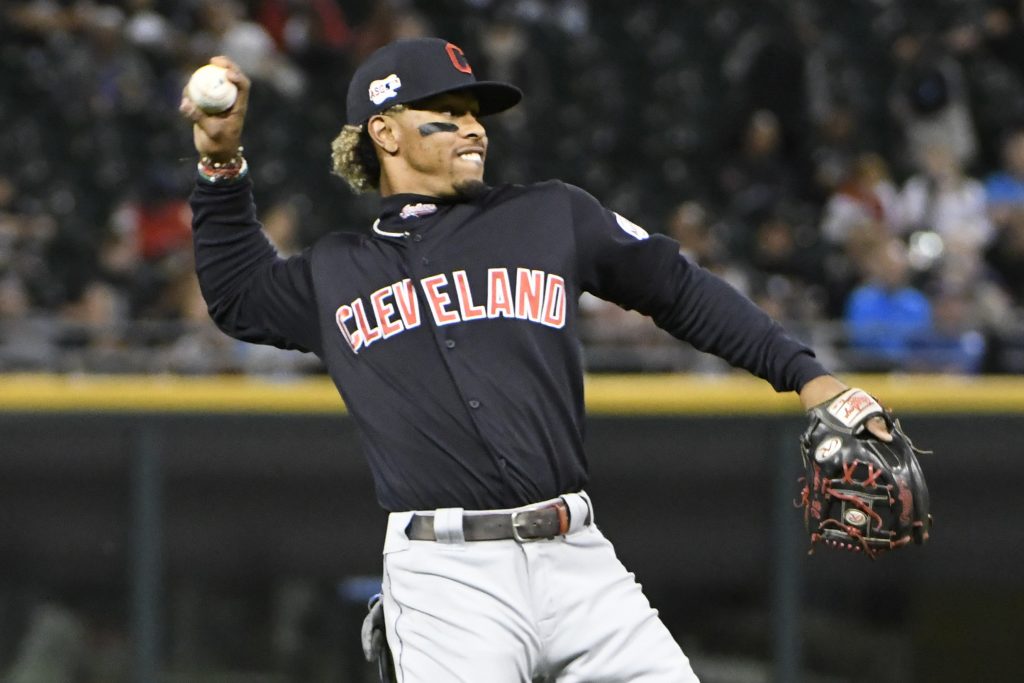 With Didi Gregorius all but officially gone, the Yankees could potentially be in the market for a shortstop this winter. Lindor is a player that the Cashman should offer pretty much whatever package the Cleveland Indians desire to land the four-time All-Star who has one multiple Silver Slugger Awards and Gold Gloves in his impressive, young career.

Furthering adding to his value, Frankie smiles is a charismatic and lovable player who would sell jersey’s, tickets, and instantly become a fan favorite in the Bronx. His play and character make him a generational type of player who would thrive on the biggest stage in the world. He’s worth a haul of Miguel Andujar, Deivi Garcia, and others.

The Yankees have been connected to the 25-year old stud shortstop this off-season, and rightfully so. Despite Indians management sending a message to the baseball community that they expect Lindor to be in the 2020 opening day lineup, things change. Cleveland will be trimming payroll, and they would be foolish to refuse a Godfather type offer from any club, including the Yankees. 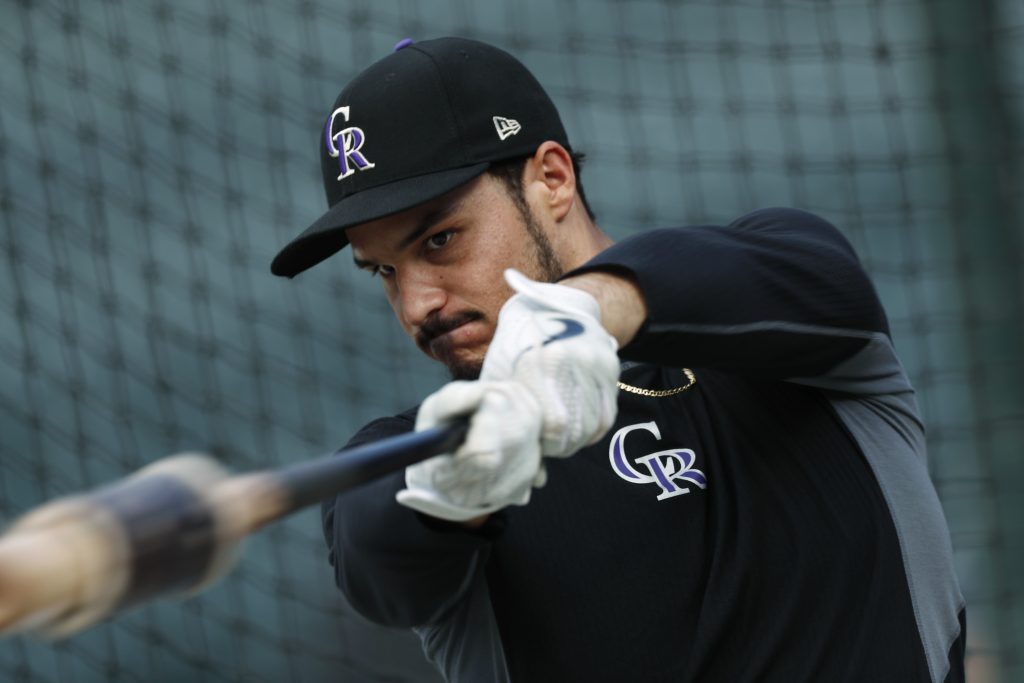 The Colorado Rockies will most likely be trading one of these two All-Star’s by Spring Training due to the desire to acquire controllable starting pitching and slash payroll.

According to MLB TradeRumors, “The 27-year-old Story is fresh off a two-season run in which he was unquestionably an elite shortstop, as he racked up 10.9 fWAR, slashed .293/.355/.561 with 72 home runs and 50 stolen bases across 1,312 plate appearances, and totaled 18 Defensive Runs Saved. Just about any team would sign up for that all-around production, and if you’re a club in need of a shortstop, there’s not much out there in free agency other than Didi Gregorius (who’s coming off a poor season). That’s yet another reason Story and his affordable two years of control would bring back a haul in a trade, one that could help the Rockies turn around a subpar farm system.”

Arenado, who just signed a seven-year, $234 million extension last off-season to remain in Colorado and avoid hitting the open market this off-season, could potentially find himself playing elsewhere. He is one of, if not the best defender in baseball and has an opt-out clause in his contact in two years. As the Rockies look to rebuild into a contender, trading Arenado would be the quickest way to get them there.

The Yankees would no doubt be interested in both these guys as Cashman would attempt to land yet another Rockies player to play in the Yankees organization. DJ LeMahieu, Mike Tauchman, and Adam Ottavino have transitioned well to playing under the bright lights of Yankee Stadium, and Arenado or Story would be too.

IF THEY BECOME AVAILABLE, WHY NOT? 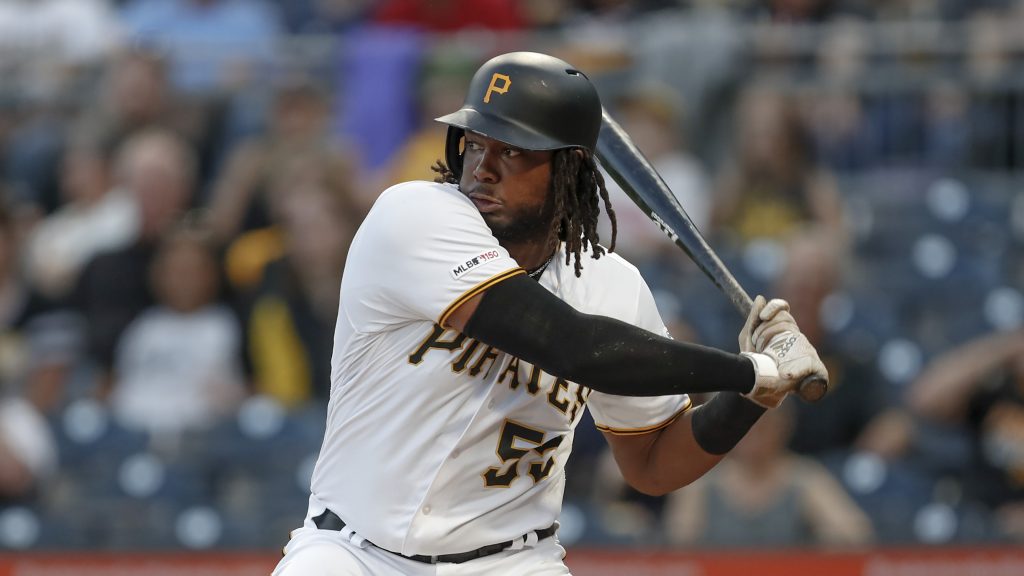 Former MLB GM and current writer for The Athletic recently wrote that Cashman should call up the Pirates and offer Andujar, Luke Voit, and prospect Roansy Contreras for All-Star first basemen Josh Bell. I am all for it.

Bell, 27, slashed .277/.367/.569 with over 110 RBI’s last season. He is a switch hitter would benefit from playing in Yankee Stadium and having protection around him in the batting order. While his defense is admittedly still a work in progress, his 37 home runs and four years of team control should more than makeup for that.

Also, he won’t cost much towards the luxury tax, roughly making around $6 million in his first year of arbitration. 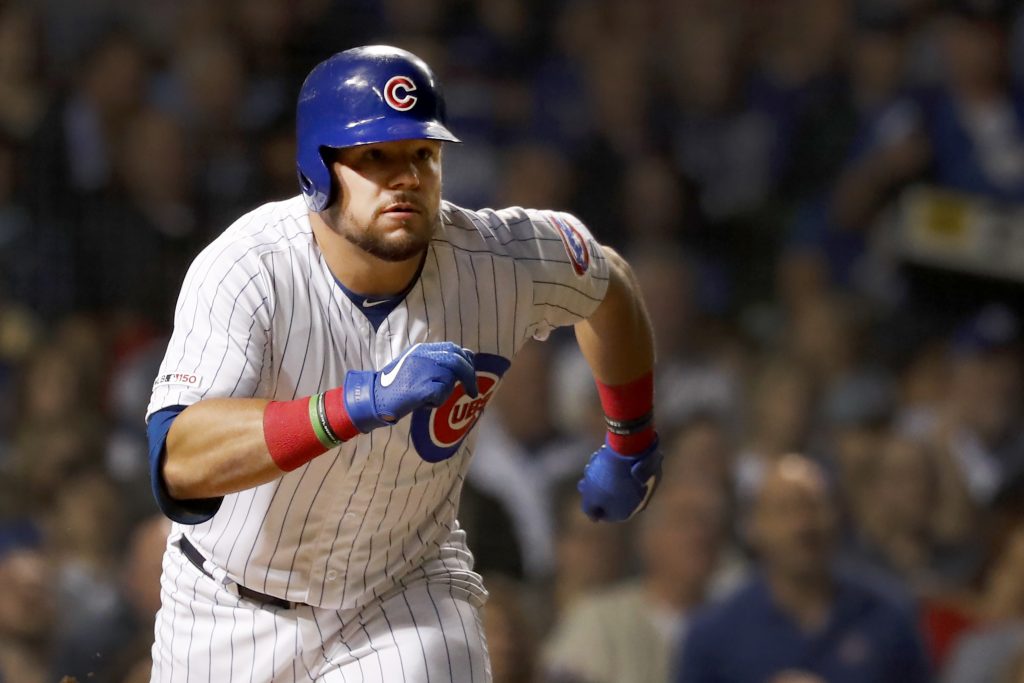 The Yankees asked the Cubs for Schwarber in place of Gleyber Torres back in 2016 when negotiating the franchise-altering Aroldis Chapman trade. Fortunately for Cashman, Theo Epstein said no and stuck to his guns about dealing Torres instead.

While matching up for a trade this off-season doesn’t seem to make the most sense, Schwarber has tons of upside, would balance out a right-handed-heavy lineup, and is still under team control for another couple years.

His acquisition would require other trades to make room for the 26-year old slugger in the Yankees lineup. However, it was just a few years ago when Jeff Passan tweeted out that Cashman thinks he could hit 50 home runs at Yankee Stadium.

While I agree that not sounding far fetched, at this point, pitching needs to be the focus, Schwarber is an exciting option; however, especially if he could play first base.