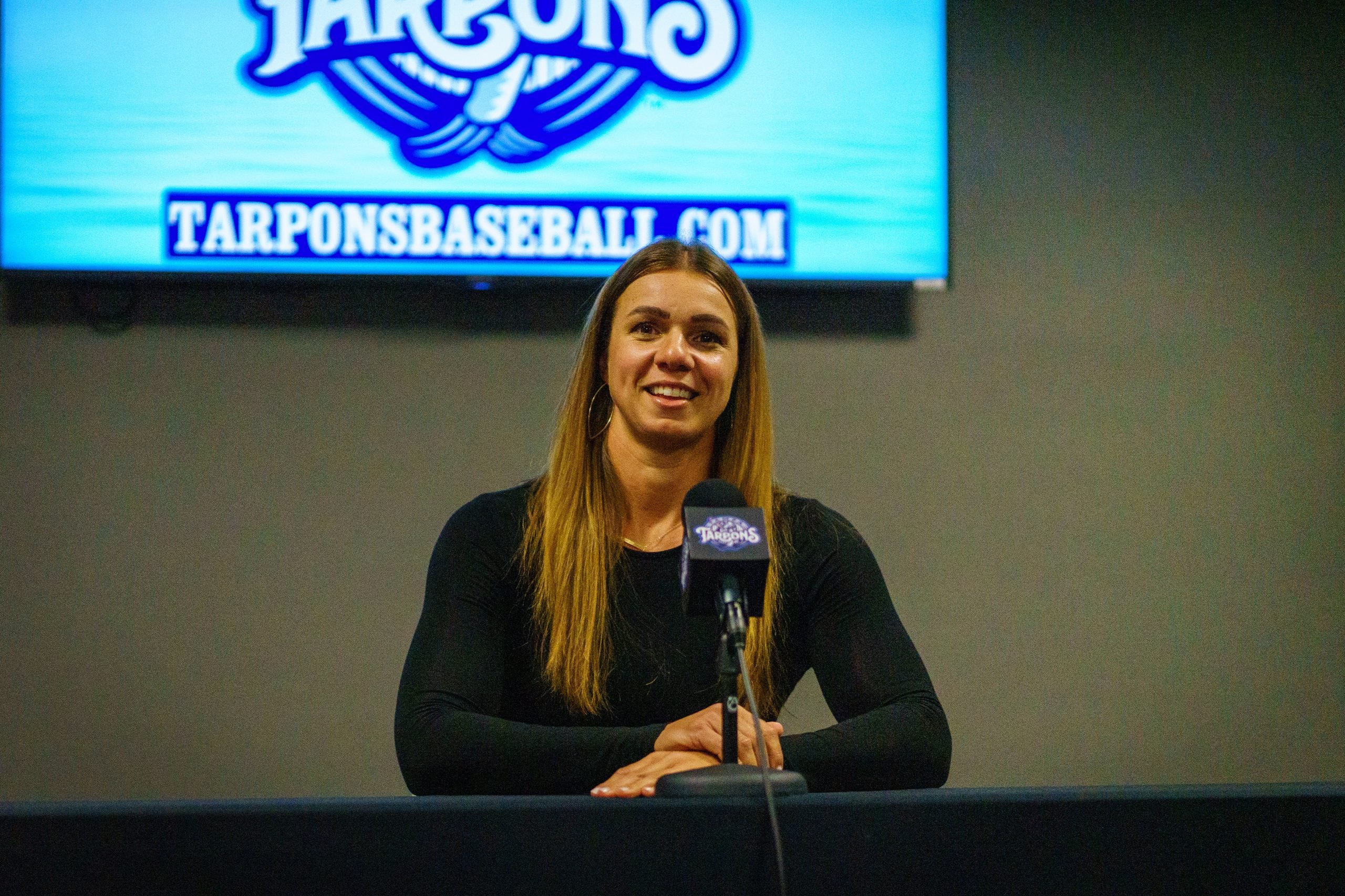 Rachel Balkovec, the Low-A Tarpons’ new manager and the first female in professional affiliated baseball, will take the field tonight with her new team in Lakeland against the Flying Tigers.

Balkovec spoke briefly on how she’s worked against discrimination against because of her gender and sleeping on a mattress that she pulled out of a dumpster. Balkovec stated that “At some point you have to look at yourself and go ‘what is my purpose on this planet? And if I don’t do this, who else is going to come behind me and do it?’ And if the answer is ‘ok, it’s just me’, then I don’t feel like I really have a choice.”

She credited other female trailblazers like Billie Jean King, a pioneering woman who played tennis in the 1960s and 1970s, along with Jean Afterman and Kim Ng, who were a part of the Yankees’ front office, in making this process a little easier.

Balkovec noted that she got injured while throwing batting practice from a late swing by a batter but looks to be doing better and was in good spirits.

She also said how she can command attention in a room quickly and with the respect of the players. “Every time I join an organization, there’s a little bit of curiosity. The first couple weeks maybe there’s some uncertainty, or the guys don’t know me very well. And then within two weeks or probably within 24 hours they know the deal, right. I can walk in front of a room, speak confidently, know what I’m talking about, oh and I can say it in Spanish too… it’s like ok, alright this woman is about business and this is the job, she’s a professional. I really think it doesn’t take too long for them to figure out that I’m just a coach.”

When speaking about how she’d be a role model to a little girl that’s potentially watching her manage the team, she said, “If you’re wearing this uniform, especially if you’re in the Major League clubhouse, you are a role model. Whether you like it or not, people are looking at you. So you can choose to shy away from that or just not do a good job of it, or you can choose to lean into it and be there for that and show up for them, because somebody showed up for you before. Many women have done many things before I got this role to make sure that I could be here. If I say I don’t want to do that or want to be part of that, it’s selfish, it’s disrespectful to the women that have come before me and it’s just a part of my job. Whether I like it or not. Whether I wanted to wake up early, whether I wanted to take time away from my day to be here or not, it’s my job.”

She gave a few players a shoutout, saying, “check out (outfielder) Grant Richardson’s power, (infielder) Connor Cannon might make one disappear into the night” and also gave some recognition to infielder Ben Cowles and pitcher Chandler Champlain, the latter of which should make his pro debut in the coming days.

Balkovec’s Tarpons will have Tyrone Yulie on the bump tonight in Lakeland, with a first pitch at 6:30 PM.