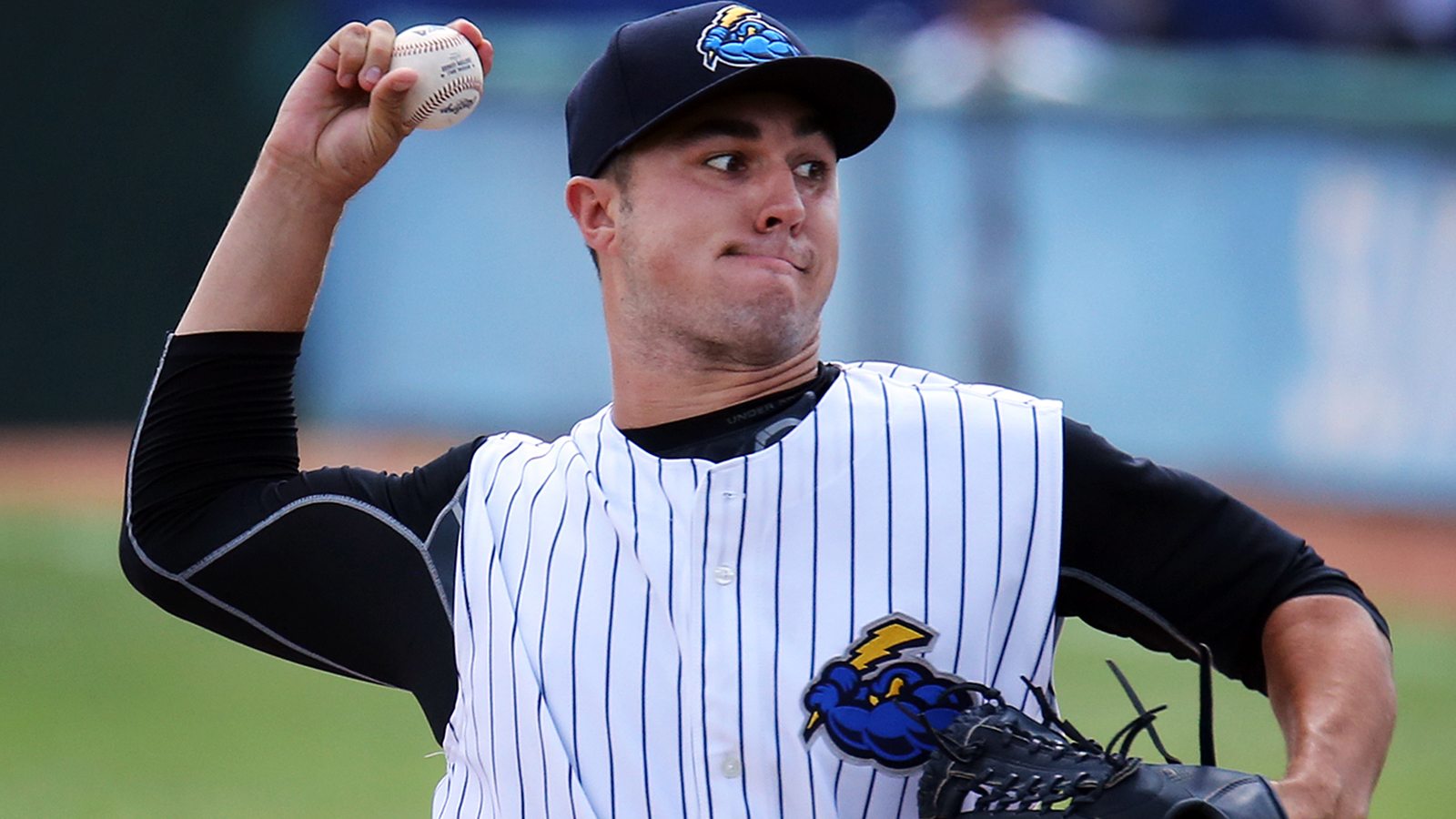 J.P. Feyereisen works in relief for the first time for the Trenton Thunder during a game against the Hartford Yard Goats at ARM & HAMMER Park in Trenton on Wednesday, August 3, 2016. The Yankees acquired the right hander from the Cleveland Indians as part of a deal for Andrew Miller. (Photo by Martin Griff.)

TRENTON – While fans anxiously await the big league arrival of Clint Frazier, the Yankees also acquired a plethora of other talented prospects from the Cleveland Indians in the Andrew Miller trade a few weeks ago that are very close to being able to contribute at the big league level. Right-hander Ben Heller has already gotten the call, J.P. Feyereisen may not be too far behind.

Prior to the completion of that aforementioned deal, Feyereisen was closing games and was entrenched as a key cog in the Akron RubberDucks bullpen. He will face-off against his former team on Tuesday night at ARM & HAMMER Park for the first time since joining the Thunder.

“It’s definitely strange,” admitted Feyereisen. “I actually had a couple buddies bring my truck up from Akron, so it was kind of cool seeing them.”

Feyereisen added, “It is definitely strange playing against the team that I was on earlier this year.”

Since joining the Yankees organization on July 31, Feyereisen has appeared in four games for Trenton and has allowed just six hits and one earned run in 7.1 innings. In his first season in the minor leagues upper levels, the 23-year old right-hander has gone 5-3 with five saves all while striking out 63 batters in 47.1 innings of work in the Eastern League.

‘If these guys wanted to ask me for a scouting report on them (Akron), they could, for sure,” said Feyereisen. “I would tell them because this is my team now.”