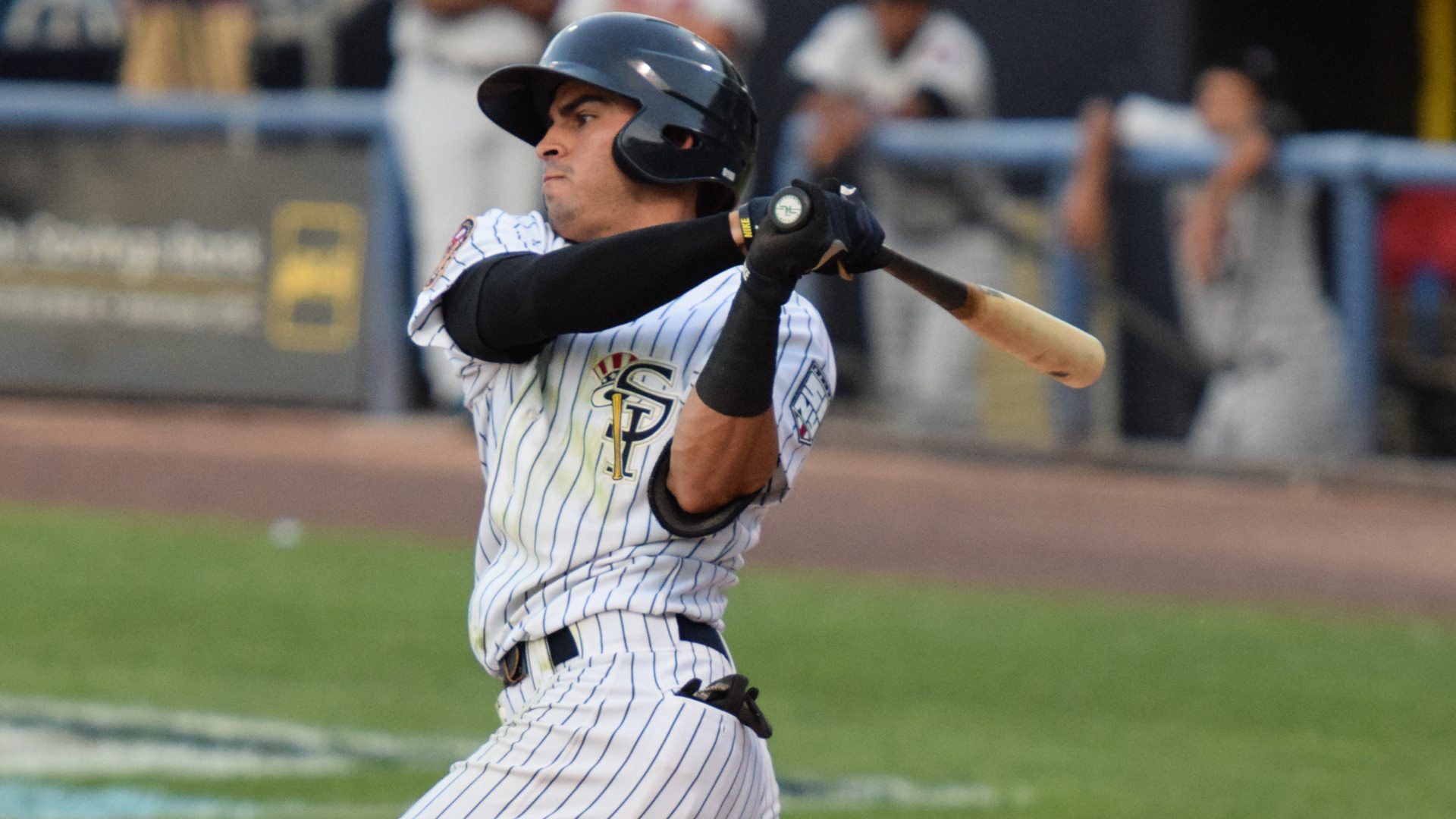 STATEN ISLAND-Every year, hundreds of football games, at all kinds of amateur and professional levels, across the nation will end with a game-winning field goal, worth three points.

At Richmond County Bank Ballpark, where the return of the football was being celebrated with pigskin-themed competitions, promotions, and NFL-jersey clad fans, three scores provided the winning tally for that night’s game.

A three-run bottom of the 8th inning, fueled by Angel Aguilar’s RBI double that scored two, provided the tallies necessary for victory, as Aguilar would go on to score the winning run on a Kendall Coleman fielder’s choice, allowing the Staten Island Yankees to escape with a 5-4 victory over the Connecticut Tigers.

“They’ve been this way all year,” said Staten Island manager Dave Bialas on his team’s resiliency. “They’ve been resilient all year. We’ve lost players, pitchers, but the guys have come in and done a real good job. It’s been a team effort all the way through.”

With the win, Staten Island (41-29) completed a successful series against Connecticut, taking two of three from their closest competition for the New York-Penn League playoffs’ lone wild card spot. After getting swept by the Tigers (39-32) in Norwich a weekend prior, the Yankees extended their lead to to the spot the 2 ½ games, knocking their magic number down to 3. The Yankees are looking to make the playoffs in back-to-back seasons for the first time since 2005-06.

“(Aguilar) is young, he’s 21 years old,” Bialas said. “He’s come here and done a good job. He can come through with a big like he did tonight. He has power, and he’s going to learn to hit a little bit. He has the tools to play at the major league level.”

The Yankees conclude their regular season with a trio in Tri-City and home-and-home with Brooklyn.

First thing was first, however, as they faced off with Detroit’s affiliate in a rubber match in Richmond County. Connecticut pounced on Staten Island starting P Jonathan Padilla early, loading the bases with nobody out to start the opening frame. Padilla, however, gave up only one run in the frame, which was quickly made up in the bottom half of the 1st inning, as Timmy Robinson’s RBI groundout, his NYPL-leading 49th of the season, tied things up.

Though the Yankees trailed 3-2 when Padilla departed after 6, the other SI run coming on a Billy Fleming RBI single in the 5th; he settled down to have a solid day, striking out a career-high 8 in the contest.

Keeping up with the football team theme, Josh Roeder (3-1, pronounced RAY-der) came in to pitch two innings of one-hit ball before giving way to David Sosebee in the 9th. Mirroring the first, Sosebee likewise got into a bases-loaded, no outs jam, but also gave up only one run, getting a groundout and a strikeout before letting left-hander Justin Kamplain earn the final out, via strikeout, to complete the crucial victory.

“There was a left hander up,” Bialas said, explaining his decision to remove Sosebee after two outs. “(The batter) was 0-for-8 against lefties according to the splits I got. (Sosebee) Did a good job. In this league, you don’t too matchups too much late in the game. We didn’t have a left-hander for a month, but I got an experienced guy in there now like Kamplain, and he’s got some saves. It was a good situation for him.”

“This was a huge win tonight,” Bialas said. “(It was) kind of like a playoff. (Connecticut) Knew it, and we knew that this series was. We knew we were facing a couple of left-handed pitchers that shut us down in Connecticut. We knew if we won one of the first two, we’d be in good shape.”

For more on the Staten Island Yankees, stay tuned to pinstripedprospects.com.