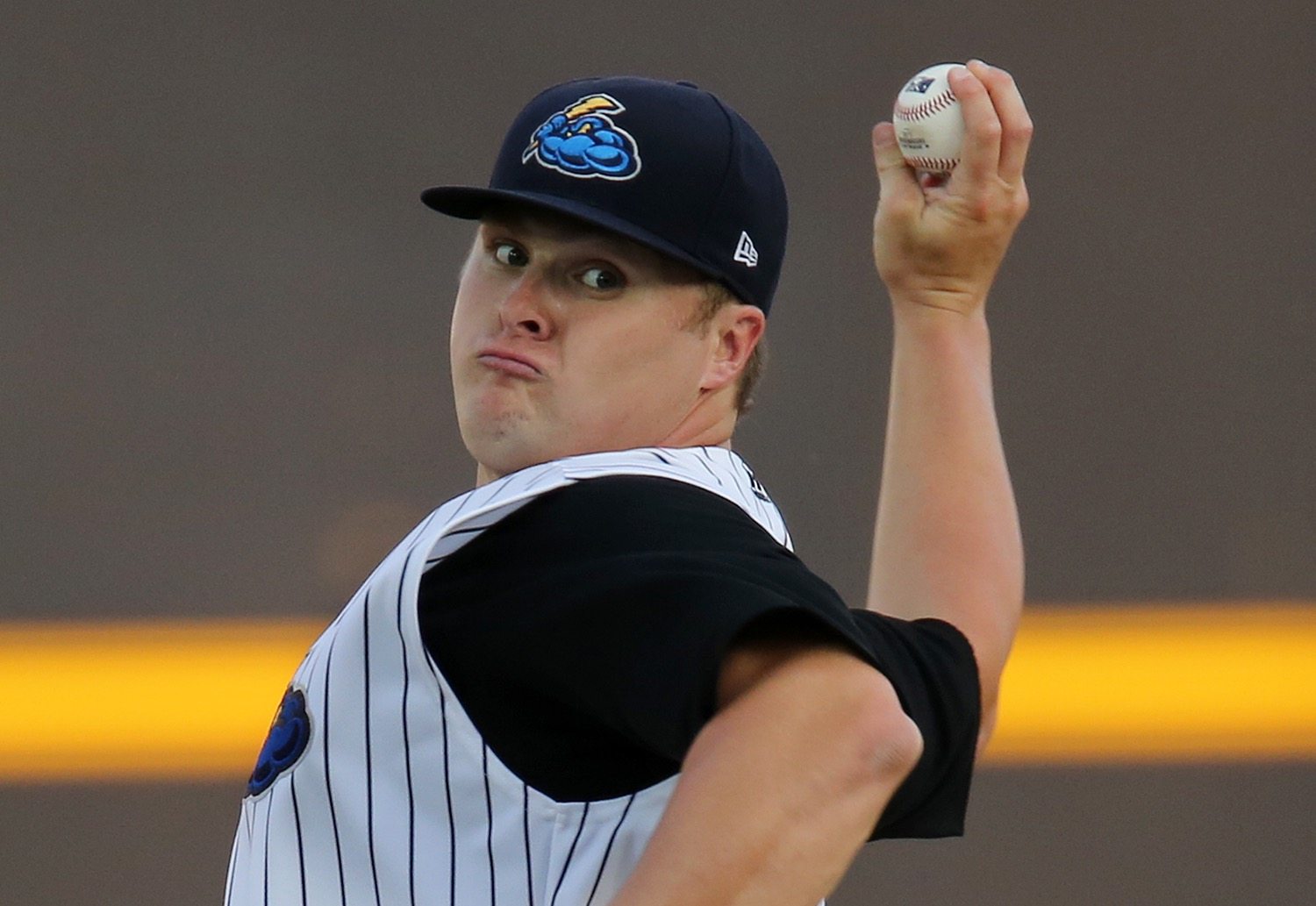 TRENTON, NJ – The Reading Fightin Phils got a strong start from Ricardo Pinto and the Thunder offense managed just three hits in the team’s 3-0 defeat to the Fightin’ Phils in front of 7,368 fans at ARM & HAMMER Park on Thursday night.

Pinto surrendered just two walks through the first six innings before Tyler Austin dropped a base hit into center for the team’s first hit. Austin was later thrown out attempting to tag up on Jared Mitchell’s fly out to center to thwart any chance at a Thunder rally.

Reading scored three times across the second and third innings against Cale Coshow. The Thunder dropped to 1-6 in games started by Coshow this season as he took his third loss of the season. Coshow walked four and allowed five hits across 5.2 innings pitched on Thursday night.

Dylan Cozens stepped into the Eastern League lead with his tenth home run of the season in the third inning. His line drive shot to the opposite field gave Reading the 3-0 advantage that they would hold through the end of the game.

Cito Culver accounted for the lone runner to reach scoring position for the Thunder when he doubled against Hoby Milner in the eighth inning with two outs. Culver is 18-for-61 (.295) over his last 19 games played.

Your Thunder will play game two of their season against the Fightin Phils on Friday night at 7pm. RHP Ronald Herrera will start for the Thunder, LHP Anthony Vasquez will go for Reading. Friday night is Breast Cancer Awareness night, presented by RAI. The first 1,500 fans, ages 18 and up, will receive pink caps in support of breast cancer awareness. The Thunder will also be wearing special pink jerseys which will be auctioned off after the game. Tickets are available by phone at 609-394-3300 or online at TrentonThunder.com.