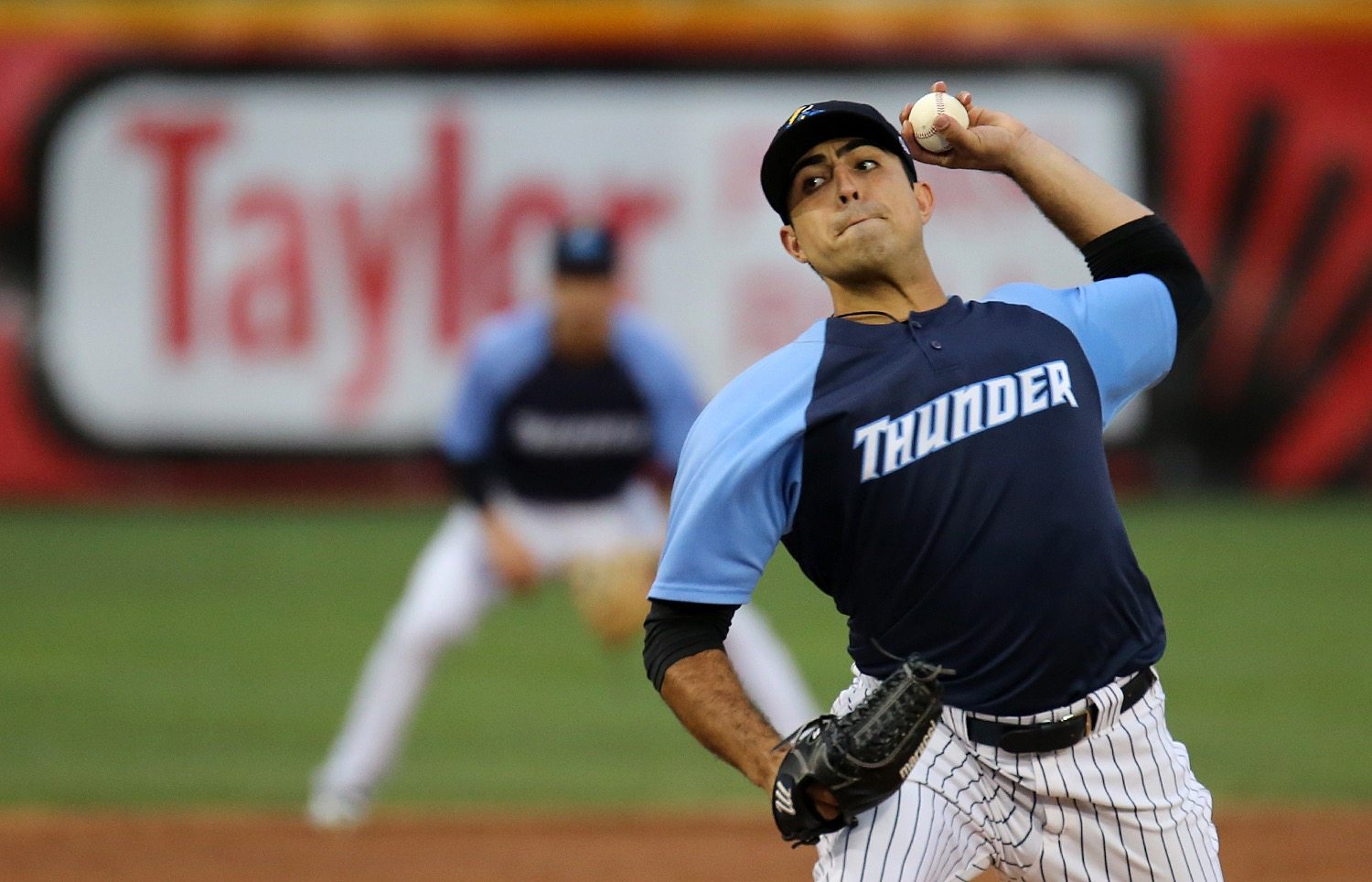 TRENTON, NJ – All it took was the first inning, and the Akron RubberDucks polished-off the Trenton Thunder Wednesday night 6-4.

Akron scored six runs in the first inning off starting pitcher Daniel Camarena, who saw seven of the first eight men reach to begin the night before settling-in. The entire pitching staff settled-in after the first inning, with Matt Wotherspoon and J.P. Feyereisen piggybacking Camarena to allow just three hits over the final eight shutout frames.

The Thunder entered the ninth inning trailing 6-4 before getting a leadoff double from Jose Rosario and a single by Sebastian Valle to pull within a run. Valle was immediately replaced by Michael O’Neill as a pinch-runner, but three batters later O’Neill was still standing at first base as the game came to a close.

For the first time all season, the Thunder have dropped five-of-six games dating back to Thursday’s loss at The Diamond in Richmond, VA. Moreover, Trenton has dropped consecutive home series after starting the season 14-0-3 in home series leading into this homestand.

The Thunder and RubberDucks wrap-up their three-game series Thursday with a scheduled 7:00 p.m. first pitch at ARM & HAMMER Park. It’s Hockey Night at the ballpark, presented by the New Jersey Devils and NHL Network. Items from 24 NHL teams will be available as giveaways for those through the turnstiles and former Stanley Cup Champion Ken Daneyko will throw out a first pitch and participate in an autograph signing for fans. For those who cannot make it to the ballpark, pregame coverage begins on 91.3 FM and online at www.trentonthunder.com.