First Rounder Holder Among Those Heading to Staten Island 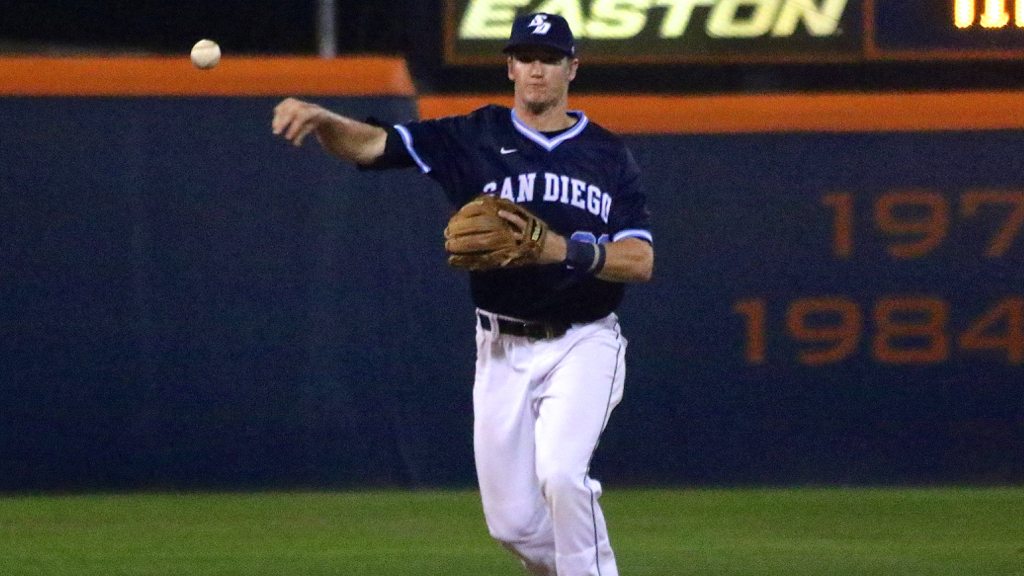 This Friday the Staten Island Yankees will open their 2015 season against their crosstown rival Brooklyn Cyclones and with that a new crop of young hungry prospects are making their way north to continue the journey to the major leagues. As with every season there will be some familiar faces but the majority of the roster will be made up of players fresh out of the First-Year-Player Draft.

This season the Baby Bombers are expected to have many talented players. Led at least initially by the big club’s second first-round draft pick Kyle Holder. Holder, 21, was drafted by the Yankees with the 30th overall pick in this year’s draft out of the University of San Diego. He was a former two-sport athlete who just started focusing on baseball full-time this past season and considered by many the best defensive shortstop in the draft. Holder was ranked as the 38th best prospect in the draft by Baseball America, while MLB.com had him ranked as the 51st best prospect. This past year he hit .348 for San Diego 14 doubles, 2 triples and 4 homeruns.

Joining Holder as part of the infield at Staten Island will be two returning names. Thairo Estrada and Ty McFarland.

Estrada, 19, played in 17 games last season as the team’s primary shortstop until he injured his leg sliding into second base. Over the course of 176 at bats he impressed many with a .278 batting average, 5 triples, 11 doubles, and 2 homeruns and stealing 7 bases. After he returned from injury he went on to play 6 games in the Gulf Coast League, hitting .273 with 2 doubles.

McFarland, 23, was the Yankees 10th round pick in last year’s draft and had a great year with the Staten Island Yankees. Last season he hit .278 with 5 homeruns, 3 triples and 17 doubles over 62 games. His strong season earned him a spot in the 2014 NY-Penn League All-Star Game where he was the starting second baseman. This year he was hurt and did not get assigned to a full-season affiliate until late. First appearing in 7 games with the Charleston RiverDogs where he hit .250 splitting time at the infield corners. He was promoted to the Florida State League where in 14 games he hit just .157 with just 5 games playing the field at first base. McFarland is a natural third baseman but did adjust well to playing second base regularly last season.

On the mound the Yankees will be sending three prospects that have the chance to wow the crowd in the form of Domingo Acevedo, Derek Callahan, and, Luis Cedeno. All three of these pitchers played the majority of last season in the Gulf Coast League with one of the Yankees GCL teams. Acevedo, 21, is one guy to really keep an eye on. New Staten Island manager Pat Osborn said he has front-of-the-rotation stuff that includes a plus fastball. This season he made one appearance with the Charleston RiverDogs before landing on the disabled list, in that start he threw just an inning and two-thirds, allowing a run and two hits. Last season in the GCL he started 5 games and owned a 4.11 ERA with 21 strikeouts in 15.1 innings.

Left-hander Derek Callahan is making his first trip to Staten Island after being selected by New York in the 16th round of the 2014 draft. Callahan, 22, is likely heading into the rotation for Staten Island having made 10 starts in his 13 games as a professional. Last season he appeared in 8 games, 7 in the GCL and one start for the Florida State League Tampa Yankees. Overall he owned a 1-0 record with a 2.87 ERA, striking out 23 over 37.2 innings. Earlier this season he made a couple of spot starts for the Tampa Yankees.

Luis Cedeno, 20, has made a big impression on fans this season with 9 starts for the Charleston RiverDogs including throwing 5 no-hit innings in his season debut on April 24 against Savannah. Overall he pitched to a 3-6 record with Charleston, owning a 3.52 ERA over 46 innings pitched. Last season he started 6 out of the 15 games he played in for the Gulf Coast Yankees and pitched a 1.13 ERA.

Joining these six in Staten Island will be returning pitchers Sean Carley, Ethan Carnes, and Matt Borens. The full roster will not be known until Opening Day but that won’t stop the excitement from building as a new team heads to Staten Island.