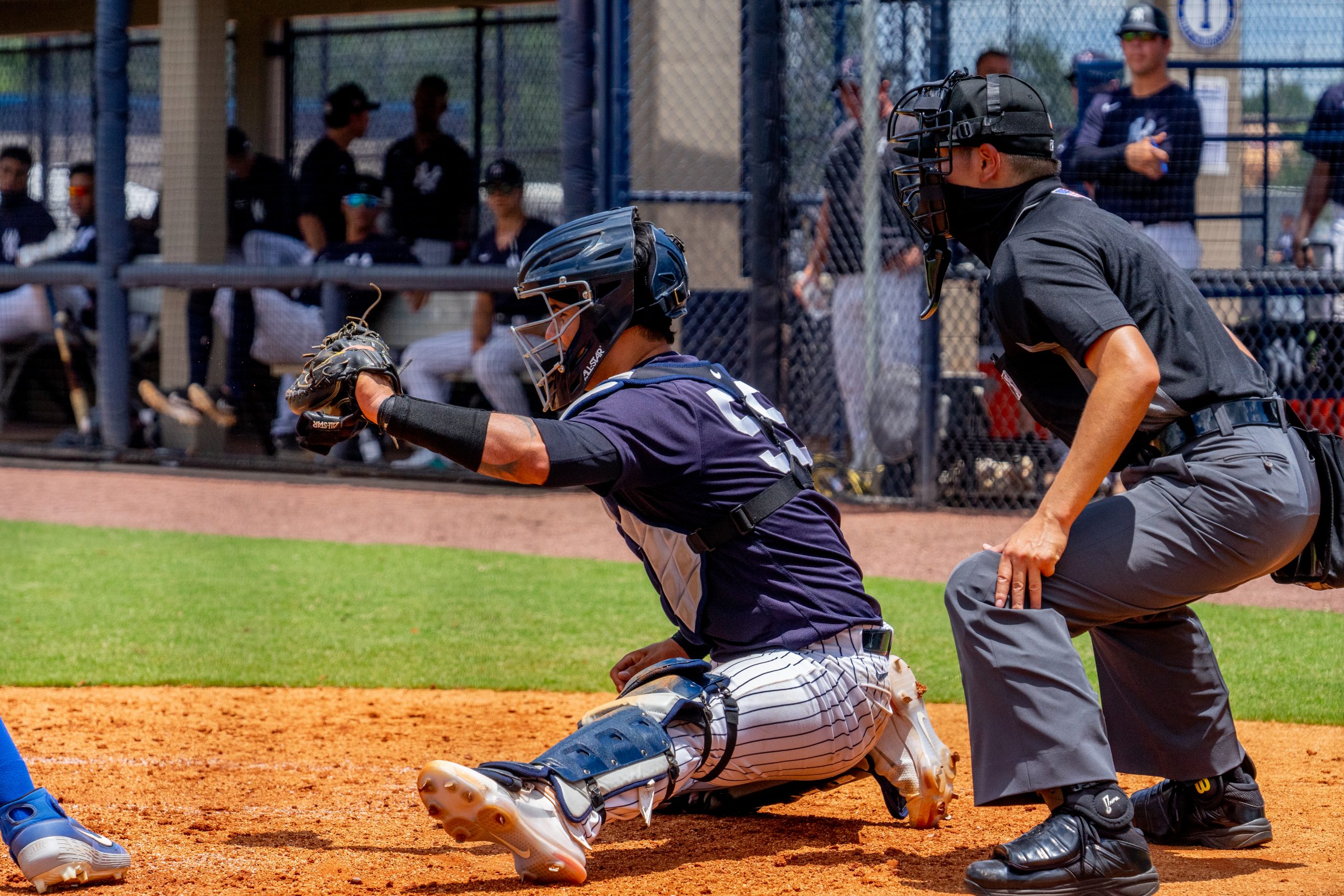 Several Yankees prospects flew up rankings and broke out during the 2021 season including Anthony Volpe, Everson Pereira, Randy Vasquez, and Oswaldo Cabrera, among others. With the 2022 Minor League Baseball season set to begin April 8th, here are five under the radar prospects who may be poised for a breakout year. 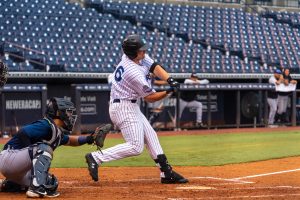 Green was the Yankees third round pick in 2018, and signed above slot value to forgo a scholarship to Vanderbilt. After a brief pro debut in the GCL in 2018, he played 61 games for the rookie level Pulaski Yankees in 2019, hitting .262 with eight home runs.

He split 2021 between the FCL Yankees and Tampa Tarpons, and finished the season with a .235 average, six home runs and 13 stolen bases in 50 games.

The right-handed hitting Green is one of the most powerful hitters in the Yankees system. In July he hit one ball 452 feet over the batter’s eye at George M. Steinbrenner Field in Tampa. During the 2021 season, he reached exit velocities of 113 MPH.

He also plays an above average defense, with a 60+ grade arm in the outfield. In fact, as a pitcher in high school Green threw in the mid-90’s.

Green’s biggest drawback is a strikeout rate of 34.5% in his minor league career. His power is natural, so home runs will come, but focus on putting the ball in play should be a priority. He’s still only 21 years old and the tools are most definitely there. He’s played only 137 career minor league games, and is yet to spend a full season with an affiliate. I’m excited to see what Green can do in 2022, and how he develops as he continues to climb through the minors. 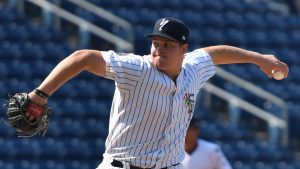 The Yankees drafted Sikkema with the 38th pick in the 2019 draft out of Missouri, where he posted a 1.32 ERA and struck out 101 batters in 88.2 innings in the spring. He was assigned to short-season Staten Island, where he put up a 0.84 ERA in four starts, with only one walk allowed in 10.2 innings.

The left-handed starter has a low-90’s fastball with late life and throws from a three quarters arm slot, which adds deception. He has a sweeping slider and changeup and exhibited plus control throughout his professional and collegiate careers. 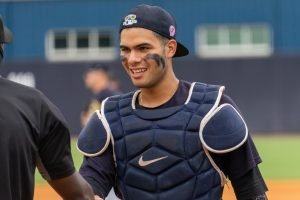 He was signed as an international free agent from Venezuela in 2018, and made his professional debut in 2019, where he hit .288 between the GCL and DSL in 15 games.

He has one of the best arms in all of professional baseball, with an average pop time of  1.88 to second base in 2021, which would rank best in the MLB. In his minor league career, he’s thrown out 44% of attempted base stealers.

He’ll be tested offensively in full season ball in 2022, but if he is even average and consistent with the bat, his skills behind the plate will propel him through the system. 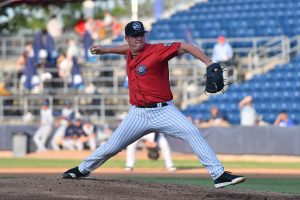 A right-handed reliever, Ernst was the Yankees 15th round selection in the 2018 draft out of Miami University (Ohio).

Last season, Ernst held opponents to a .178 average and struck out 96 in 57 innings, although he put up a 4.58 ERA between Hudson Valley and Somerset. That’s good for a 15.16 K/9, which ranked second in the Yankees organization in 2021 among qualified pitchers.

His repertoire features a fastball, curveball and changeup, with his fastball being his go-to pitch due to its late life. His ability to miss bats does not go unnoticed, and if he can improve on his secondary pitches and command, he has the potential to be a big league bullpen piece as soon as 2022. 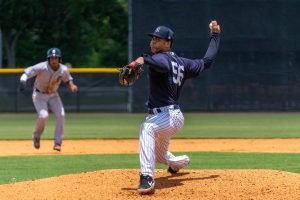 Vega, a 2017 international signing, had an under the radar breakout season in 2021 with the rookie level FCL Yankees. He posted a 1.64 ERA with a team leading 40 strikeouts in 33 innings of work, holding opponents to a .153 average. Vega started six games and came in relief in five in the FCL. Vega was promoted to Tampa for a spot start in August.

His repertoire features a fastball, sinker, curveball and slider, with his fastball sitting in the low-90’s.

Vega has a 3.35 ERA in his three minor league seasons, so he will need to prove out of the gate in 2022 that last season was no fluke and his skills can translate to full season ball.