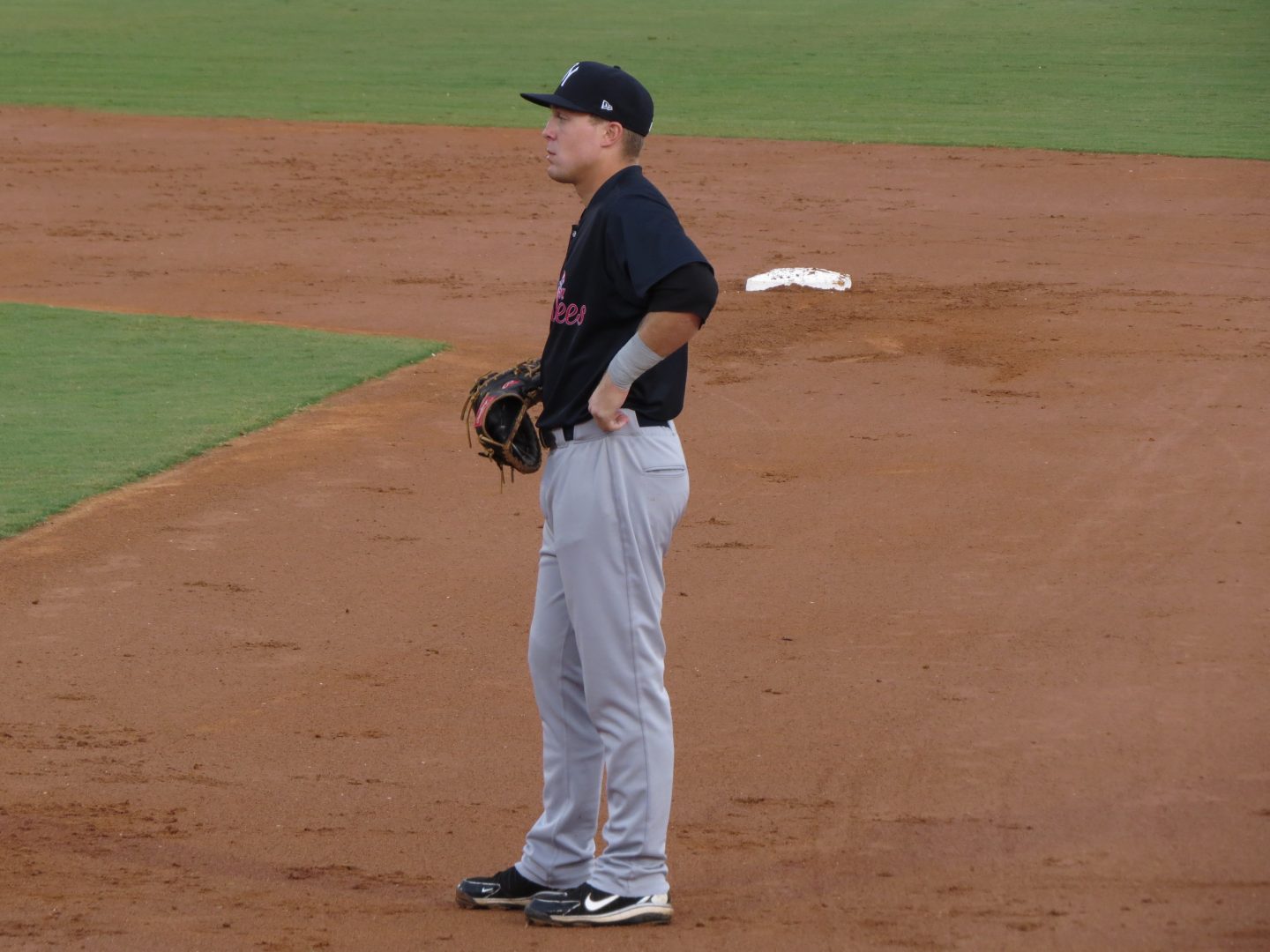 The Yankees and Billy Fleming are both anxiously looking ahead to 2016.

What both the player and the club what to find out is just where he fits in the Yankees’ puzzle of prospects. What the 23-year-old, who grew up within 20 minutes of Trenton’s Arm&Hammer Park, has shown so far has been tantalizing.

“Hey, I wasn’t drafted,” said Fleming. “I signed as a free-agent. They (the Yankees) haven’t invested in me as much as a lot of others. I know I cam play. I did have to keep showing them that.”

The 6-foot-1, 200-pound native of Churchville, Pa., who graduated from Council Rock High and played three seasons at West Virginia University, earning All-Big 12 Honors. With the Mountaineers, he was known as a grinder who earned high praise from many quarters.

West Virginia coach Randy Mazey called Fleming, “one of the best baseball players I’ve ever coached, and also one of the best kids,” in a release after he signed with the Yankees in the summer of 2014, passing up his senior year.

“He was a great a Mountaineer and we’re really going to miss him in our program, but I wish him all the luck in the world. I really think his desire is going to carry him a long way in professional baseball.”

“I felt real comfortable at the plate no matter what level I was at,” said Fleming, who will likely start 2016 at Double-A Trenton. Given he plays first base, second base and third base, the Aroldis Chapman trade last week that included infielders Eric Jagielo and Tony Renda ought to bring some additional opportunities for him in Trenton.

“When I play with Trenton, I’m playing at home,” sad Fleming. “I can stay at home, get a home-cooked meal. The Thunder were the team I went to see as a kid. The atmosphere is great. The stadium is great.”

Fleming also had a booster in former Thunder manager Tony Franklin, who is now handling similar duties with Pulaski. He had Fleming for 15 games in 2015, a time in which he hammered Appalachian League pitching by hitting .444 (24-for-54) with the P-Yanks.

“Billy was really hitting everything when he was in Pulaski,” said Franklin. “He earned a quick promotion because he overpowered pitching in this league. He’s determined.”

Scouts feel Fleming’s best position is first base. He is more a contact hitter than a power hitter. He was more than able to hold his own at Double-A. With both Jagielo and Renda now both in the Cincinnati system, he likely will see some action at both first and second, and maybe third.

“I’m always looking to improve my game,” Fleming said. “As I get to the higher levels, I know I have to add to it.”

One never knows with a free-agent signee, but the Yankees could have something special in Fleming.