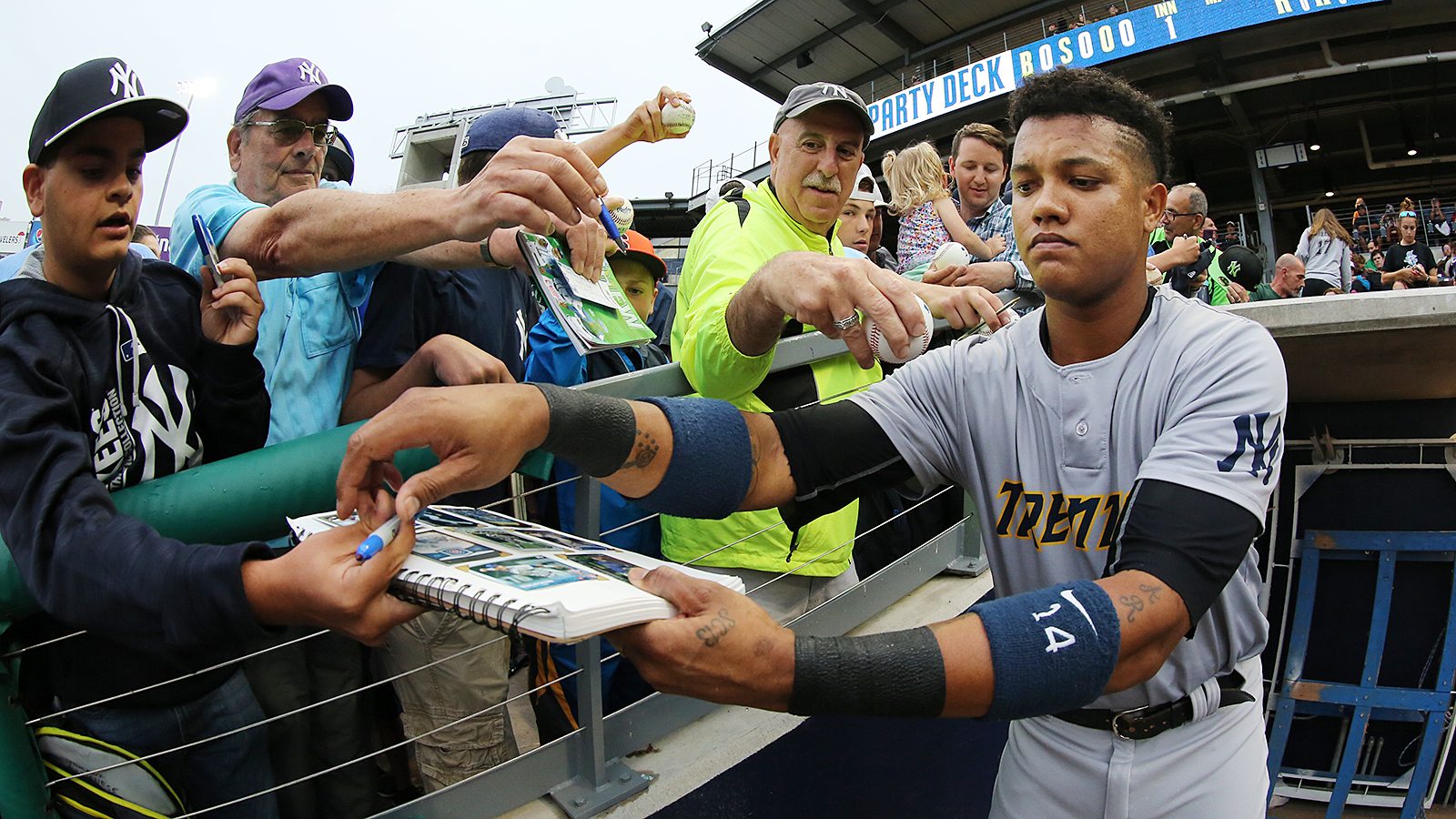 In their first game of action after that all-star break, the Thunder used six unanswered runs to fuel a 7-5 comeback victory over the Yard Goats at Dunkin Donuts Park on Thursday night in Hartford. The win extended Trenton’s winning streak to 12 and improved their minor league-best record to 61-28 on the season. 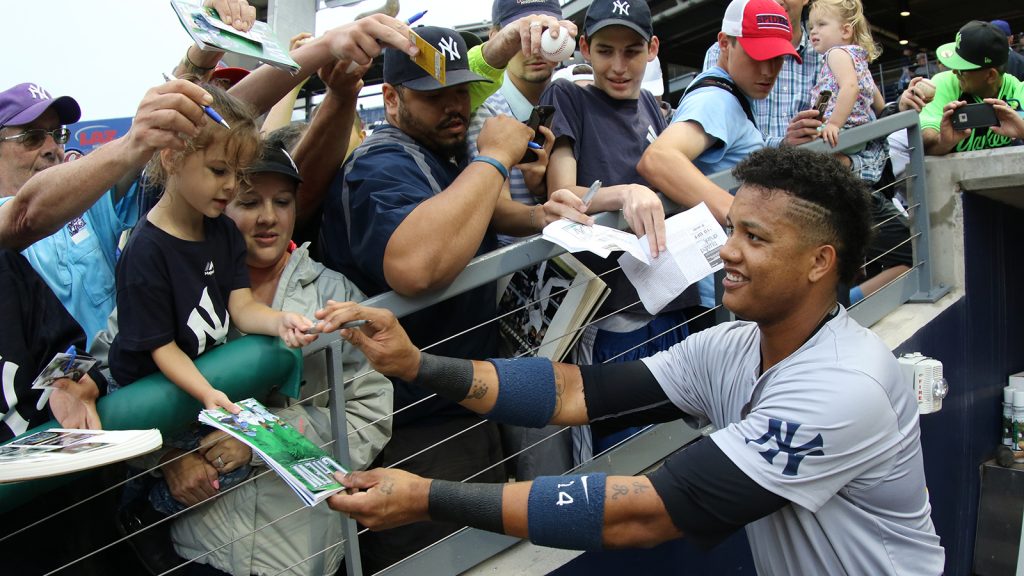 Yankees second baseman Starlin Castro joined the Thunder in Hartford on rehab assignment and went 1-for-3 with a single while playing six innings in the field at second base. Castro is expected to play with Trenton again on Friday before the Yankees consider bringing him back up to the big leagues to join them in Boston over the weekend.

After a Billy Fleming sac-fly put the Thunder ahead 1-0 in the first, the Yard Goats quickly responded with four runs of their own off starter Dan Camarena to put Hartford ahead 4-1.

Heading to the fifth inning and trailing 5-1, Trenton used a pair of two-run homers from catcher Jorge Saez and centerfielder Jorge Mateo to knot the score at five runs a piece. 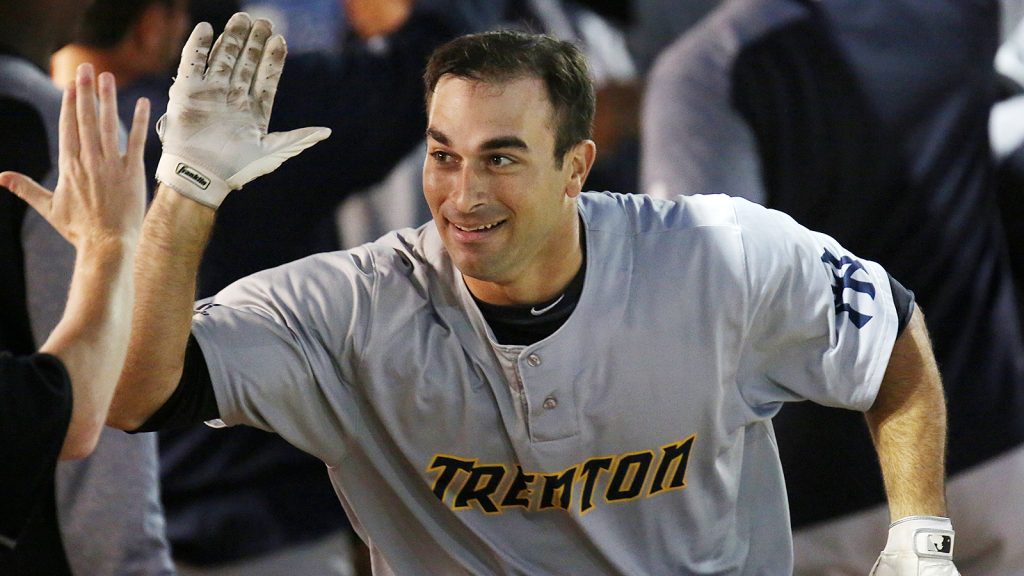 Trenton Thunder’s Jorge Saez is welcomed into the dugout after hitting a home run against the Hartford Yard Goats in Hartford on Thursday, July 13, 2017. (Martin Griff)

Camarena settled in after a shaky start and gave the Thunder six solid innings. In all he surrendered five runs, but just two of them were earned over his 79-pitch outing.

With the game still tied heading into the ninth inning, second baseman Vince Conde drew a one out walk and immediately swiped second base before a Thairo Estrada single advanced him to third; Estrada was able to advance to second on a throwing error. With two runners now in scoring position, Fleming came to the plate and stroked a go-ahead two-run double to put Trenton ahead 7-5. 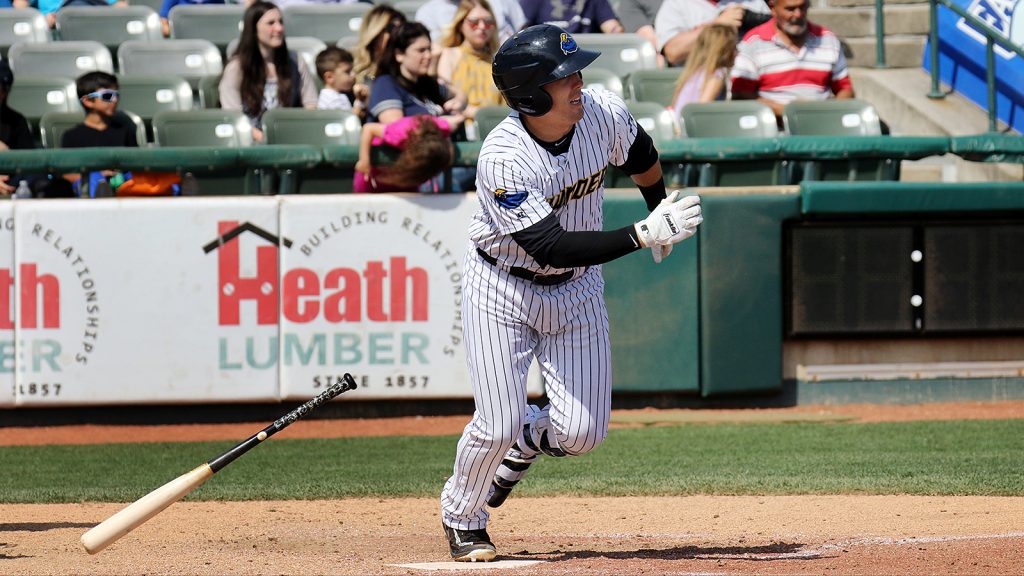 Trenton Thunder’s Billy Fleming during a game against the Portland Sea Dogs at ARM & HAMMER Park in Trenton on Sunday, May 21, 2017. (Martin Griff)

Reliever Branden Pinder pitched the bottom of the ninth for Trenton and notched his first save for the Thunder despite allowing the tying runs to reach base.