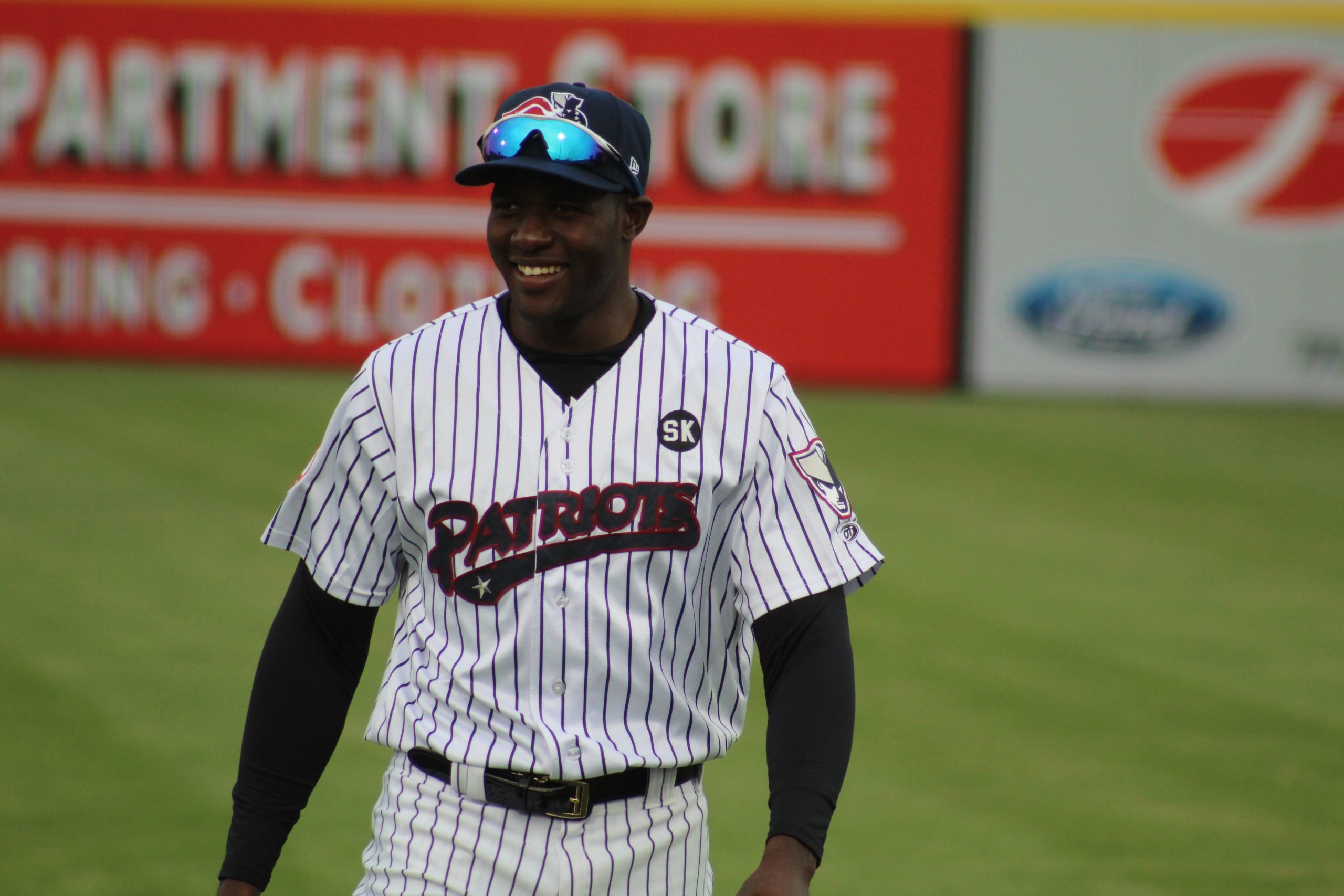 Outfielder Estevan Florial electrified the Somerset crowd during the teams first homestead of the season last week. His at-bats became a must-see event within the games and he dazzled by showing off some of what he has in his tool box with a very special display of both power and speed. After spending much of his very short time in Bridgewater blasting homers onto the railroad tracks beyond the right field wall, the 23-year old Florial will now suit up for the RailRiders at Triple-A.

Just three games into the Patriots first road trek of the season, a trip that has seen Florial go just 1-for-13, the Yankees 10th rated prospect as ranked by Baseball America, was promoted to Triple-A Scranton on Friday afternoon.

In nine games with Somerset, the ultra-talented Florial slashed .229/.308/.629 with a team-high four homers to go along with six RBI. Despite being a part of the organizations 40-man roster and getting a short taste of big league action last summer, the nine games that Florial had suited up for the Patriots were the only ones that he has ever played above High-A in his entire five year professional career. Despite the impressive power production, Florial had still struck out in nine of 35 at-bats this season, nearly 26 %.

Having posted a career strikeout rate of nearly 32 %, the Yankees are hoping to see Florial cut down on that number and increase his walks and overall opportunities on base. Florial appeared to have an improved approach in the small sample that I was able to see him in Somerset.

“As a hitter, it’s something where nobody has to tell you that [to take a walk],” Florial said. “You have to go out there and hit the strike. Just go out there and wait for your pitch and do damage when you get that pitch and layoff the bad pitches. If it doesn’t get there, then get your walk.”

Florial had been batting exclusively in the leadoff spot for Somerset, a role that manager Julio Mosquera said last week the organization thinks he could ultimately thrive in at some point.

“We’re trying to develop him and he has the potential to become a leadoff hitter in the big leagues because of all of the qualities that he brings to the table,” said Mosquera.” That’s something that we want to give him that opportunity and that chance.”

In lieu of his promotion to Scranton, infielder Oswaldo Cabrera was set to move into the leadoff spot for the Patriots in their Friday night matchup against New Hampshire. Florial was not in the lineup for SWB.