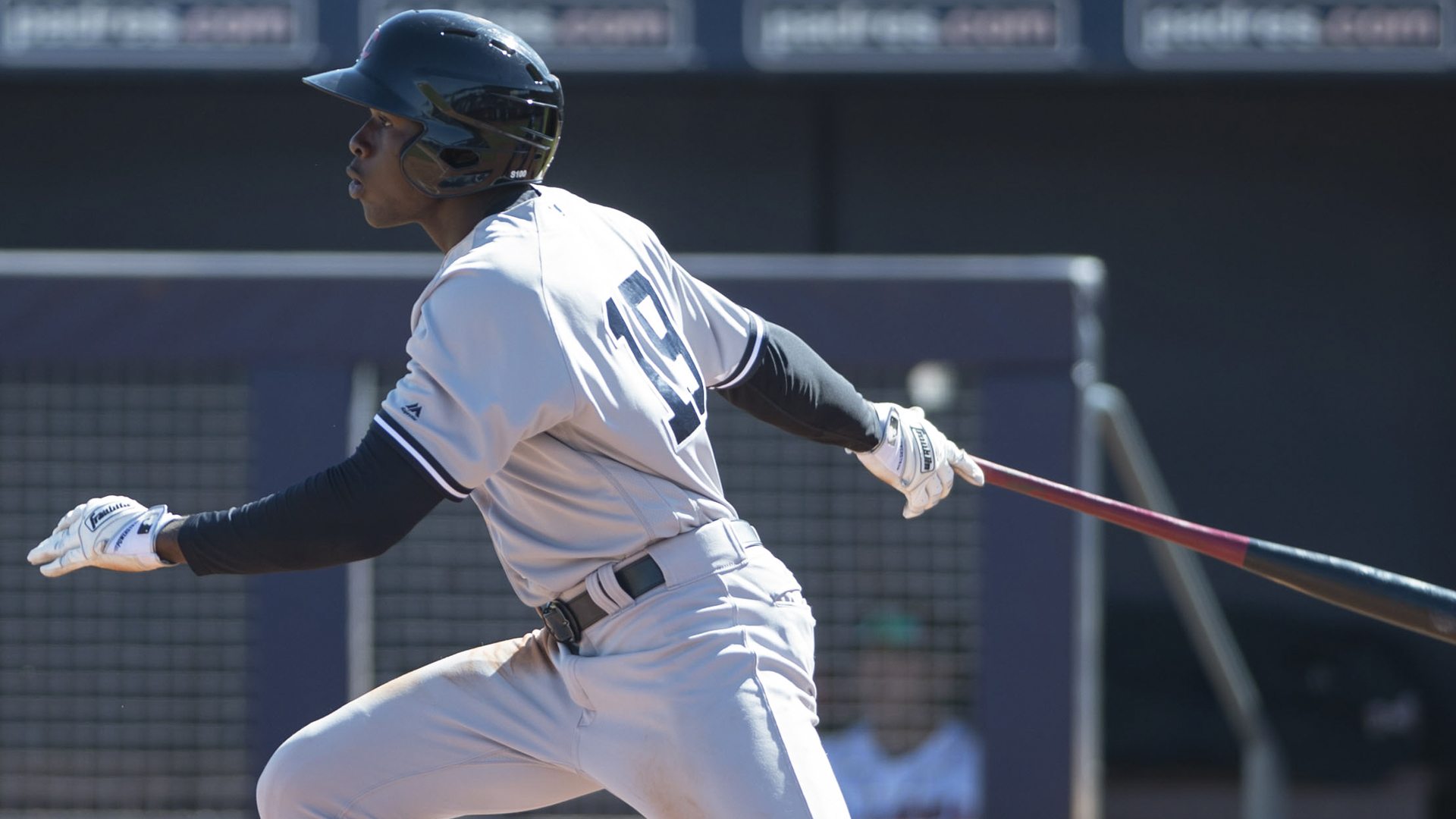 Scottsdale Scorpions right fielder Estevan Florial (19), of the New York Yankees organization, follows through on his swing during a game against the Peoria Javelinas on October 19, 2017 at Peoria Stadium in Peoria, Arizona. The Scorpions defeated the Javelinas 13-7. (Zachary Lucy/Four Seam Images via AP)

The Yankees will have at least one representative this Saturday in the Fall Stars Game in the person of outfielder Estevan Florial.  The Fall Stars Game is the fall league’s equivalent to a future star’s games with some of the top prospects in the league facing off against each other.

Florial has struggled in his first few games in the fall league but has started to come around, hitting safely in his last three games, including two multi-hit games.  Overall, he is hitting .178/.288/.311 in 13 games for the Glendale Desert Dogs with two doubles, two triples, and seven RBIs.

It is possible that Florial would not be the only Yankee involved in the showcase this Saturday as MLB.com is holding a vote for the final two roster spots and infielder Thairo Estrada is one of the nominees.

Fans can vote up to five times until October 31 eastern time at this link for Estrada to join Florial.

Estrada missed most of the season due to complications from a gunshot wound he suffered during the 2017-2018 offseason.  For far in the Arizona Fall League, he has appeared in 10 games and is hitting .262/.326/.386 with a double and four RBIs.  He has hit safely in nine out of the 10 games he has played.