Flurry of Roster Moves Occur in Shadow of Trade Deadline 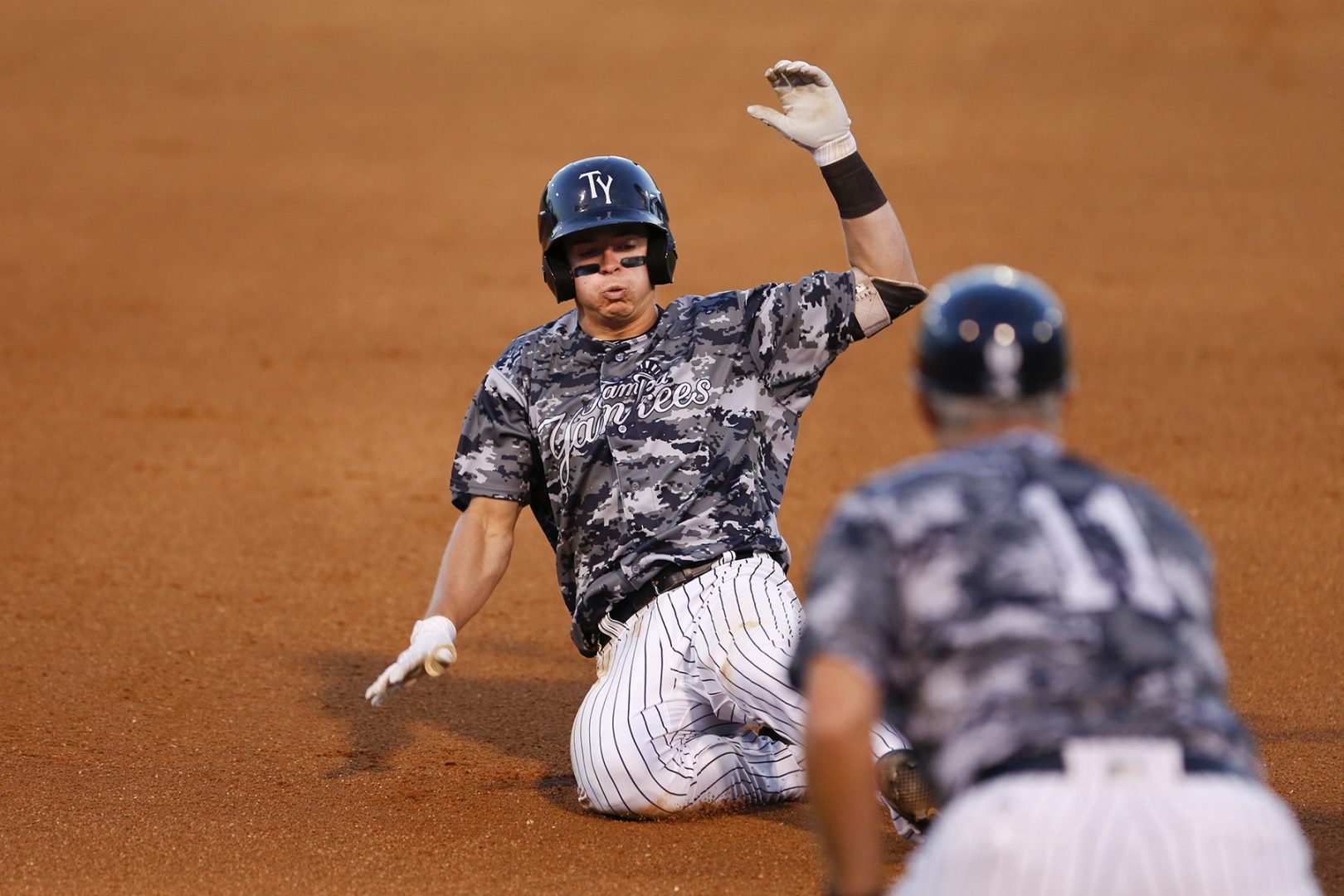 Nick Solak and Jeff Hendrix have been promoted to Double-A Trenton. #Yankees

To cover the spots in Tampa, Estevan Florial and Hoy Park are moving to Tampa, and Dermis Garcia/Steven Sensley are going to CSC. #Yankees.

Double-A Trenton will be getting Nick Solak and Jeff Hendrix. Solak has maintained an average above .300 all season and has stayed healthy most importantly. The 2016 second-rounder has given the Tampa Yankees an all-around offensive attack, whether it be contact or the long ball.

Solak has 10 home-runs in the FSL so far this season, a league in which itis difficult for most to hit double-digit bombs despite size or power. He has also flashed the leather, making most of Tampa’s ‘web-gem’ plays so far this season. His arm strength is still developing.

As for Jeff Hendrix, the 24-year-old centerfielder has recently hit a hot-streak, hitting .310 in his last ten games and is riding a six-game hitting streak, totaling 11 hits in that six-game span. Hendrix is another talented defender and will provide a strong bench presence for the Thunder, also having a solid eye. He currently has a .408 OBP in 67 games for the Yankees. Hendrix will join an outfield of Zack Zehner, Jhalan Jackson, and Rashad Crawford, all of which had extremely successful seasons. 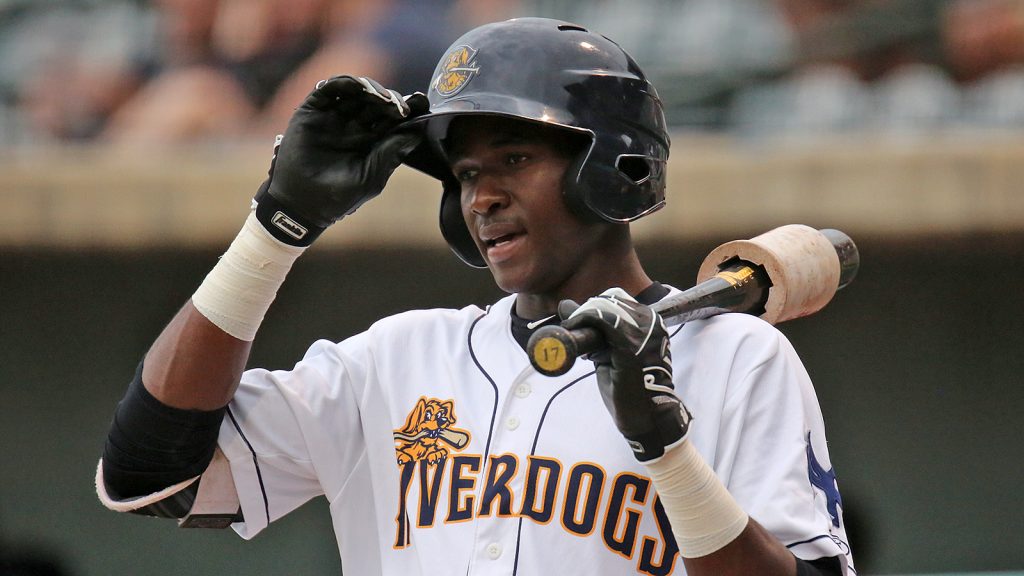 As for High-A Tampa who will be losing two of their stronger bats in the lineup, they get highly coveted Estevan Florial and Hoy Park. Florida, just 19 years-old, was preferred over 2016 first-rounder Blake Rutherford, as the Yankees didn’t want to part with him this trade deadline.

The center-fielder will join Trey Amburgey, Alexander Palma, and now Devyn Bolasky who the Tampa Yankees announced would be coming back to Tampa following Hendrix’ promotion.

Along with Florial, Hoy Park will join Tampa’s infield and will be another multi-position player, splitting time at shortstop and second base. Park is another young player but has been in Charleston for almost two seasons now.

He’ll supply the Yankees with another contact bat, and some power here and there. After a recent slump, his average is down to .262, with an OBP of .358. He won’t strike out a lot and has solid plate discipline; he’ll make for another top-of-the-order bat to get on base for the three to five hitters.

Losing Solak will be a significant loss, but Florial’s hitting and power should match it, and Park will be able to get on base with the same small-ball attack as Hendrix, with a little bit more speed.

Tampa also announced they released outfielder Austin Aune previous to adding Devyn Bolasky back to their roster. Aune was hitting .154 for Tampa and sharing time in the outfield. 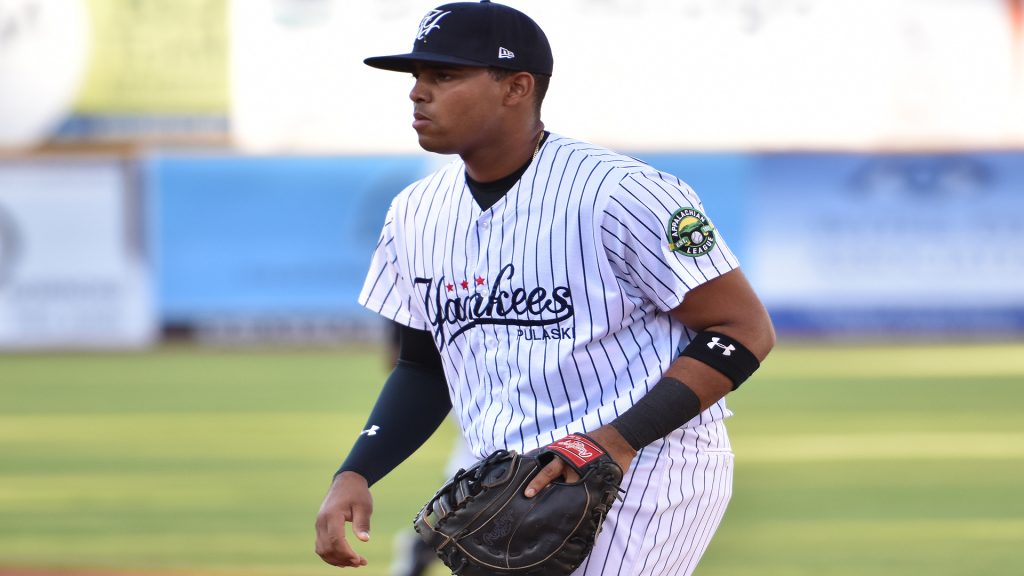 For the Charleston RiverDogs, Dermis Garcia and Steven Sensley will both be making debuts in A-ball. Dermis another highly coveted prospect was hitting .270 with nine home-runs in 115 at-bats for Pulaski so far this season. Garcia comes in as the Yankees’ third base prospect with the highest ceiling, all the way down from Miguel Andujar.

Garcia will give Charleston’s offense a little bit of both contact and power, along with a solid arm. His defense needs some adjustments, but it’s viewed that his ceiling can be well over Andujar’s in a couple of years.

Steven Sensley, the 2017 12th round-pick has nine home-runs in 98 at-bats for Pulaski this season, and has four bombs in his last ten games. The outfielder is another promising power-bat to add even more offense to Charleston’s lineup with Dermis. Sensley is hitting .317 and is slugging .673 this season between Pulaski and GCL.