For Banuelos, Yankees Acquire Another Hard-Thrower 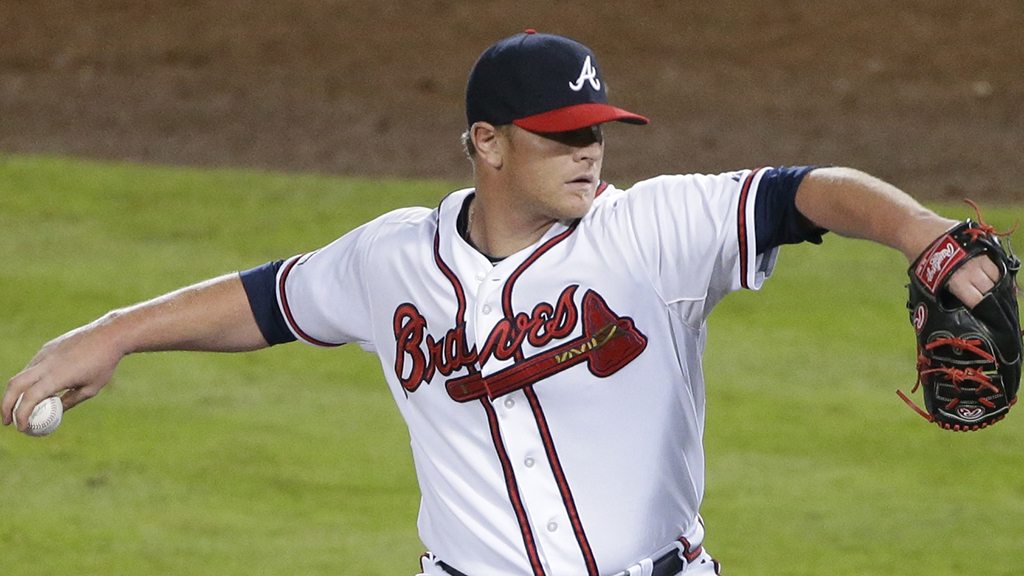 Atlanta will naturally hope the 23-year-old Banuelos, whose career stalled a bit the last few years due to control issues and Tommy John Surgery, returns to the form he showed he showed in the Yankees camp in 2011.

The Mexican southpaw, signed by scout Lee Sigman, first entered the Yankees system in 2008. Last season, starting at Tampa, he seemed to get stronger as the season went on, pitching most of the year at Double-A Trenton before finishing at Triple-A Scranton.

His strikeout-to-walk ratio in three stops was 71-31. His velocity was up to 94, his changeup improved as the year went join, with his curve coming around as the season went in. Batters at three levels hit .223 against him.

This season, it was figured he would go to camp with no limits.

“I feel good, and I think I will be back to where I was before the TJ in 2015,” said Banuelos in August after his last Trenton start. The Yankees obviously felt he had more value as a trade chip.

Carpenter, who will turn 30 July 15, is a native of Morgantown, W.Va., who was drafted by the St. Louis Cardinals in the 12th round in 2006. He has been involved in several major trades, including the one that brought manager John Farrell from Toronto to Boston in 2012.

He made 64 appearances for the Houston Astros in 2011-12, recording a 1-5 mark and pitched briefly for Toronto in 2012 before being traded to Houston and waived.

Interestingly, Carpenter, who has an excellent changeup, saw a jump in fastball velocity from 94 to 96 after he got to Atlanta.

Carpenter began 2014 with the Braves as their setup man. On June 17, he was fined an undisclosed amount for throwing at Colorado’s Corey Dickerson June 12. This was after he hit catcher Gerald Laird twice.

Carpenter’s overall major-league mark with Houston, Toronto and Atlanta is 11-10, 3.62. His strikeout-walk ratio is 201-65. He has no issue pitching inside.