For Fleming, Promotion is a Homecoming 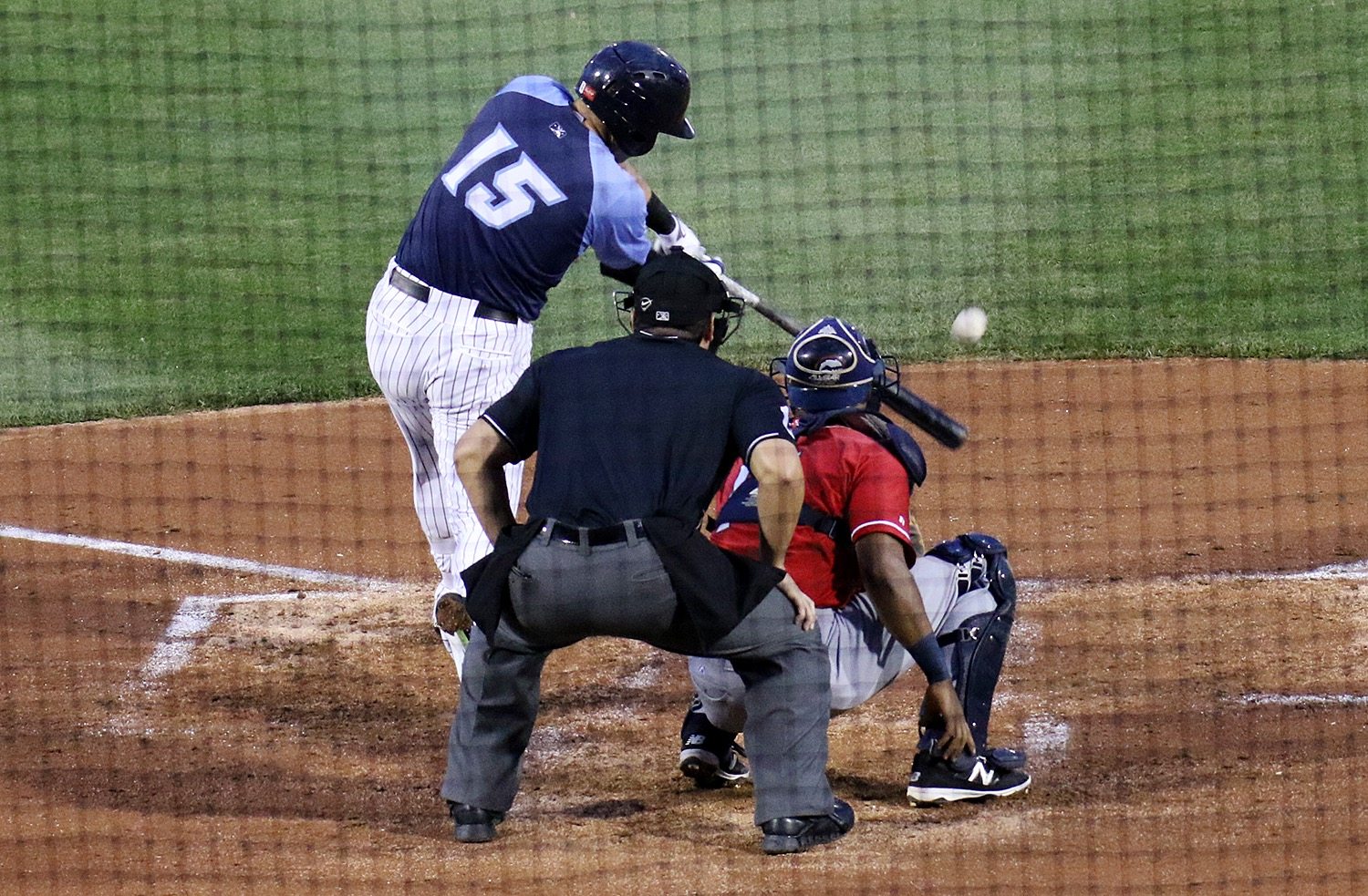 TRENTON, NJ – Sitting at his locker in the Trenton Thunder clubhouse prior to Monday night’s game, infielder Billy Fleming had a grin a mile wide.

“I’m happy to be here,” said the 23-year-old Fleming, a graduate of Council Rock High in nearby Bucks County and Churchville, Pa., a stone’s throw from ARM&HAMMER Park. “I get to sleep in my own bed tonight and be around family and friends.

“I used to come to this ballpark on field trips.”

Signed by the Yankees as a free-agent out of West Virginia University in 2014, Fleming, who played in 14 games with the Thunder in 2015, – hitting ,250 (9-for-36) – hoped to start back in Trenton in 2016. His assignment at the end of Spring Training ended up being Class-A Advanced Tampa, so he went with the flow.

“I just took it as it came,” he said “I kept at it. I just tried to refine my approach. Pat (Osborne) is a great manager. It was fun playing there. (Hitting coach) Tom Slater really helped me.”

Fleming was scheduled by Tampa’s second baseman to start the season, but, after Mike Ford was injured, he ended up at first and went on to hit a sizzling .329 (48-for-146) in 38 games with 27 RBIs. The injury to Jose Rosario last week opened a spot in Trenton for him.

Trenton manager Bobby Mitchell is glad to have Fleming on board.  He was 1-for-3 with the game-winning RBI and a run scored in his 2016 Thunder debut, a 7-6 win over New Hampshire.

“He’s a good player,” said Mitchell. “He will primarily be playing second base, although he certainly can be versatile. He played well in Spring Training and has really worked hard on his defense.”

Thunder shortstop Tyler Wade is also glad to have him to his left in the infield.

“I played with Billy some last year both in Tampa and here,” said Wade. “He’s a great teammate and a great addition for us.”

Fleming is most comfortable at second base, the position he played at WVU, but he enjoys being stationed at whatever spot is needed.

“First base and third base are really new to me as compared to second,” he said, “After Mike went down, I ended up at first in Tampa. My main goal for this season, in addition to keep working with my hitting, is to get down as many positions defensively as I can. I’ve been working at it.

“It’s good to be playing with these guys. I have relationships with a lot of them. I think we’re going to have a good year here. I just want to hit, play defense and win some games.”

Fleming has overcome one major hurdle in establishing himself. A free-agent always travels a tougher road than a player who was drafted. But he has certainly proven he is a factor in the Yankees system.

It’s also a time for celebration for Bill and Sue, Billy’s parents. Brother, Ryan, was 5-0, 3.56, as one of Rutgers’ top bullpen artists as a Scarlet Knights junior, while Kyle, his youngest sibling, is establishing himself as a top player at Council Rock South.

“We’re all back together,” said Fleming. “It’s really cool. I have a lot of people cheering for me here in Trenton.”