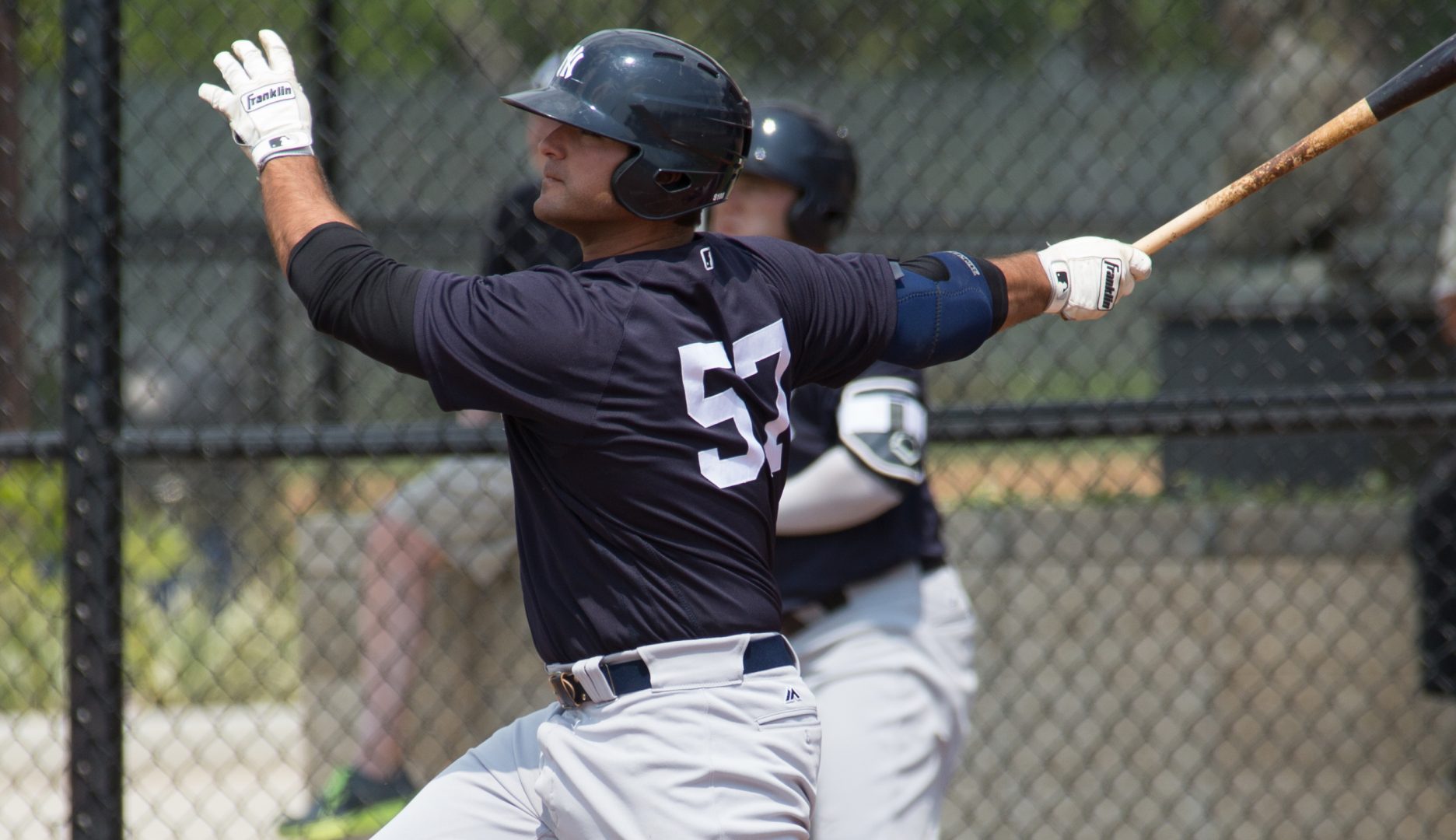 Mike Ford hit early and often for the RailRiders on Tuesday night during their 7-2 victory over the Pawtucket Red Sox. Ford finished 2-3 on the evening with a two-run double, and his first Triple-A home run, which was a two-run shot into the right field lawn.

Ford waited for his pitch during his at-bats against Henry Owens and did not miss them. Owens, who walked a season-high seven batters, struggled mightily allowing five earned runs in 4.2 innings. Ford was called up on Sunday because of an injury to Ji-Man Choi. Ford batted .303 with hit two home runs in Double-A Trenton and is so far off to a great start during his short stint at Triple-A.

“It’s definitely an adjustment.”, said Ford about his promotion. “It helps your confidence when you are going well. I’m trying to stay with my plan and stay with my approach.”

Bryan Mitchell started for the RailRiders and went 3.2 innings, allowing five hits, striking out three, and walking one. He had no trouble getting ahead but struggled to put hitters away, especially in the fourth inning.

“He had good life on his fastball. I think he had better command of his changeup and breaking ball.”, manager Al Pedrique said. “He was aggressive working ahead in the count. He threw much better this time out.”

Bryce Brentz scored the first Pawtucket run in the top of the fourth on a Mike Miller single to center which chased starter Bryan Mitchell out of the game.

Relieving Mitchell was Tyler Webb, and he had everything working. The southpaw who is not overpowering showcased great control and downward action on his changeup. Webb pitched 3.1 innings and struck out six.

“I was throwing the fastball where I wanted. I was trying to stay in that groove.”, said Webb. “It’s definitely the best I have felt in a while. I have been tweaking a couple of things, and hopefully, it keeps going in the right direction.”

Pedridque was encouraged by what he saw out of his pitching staff on Tuesday night with Webb being the beneficiary of the most praise.

“He was using the changeup. For me, a lefthander who can throw strikes, locate the fastball, and throw the changeup in fastball counts can be successful.”, said Pedrique.

Mark Payton tacked on two runs for the RailRiders with a two-run home run in the seventh inning.

Sam Travis also hit a home run for the Red Sox in the eighth inning, but the game was well out of reach at that time.

Jason Gurka finished the game off for the RailRiders by pitching two solid innings. He allowed one hit and struck out four.