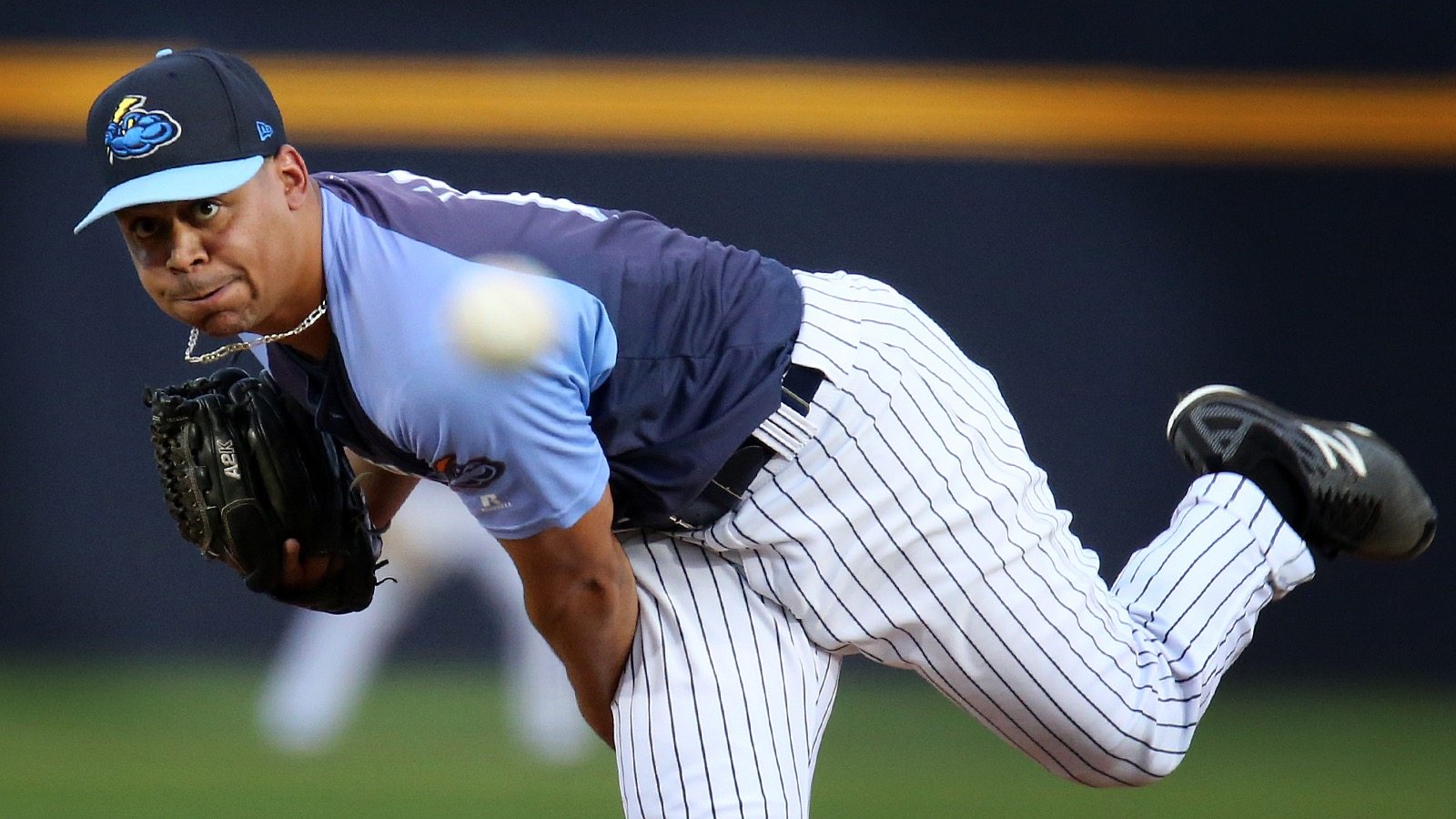 TRENTON, NJ – After the Thunder offense was dormant for first seven innings, Dustin Fowler and Mike Ford played the role of hero with Ford sending a walk-off solo home run over the wall in right for a 2-1 Thunder victory over the Reading Fightin Phils in front of 6,125 fans at ARM & HAMMER Park Friday night.

With the win for the Thunder, they trail Reading by 1.5 games in the East Division with three games remaining in the regular season.

Reading pitching, led by Mark Leiter Jr.’s season-high nine strikeouts kept the Thunder off the board until Dustin Fowler clubbed a solo home run off of Victor Arano in the bottom of the eighth inning to tie the game at one.

After a scoreless top of the ninth from Tyler Jones, Mike Ford stepped to the plate to leadoff the bottom of the frame and smacked a 2-0 offering over the wall to complete the 2-1 comeback victory.

Justus Sheffield made his double-A debut on the mound for the Thunder and struck out nine batters in four innings. He allowed just one unearned run which came across in the second inning when Rhys Hoskins reached on an error by 3B Miguel Andujar. Jake Fox doubled in Hoskins for a 1-0 lead which held until Fowler’s solo home run in the eighth inning.

The home run by Ford marked the fifth walk-off win for the Thunder this season. Fowler extended his career-high in home runs to 12.

The Thunder continue their series on Saturday night at 7pm against Reading. LHP Daniel Camarena will start for the Thunder, RHP Ricardo Pinto will go for Reading. Saturday has post-game fireworks presented by the Bucks County Convention and Visitors Association. Tickets are available by phone at 609-394-3300 or online at TrentonThunder.com.