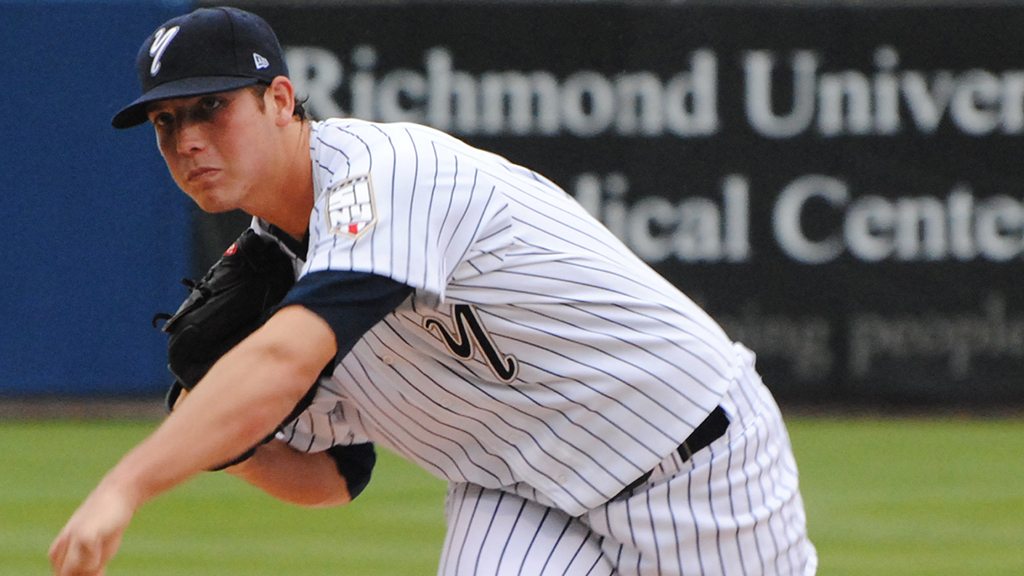 Turley was on the Yankees 40-man roster until last season when he was released in May and then re-signed to a minor league contract for the 2014 season. He missed the beginning of this past season with an arm injury before heading to Triple-A where he posted a 4.62 ERA in 14 games.

When healthy Turley throws a fastball in the high 80s-low 90s with curveball and change up to back it up. For the majority of his minor league career he has been a starter, starting 103 out of 113 games he pitched. He owns a career 38-32 record with a 3.41 ERA in the minors.

After the 2011 season Baseball America ranked Turley as having the best control in the farm system and then ranked him the 14th best prospect in the Yankees system after the 2012 season.

Turley will most likely head to the Giants Triple-A team where he can start and continue his return from injury.