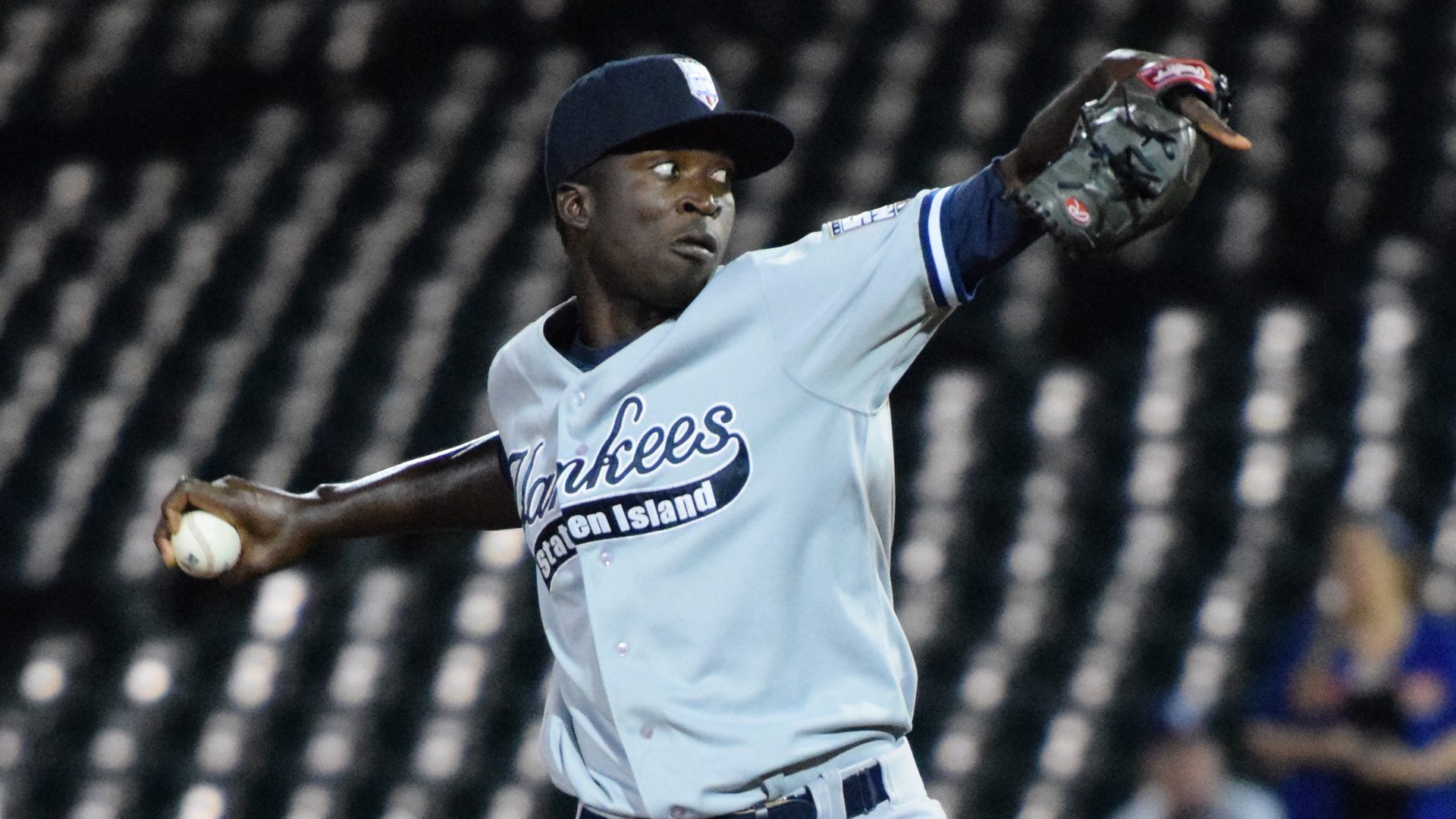 Eduardo Rivera, 25, did not wait very long to find a new organization.  The right-handed pitcher out of La Romana, Dominican Republic became a free agent on November 6 after his Uniform Player Contract expired.  Last week he signed a minor league contract with the Cincinnati Reds.

Former #Yankees #MiLB RHP Eduardo Rivera has signed a MiLB contract with the Cincinnati Reds. Rivera has a high-90s FB that has touched triple digits before.

His most successful season was in 2016 when he reached as high as Advanced-A Tampa.  With the Tampa Yankees, he had a 3.86 ERA, and 13 strikeouts in seven innings pitched.  Overall in 2016 he struck out 47 batters in 33 2/3 innings pitched over 18 games between thee different levels.

This past season he pitched out of the bullpen for the Staten Island Yankees where he struck out 33 batters in 23 2/3 innings pitched and went 3-2 with a 1.90 ERA over 19 games.  In the early part of his career, he was a start with 45 starts in his first four seasons with the organization.

As a reliever, Rivera utilizes an effective fastball/curveball combination.  His fastball is dominant, touching triple-digits at times but mostly sits in the 95-96 MPH range.

In this article:Eduardo Rivera, story