Former Yankees Playing Throughout the Caribbean 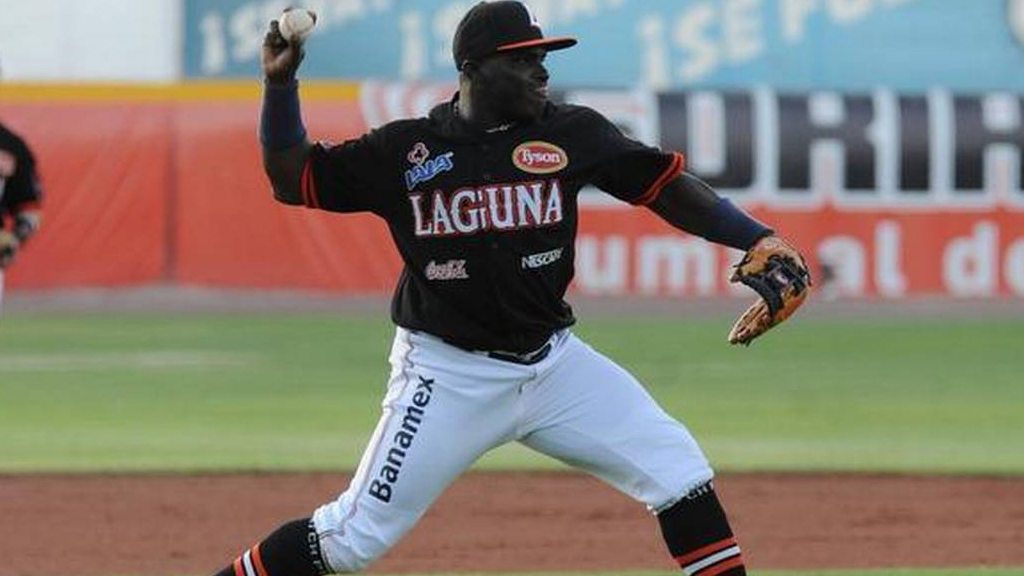 A lot of current Yankees prospects are playing throughout the Caribbean Leagues this winter, joining them are several former Yankees.  Ex-Baby Bombers Zolio Almonte, Phil Coke, Melky Mesa, Hector Noesi and more are playing on teams fighting for a spot in the annual Caribbean Series.

Outfielder Zolio Almonte is currently on the roster of Aguilas Cibaenas in the Dominican Winter League.  Almonte, now a member of the Atlanta Braves, is batting .273 with 1 homerun and 5 RBIs in 6 games.  Melky Mesa, who most recently played in the Toronto organization, is hitting .231 for Leones del Escogido in 5 games in the DWL.

Free agent left-handed pitcher Phil Coke is also down in the Dominican Republic, playing for Gigantes del Cibao.  In his first game played he threw 4 shutout innings allowing 1 hit but got touched for 4 runs on 4 hits and 2 walks in an inning pitched in his second game.  Hector Noesi, who left the Yankees in 2012 when he was traded for Michael Pineda, is pitching for Tigres del Licey in their starting rotation.  In 1-game he allowed 1 run on 5 hits and a walk in 5 2/3 innings.

Down in Mexico several former Baby Bombers are honing their craft.  Pitchers Francisco Gil, William Oliver, Alfredo Aceves and Manny Barreda are joined by shortstop Walter Ibarra.  Gil is pitching out of the bullpen for Saraperos de Saltillo where he is 1-0 with a 4.76 ERA in 6 games.  William Oliver, who last pitched in affiliated ball in 2012 with the Charleston RiverDogs, is 2-1 in 3 games for Charros de Jalisco.  In 15 1/3 innings he struck out 11 batters and has a 4.70 ERA.

The biggest name out of the former Yankees in the Mexican Pacific League is Alfredo Aceves who is in the starting rotation for Naranjeros de Hermosillo.  Aceves is 0-2 so far, with a 4.30 ERA in 3 games, throwing 14 2/3 innings and striking out 7 batters.  Manny Barreda, is pitching out of the bullpen for Tomateros de Culiacan, throwing 4 1/3 innings over 6 games.  Walter Ibarra has played in 13 games for Aguilas de Mexicali and is doing well, hitting .298 with 1 homerun and 8 RBIs while stealing 2 bags.

Other former Yankees like Exicardo Cayones, Caribes de Anzoategui, and Jackson Valera, Navegantes del Magallanes, have played in very few games.  Reegie Corona is hitting .170 over 14 games for Tiburones de La Guaira but the big bat this winter has come from Ronnier Mustelier.  In 14 games for Tiburones he is hitting .377 with 6 RBIs and 3 doubles.