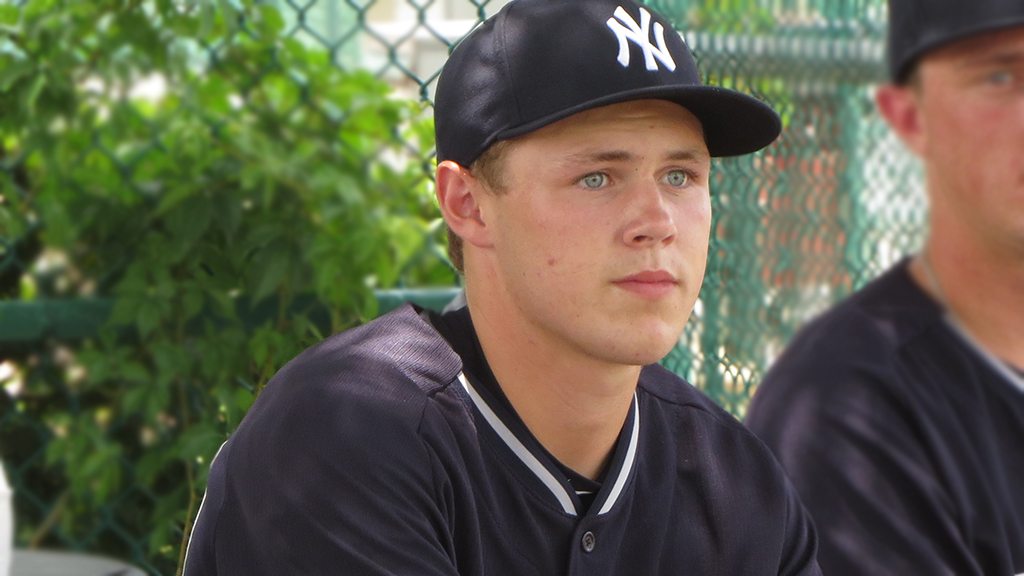 On Friday evening, Brandon Stenhouse announced on his Facebook page that he had reached an agreement to join the Los Angeles Angels of Anaheim.  “I’d just like to thank the Angels for the opportunity to keep on chasing the dream… Excited for a fresh start.  Spring training is right around the corner.”

The Australian native had signed with the New York Yankees as an international free agent as a 17-year old on January 18, 2014.  During his time with the Yankees’ organization, he accumulated 38.2 innings, all in the Gulf Coast League.  His ERA during this time was 3.49.  He struck out 44 batters for an average of 10.24 strikeouts per 9 innings.  He only allowed 20 hits but combined with an additional 20 walks for 40 total baserunners and a WHIP of 1.03.

Stenhouse was released from the Yankees last month.  The 20-year old right-handed reliever will probably be heading to the Angels’ rookie league affiliate in either the Frontier League or the Arizona League.  He needs to continue working on his control, but with the fresh start, he may have opportunities within General Manager Billy Eppler’s organization that he would probably not have been afforded with the Yankees.

Also according to the latest transactions former Yankees prospect Icezack Flemming, who was also recently released, has signed with the Winnipeg Goldeyes of the American Association.