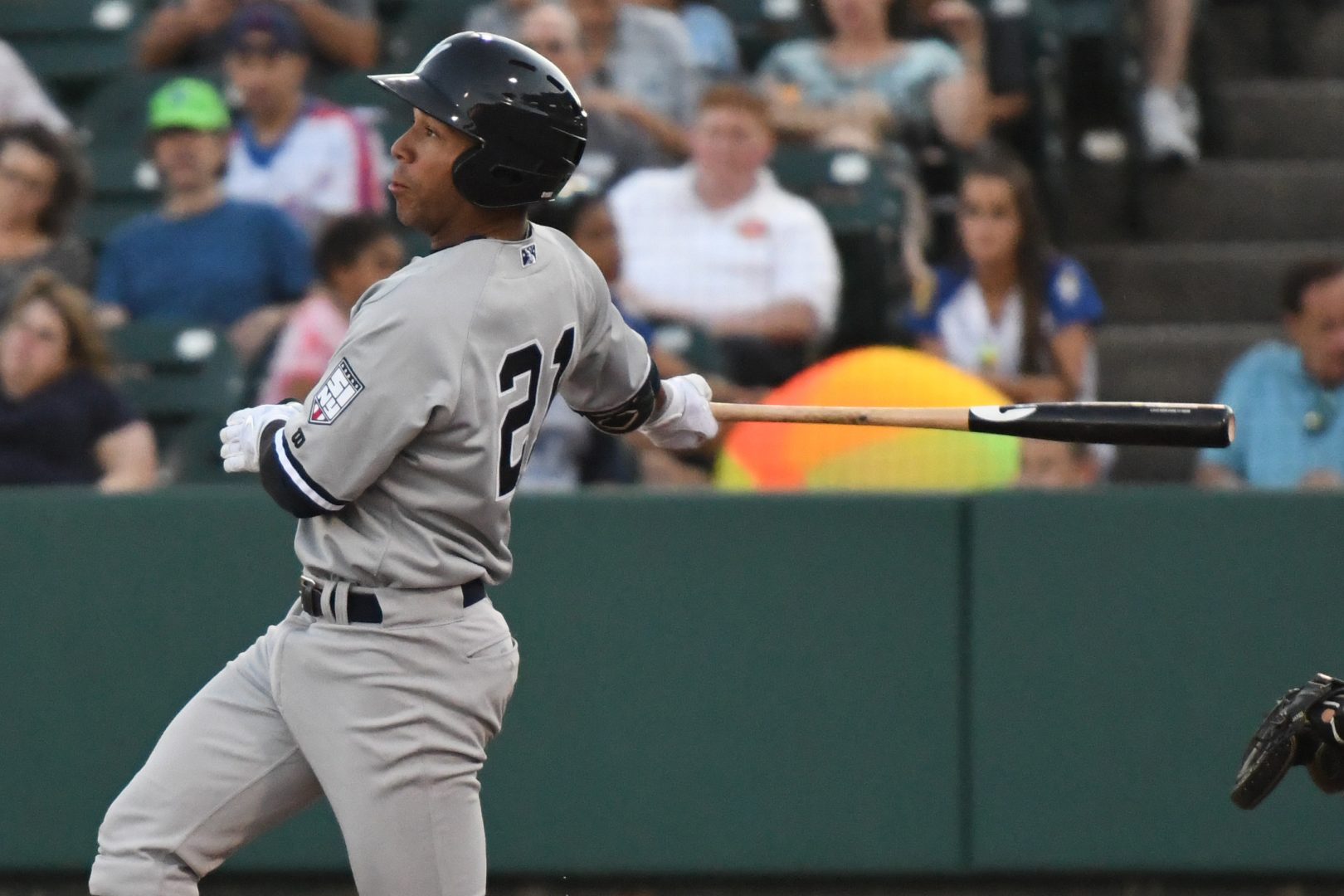 BROOKLYN, N.Y. – The mark of most successful ballclubs are their ability to take advantage when their opponent has difficulty implementing its game plan. At MCU Park on Monday, the Staten Island Yankees struck early against Brooklyn Cyclones’ pitching and never looked back, taking the series opener by a 5-3 final.

“This is what the game is all about,” Staten Island manager Julio Mosquera said. “You have to get runners on base, and if we can get them on base all the time, good things happen. It also puts less pressure on the pitchers since they starting with the lead. The guys have been working hard, and things are starting to pay off for them.”

There are nights when it is clear that a starting pitcher cannot find his comfort zone out of the gate and for Cyclones pitcher Jake Simon, his struggles kept compounding in the first inning as he threw 38 pitches and faced eight batters.

“The first inning was the one that killed us,” Brooklyn manager Edgardo Alfonzo said. “When you get behind the hitters, it’s hard to come back. If a pitcher throws a first pitch strike, it changes the whole at-bat. If you fall behind hitters, you need to locate pitches. It affected his pitch count, and it was not good.”

After Oswaldo Cabrera had led off the game with a walk, Wilkerman Garcia fouled off an array of offerings to work a 12-pitch walk. Staten Island capitalized on run scoring singles from Dom Thompson-Williams and Jason Lopez to notch four runs before starter Trevor Stephen took the mound. Simon lasted 1.1 innings, allowing four hits, five runs, four walks, and one hit batsman.

“That was a tremendous at-bat,” Mosquera said. “He fouled a lot of pitches out of that and drew a walk. It really got us started in the right direction in this game. It was the entire lineup following the same approach, and it was good to see how patient the guys were, and it led to a great start for our club.”

Stephen, making his third start with Staten Island, look to use the sizable lead on the scoreboard to settle into his outing and execute his pitches, but the Cyclones began working their at-bats to cut into the margin. Brooklyn notched three hits in the second inning as Stephan allowed his first earned run in New York-Penn League action. Another run had crossed the plate before Stephan exited after 2.1 innings, allowing five hits and two runs.

“He’s a competitor. He tries to mix his pitches in and out, and that’s what you want to see from a young starter,” Mosquera said. “I like everything he does. He goes out there and tries to give you the best he can, and he is able to utilize all of his pitches.”

Despite Brooklyn’s efforts to inch closer, the Staten Island bullpen held them in check and minimized opportunities. Relievers Will Jones and Justin Kamplain combined for 6.2 innings allowing three hits, one run, and struck out five to provide another strong effort in the victory.

“They have been doing this all year. They go about their business, and each individual in that bullpen knows what they have to work, and they get the job done,” Mosquera said. “It’s good to see the bullpen do its job every single night. Kamplain, in particular, did a great job utilizing all of his pitches and attacking the hitters.”

Staten Island recorded its 20th win in the first 27 tries on Monday and extended their lead to 5.5 games in the McNamara Division after the Aberdeen Ironbirds split a doubleheader in Lowell against the Spinners. Their series in Coney Island resumes on Tuesday with Daniel Alvarez (1-1, 3.86 ERA) taking the mound opposed by Jose Carlos Medina (0-3 2.60 ERA).