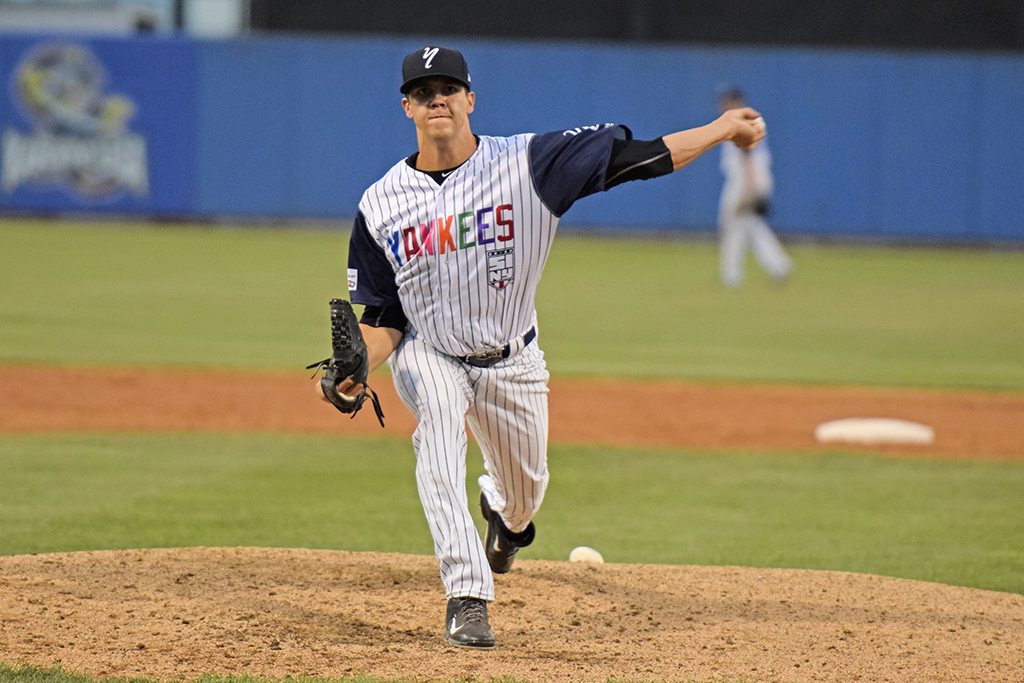 The Tampa Yankees were in Fort Myers again trying to comeback from giving up a three-run lead in the ninth inning Saturday night. Vicente Campos was on the mound making his ninth start looking to continue his recent success. In his last start Campos gave the Yankees seven shut-out innings over a win against Jupiter.

In yesterday’s game the Miracle and Yankees combined for 17 runs, that wasn’t the case at all today. The Twins had Kyle Gibson making a rehab start for Fort Myers, along with Campos who has been pitching well, the day called for a low amount of runs from the start. Though Campos gave up two singles in the inning, the run that crossed for the Miracle in the second was from a throwing error on Francisco Diaz. That’d be the only run to cross the plate with Campos on the mound. That 1-0 score stayed until the eighth inning where the Yankees would finally come through. Campos gave the Yankees seven innings giving up the unearned run and striking out four.

In the eighth, with Austin Aune and Francisco Diaz on base, Vicenete Conde hit a deep fly to left that would drop in. It’d be a two-run triple for Conde and it gave the Yankees a 2-1 lead that would stay briefly. After Campos left the game, Matt Marsh was called on for relief. The 2-1 lead was quickly taken away in the bottom of the inning when Edgar Corcino hit a solo shot to tie the game back up 2-2. Both pitchers held on in the eighth to bring the game to extra innings.

The Yankees couldn’t get Austin Aune home from second and the Miracle had their chance to take advantage of it in the bottom of the tenth. Matt Marsh left the game after a giving up a single and a wild throw from Conde on a bunt would have the runner at third with no one out. James Reeves came in with two on and two out and would hit a batter to load the bags. However, Reeves got the batter to pop out on a 3-1 count to end the inning with the bases loaded. The Yankees would take advantage of the Miracle’s inability to score with three singles back-to-back-to-back in the top of the 11th by Bo Thompson, Zack Zehner (which scored the winning run), and Austin Aune (that scored the fourth run). James Reeves returned in the 11th to put the Miracle down in order to earn himself and the Yankees a win.

The Yankees moved to 27-17 on the season and take back the lead in the FSL North. The Yankees will try to take three of four tomorrow with Ian Clarkin on the mound bright and early at 10:35 AM.