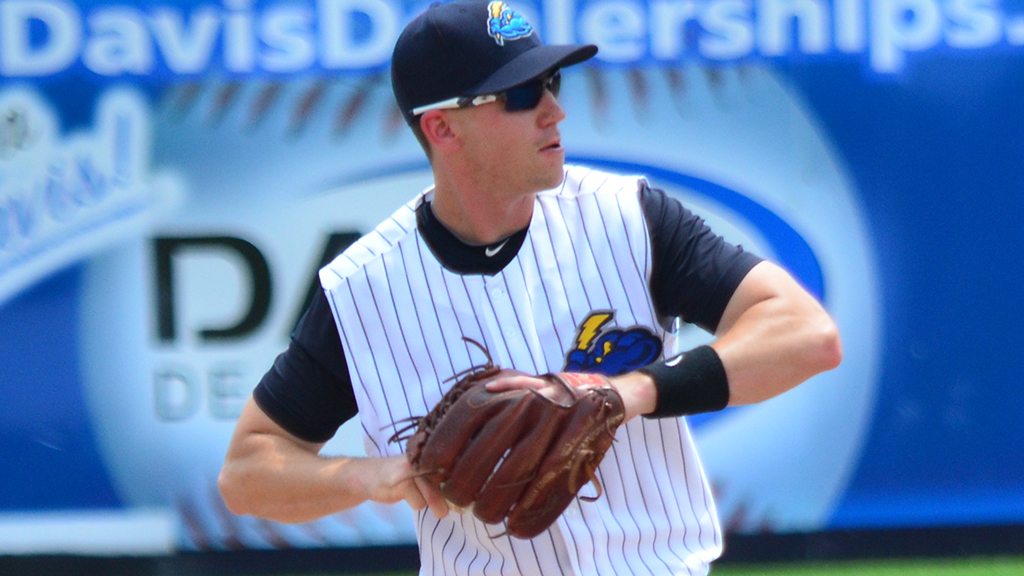 Update:Right-handed pitcher Andrew Bailey has resigned with the Yankees. Now more details are known as of yet.

It’s that time of the year. Time for those minor league players who are eligible to become free agents. Free agency in the minors means one of several things: the player was either signed as a minor league free agent last season, they were designated for assignment by the big club and refused AAA, or they have spent seven seasons in the minors and were not added to the 40-man roster.

This off season the Yankees have fourteen players who have become minor league free agents. That is not including guys like Andury Acevedo, Diego Moreno and Francisco Arcia who have already resigned.

Among the names who have reached free agency is 2007 10th round draft pick Carmen Angelini. The young shortstop was once considered the heir apparent for Derek Jeter, but injuries and failure to hit had him fall out of prospect status. Angelini split the 2014 season between Double-A and Triple-A where he hit a combined .212. He owns a .225 career minor league average.

Another big name on the list is 2008 supplemental draft pick Jeremy Bleich. Bleich was once one of the Yankees top pitching prospects but soon fell out of that status after injuries. The lefty has done well as an organizational arm for the Yankees, picking up innings when and where they need him spending the majority of the last five seasons in Double-A.

Other left-handed pitchers who are among the free agents this year are Francisco Rondon and Nik Turley, who I expect the Yankees to resign quickly as they could provide a lot depth in Triple-A in 2015. Ramon Benjamin a lefty that finished the year in High-A Tampa is also a free agent.

Zolio Almonte and Scott Sizemore are also listed among the free agents. It is unlikely the Yankees would resign either, especially Almonte considering the emergence of several other Yankees outfielders in 2014. Second baseman Jose Toussen split 2014 between Tampa, Trenton and Scranton/Wilkes-Barre. It is likely the Yankees would resign him for infield depth at the upper levels.

Former top prospect Jairo Heredia as well as other right-handed pitchers Andrew Bailey and David Herndon are free agents this year. Along with switch-pitcher Pat Venditte. Venditte made headlines when he made his pro-debut and forced the creation of a new rule. Most see him as a sideshow but the results show he can pitch and get hitters out.

Catcher Jose Gil is likely not to resign with the Yankees neither is first baseman Reymond Nunez as both positions have a backlog in the organization.

As usual expect the Yankees to use their money to their advantage in the minor league free agent race this off season as they try to fill holes in the upper level and provide addition depth for the major league roster.