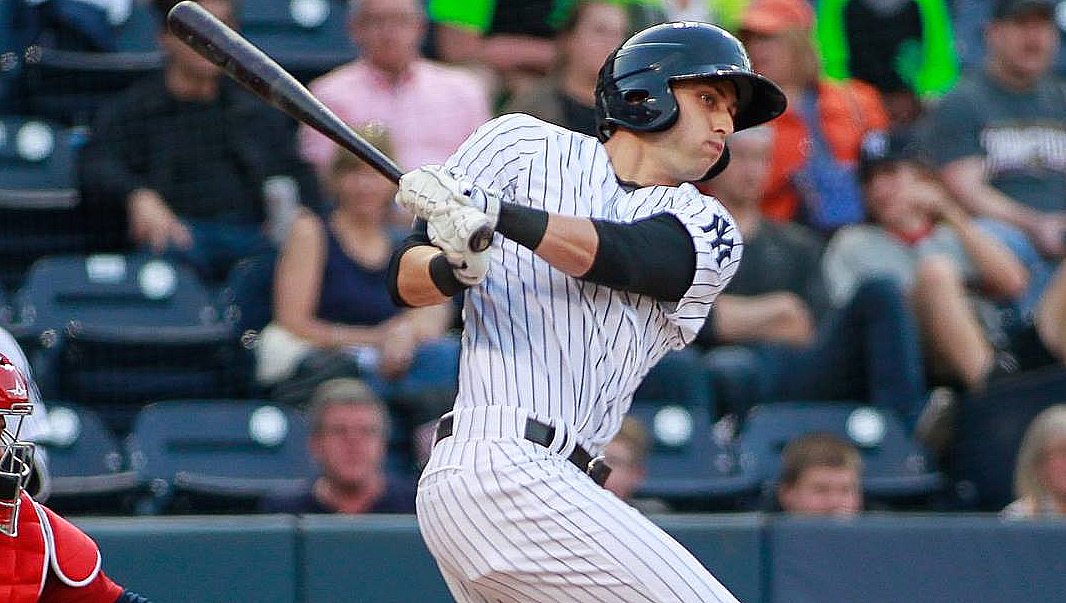 Mike Rosenbaum of MLB Pipeline released his Prospect Team of the Week and New York Yankees prospect Dustin Fowler as his center fielder on this week’s team.  Fowler is the only Baby Bomber to make the team.

Fowler, 22, can be considered one of the top sleeper prospects in the New York Yankees system.  The left-handed hitter was drafted in the 18th round of the 2013 draft does not draw the media attention that some of his Scranton teammates do but he has held his own throughout his career.

Since debuting in 2013 he has hit .280/.314/.438 over 371 minor league games at every level of the system.   While his name does not generate the same buzz as some others in the system he is one that fans could be seeing real soon as after this season he will need to be added to the 40-man roster to be protected from the Rule 5 draft.