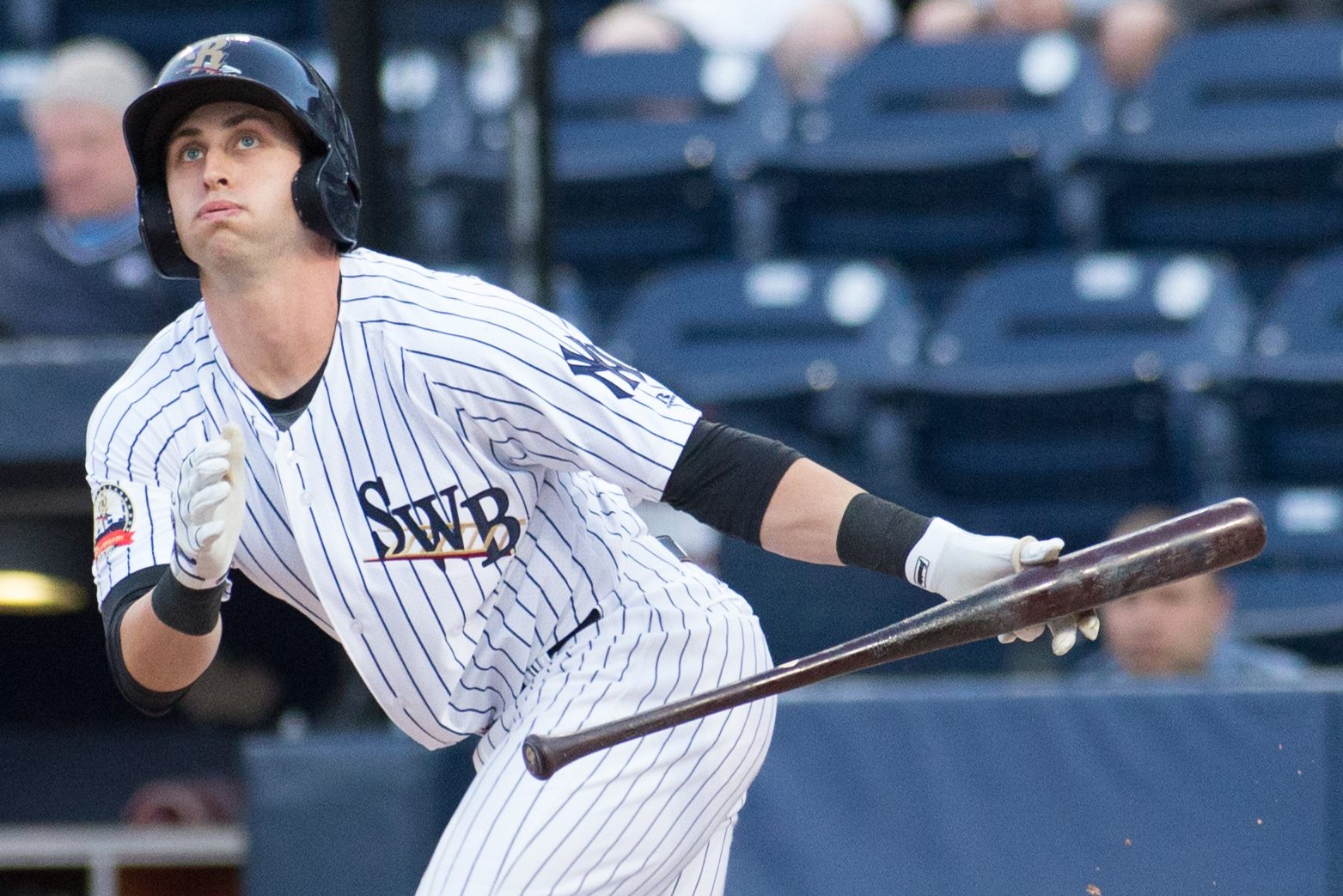 Baseball is a game of executing when opportunities arise. Neither the RailRiders or Red Wings took advantages of their opportunities early but tack on runs in the eighth inning gave SWB a 7-3 win and improved their record to 36-25.

With that being said, Dustin Fowler cashed in with a big night. Fowler, who played center field, went 3-5 with an RBI triple in the first, a double in the second, and an RBI single to shallow left in the eighth. Fowler hit two deep balls to center field but PNC Field gobbled them up on a hot and humid night.

Caleb Smith started for the RailRiders and pitched pretty well until he seemed to run out of gas in the sixth inning. While he could not get out of the sixth inning, Smith went 5.2 innings, allowing six hits and striking out three. He was responsible for serving up two of the Red Wings runs. Smith started to speed up while rain began to pour and admitted that it got to him a little bit. With the victory Smith improved his record to 4-0.

“I think it will effect anybody. Once you get your rhythm, establish your fastball, get ahead in the count, you have the lead, and then all of a sudden the rain and the mound got a little wet.”, said manager Al Pedrique. “Things can change a little bit, especially the mental part. You can tell by what I saw that he could be a little off because of the rain.”

Uber prospect Gleyber Torres also had himself a solid night with three singles and two RBI. Torres has been hot of late and has raised his Triple-A average to .284 with a 13-31 hot streak.

“Every player that gets promoted needs time to feel comfortable, get their feet wet and realize that they belong at this level. He is only 20 years old and early when he got called up he was getting pitched breaking balls and change-ups in fastball counts.”, said Pedrique. “Finally, he has been making some adjustments and tonight he was more aggressive and got good pitches to hit. We are starting to see signs that this kid is very smart at the plate and has a good idea of the strike zone.

Tyler Austin also had two doubles into left field, one of which scored a run. Along with Austin was Greg Bird DH’d but got on base twice with two walks. Bird rolled out to the right side his first two at-bats but as the game progressed Bird seemed to be more locked in at the plate, spitting on pitches just off the inside corner.

“I am getting better every day.”, said Austin. “I think that is the big thing for me, to come in everyday and put together consistent at-bats and try to put the ball in play.”

The RailRiders were up against Chris Heston tonight who has a no-hitter on his resume with the San Francisco Giants in 2015. Heston struggled over his 2.1 innings giving up four runs on six hits. Heston has appeared in two games for the Seattle Mariners and one game for the Minnesota Twins. This was his first start in Triple-A.