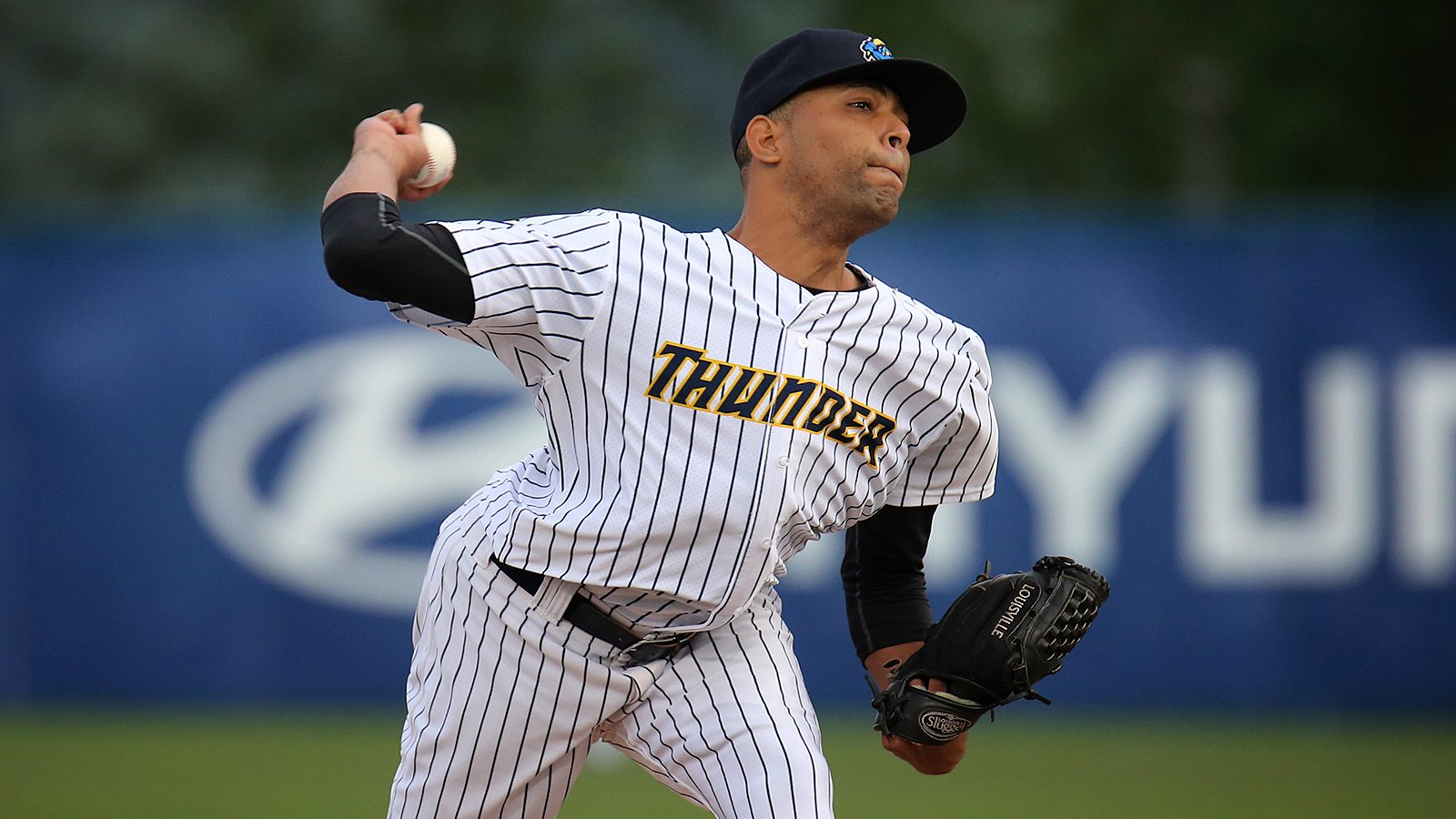 Jose Pena has signed with the Miami Marlins. (Martin Griff)

Multiple sources with knowledge of the situation have confirmed to Pinstriped Prospects that former Yankees minor league pitcher Jose Pena has inked a minor league deal with the Miami Marlins.

Pena, a 26-year old right-hander, had spent his entire career with the Yankees after signing with the organization as an amateur free-agent in 2009. After missing all of 2015 and a majority of the 2016 campaign coming back from Tommy John surgery, Pena had a solid bounce back 2017 that was spent mostly with High-A Tampa, but also brought him limited stints with Double-A Trenton and Triple-A Scranton. In 63 1/3 innings of work spanning 32 appearances between the three levels, Pena went 3-3 with a 3.13 ERA with 76 strikeouts and a .197 batting average against.

In this article:Jose Pena, story