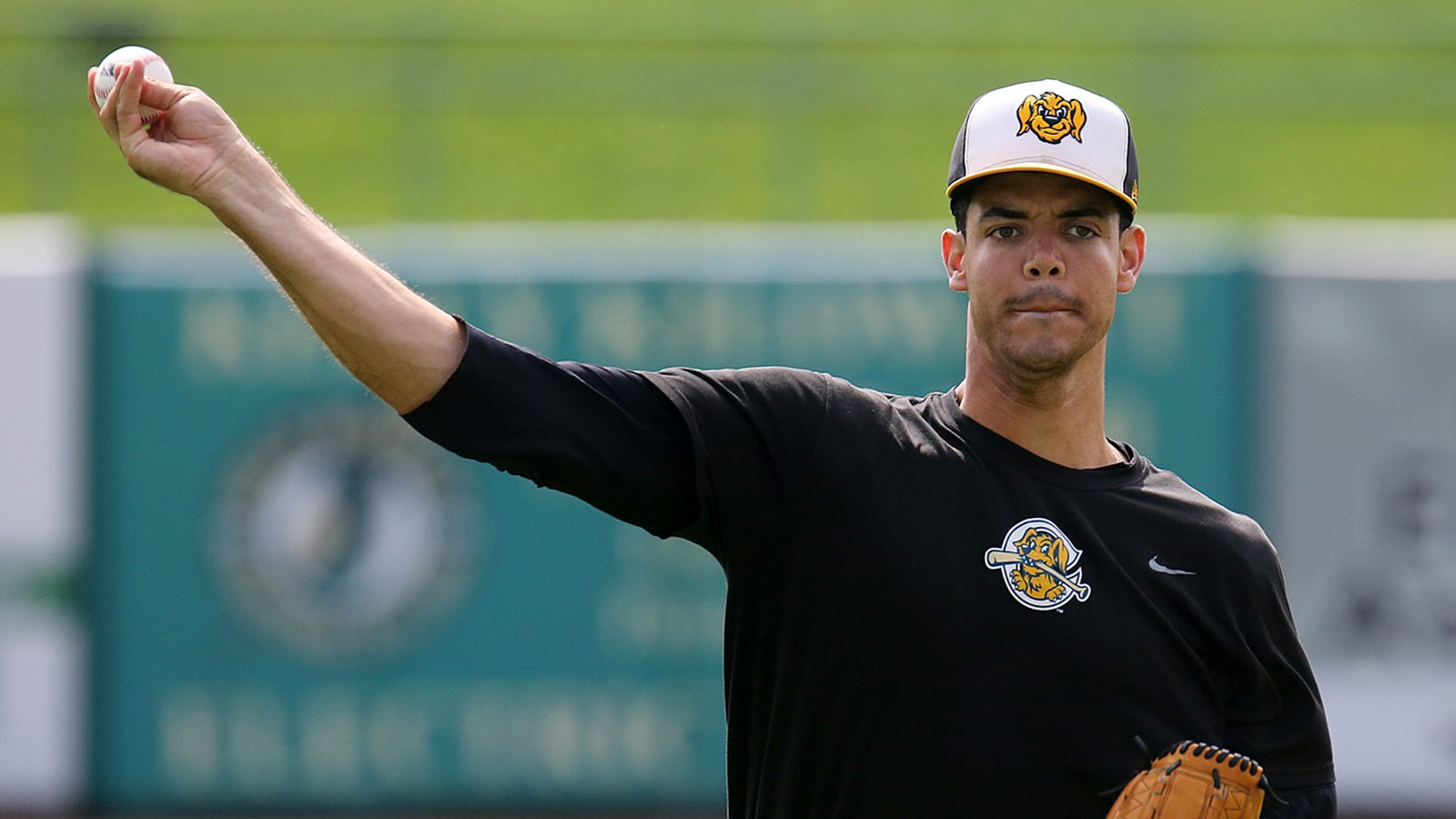 Charleston RiverDogs pitcher Freicer Perez before a game against the Lakewood BlueClaws in Lakewood, NJ on July 17, 2017 (Martin Griff)

The RiverDogs put up single runs in the first and second on RBI ground outs from Isiah Gilliam and Diego Castillo off Jackets starter Raffi Vizcaino (L, 4-6).

Perez (W, 10-3) went five innings allowing just two hits while striking out six Jackets. “(Perez) looked really good, he had a little extra on his fastball. I don’t know if he was feeling extra rested and wanted to amp it up. He knew he was going five innings and thought he could burn a little extra fuel at the beginning of the game, but he pitched really well,” RiverDogs manager Patrick Osborn said.

The RiverDogs broke the game open in the bottom of the seventh against Jackets reliever D.J. Meyers. Eduardo Navas started the inning off with a single up the middle. Castillo chased Navas to third dumping a double down the right field line. Brandon Wagner then singled up the middle against the drawn-in infield to score Navas and make it 3-0 Dogs. Meyers issued a walk to Steven Sensley and then Isiah Gilliam grounded out to second to score Castillo to push the lead to 4-0. Dalton Blaser then ripped a single past Meyers up the middle to plate Wagner and push the lead to 5-0.

Luis Cedeno (H, 2) pitched the sixth and seventh in relief of Perez while Matt Wivinis pitched the eighth and ninth for the RiverDogs. Neither reliever allowed a hit and Wivinis struck out three. “Luis, fresh off the DL, comes in and throws the ball well and then Matt Wivinis whose in his second appearance with us is throwing the ball really well,” Osborn said of his bullpen’s effort.

“We had a couple of soft hit ground balls that got us a couple of runs early, and then we got the three spot on in the seventh, so nice win,” Osborn said.

Diego Castillo continues to be the hottest batter on the team and went 2-for-5 with two runs scored and an RB I. “He’s hot. These guys get into grooves throughout the course of the year and he’s in one of those hot streaks right now. We’ll keep rolling him out there and see if he can continue it,” Osborn said of Castillo.